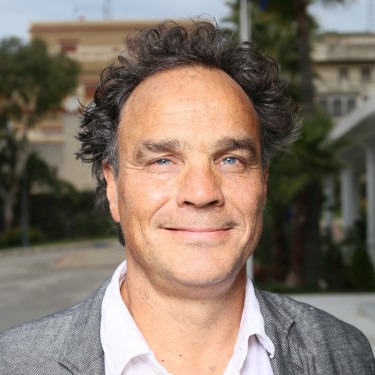 Tony went off to college to Brandeis to study under German-Jewish scholar Frank Manual, an historian of utopianism. It was Professor Manual’s suggestion that he continue his studies with the philosopher Ernst Tugendtat, his friend at the Free University in West Berlin. In East Berlin he wrote an unpublished novel, the first of many, and with his friend David he began the first English school in the former communist capital. From there it was off to the University of Chicago for a Ph.D. in history. While doing research on his doctoral thesis in Jerusalem, he developed an enduring interest in some of the world’s greatest entrepreneurs: German Jews who were too creative for most Germans of their generation. He stayed in Jerusalem to write more unfinished novels as well as a series of published biographies, in English, Hebrew, and German. Inspiring in others disruptive thinking unhampered by orthodoxies has become a passion. In the West Bank village of Abu Dis, he helped launch the Bard-Al Quds University liberal arts college, where he taught Palestinian students creative writing, media studies, and a humanities core. In addition to teaching at UNE Morocco, he is currently working with a team to introduce computer coding camps to refugees in the Middle East and Europe.