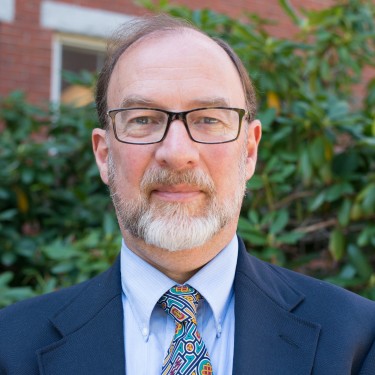 Bill was born and raised in Iowa, and came East thanks to a generous scholarship to attend the Phillips Exeter Academy in New Hampshire.  After graduating from Yale University with a double major in English and Theater Studies, he became a professional stage manager in New York City, working on and off Broadway, on national and international tours and in regional theater.  In 1988 he moved to Maine with his wife, Deborah Wray, to work at Portland Stage Company where he served as Managing Director from 1992 – 1995.  He began working at UNE in 1998 when he was hired as the Associate Director of Development.  During his time here he has served as Associate Vice President for Advancement, Interim Vice President of Advancement, Vice President for Government and Foundation Relations, and in 2014 was appointed as Vice President for Advancement.  He lives in Portland with his wife and has two grown children, Harper and Emma Chance, and a twin brother Robert Chance who also works at UNE.

Bachelor of Arts in English and Theater Studies
Yale University
1976