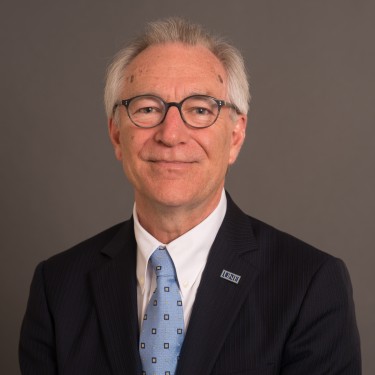 Joshua W. Hamilton, Ph.D., became UNE’s provost and senior vice president for Academic Affairs on April 15, 2018. He came to UNE from Rhode Island College (RIC) in Providence, R.I., where he served as provost and vice president for Academic Affairs. Prior to his position at RIC, Dr. Hamilton served as the dean of the Swenson College of Science and Engineering at the University of Minnesota Duluth (UMD), where he also held tenured professorships in Biology and Pharmacy. Prior to UMD, he served as senior scientist and chief academic and scientific officer (provost equivalent) of the Marine Biological Laboratory (MBL) in Woods Hole, Mass., where he also held a concurrent professorship in Pathology and Laboratory Medicine at Brown University. Prior to MBL, he spent more than two decades at Dartmouth College and Dartmouth Medical School, rising in the ranks from postdoctoral research fellow to professor of Pharmacology and Toxicology. He also served as founding director of Dartmouth’s Center for Environmental Health Sciences and associate director of the Norris Cotton Cancer Center.

Dr. Hamilton’s research has focused on two different areas: the adverse chronic effects of environmental exposures to toxic chemicals on human health, and the development of new therapeutic strategies to treat chronic diseases including cystic fibrosis and cancer. He has expertise in metals toxicology, with a particular emphasis on arsenic, mercury, lead, and cadmium and their effects on human health. He has authored nearly 80 research articles, more than 90 published abstracts, and almost a dozen book chapters, reviews, and reports. He holds several patents and has served as principal investigator on numerous well-funded projects ranging from gene expression to toxicology to clinical trials. Over the years, he has served as the advisor to 10 doctoral graduates, dozens of undergraduate researchers, and has been the recipient of many awards and honors for both research and teaching.

A sought-after presenter, he has been invited to speak at numerous universities across the country, as well as at countless conferences, workshops, and symposia. Dr. Hamilton received a B.S. in Biology from Bridgewater State College in Massachusetts, and he earned both a master’s degree in genetics and a doctorate in Toxicology from Cornell University in Ithaca, N.Y. He was awarded a National Institutes of Health postdoctoral fellowship to support his research training at Dartmouth.