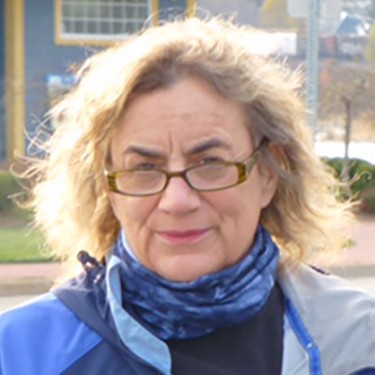 Judith Boudman has worked in non-profit and grassroots settings for many decades and has taught in the campus-based and online programs of UNE since 2004. She has worked as a community organizer, an executive and supervisor, a grant/contract writer, a clinician and an educator. The venues have been mixed: battered women’s shelter and a sexual assault program, crisis program, native American tribal governments, community mental health centers, foster grandparent program, universities, neighborhood organization, hospice and a psychiatric hospital. These work experiences have allowed her to practice in micro and macro settings where she collaborated with many outstanding macro and micro practitioners. As an undergraduate, Judith majored in Cultural Anthropology, minored in Fine Arts and studied classical piano. Upon graduation, Judith was hired as a sculptor’s apprentice and spent exhilarating hours learning casting, modeling clay, building armatures and working with resins and glass. She travelled to Southeast Asia to study Batik and other art forms. Her interest in the Arts has continued to this day and parallels her interest in social work.

Social Work and the Environment