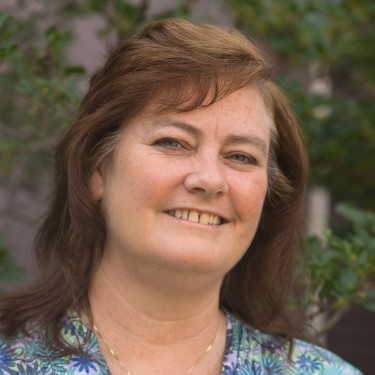 Dr. Kathleen Leahy is a native of Massachusetts who attended the University of Maine at Orono under a swimming scholarship. During her time at UMaine, she earned a Bachelor of Science degree in Education with a concentration in Health and Fitness and was recognized as an NCAA All American Swimmer. Her Scholarly Internship, in 1988, was in a Phase III Cardiac Rehabilitation program at New England Memorial Hospital in Stoneham, Ma.  Dr. Leahy is also a graduate of the University of New England for a Bachelor of Science in Physical Therapy in 1994.  Upon graduation, she began as a Staff Physical Therapist at Southern Maine Medical Center in both acute care and outpatient therapy. Her practice included aquatic therapy, industrial health, SCI, amputees, vestibular and manual therapy. She found a passion for wound care while at SMMC and transitioned to the role of Wound Care Coordinator in 2001. She led a small group of clinicians to  develop and open York County's first Outpatient Wound Care Clinic. Dr. Leahy's role at SMMC grew to include duties as the Supervisor of Inpatient Physical and Occupational Therapy. Meanwhile, she attended Boston University's College of Health and Rehabilitation Sciences: Sargent College and received her Doctorate in Physical Therapy in 2006. Simultaneously, she became the first Physical Therapist in Maine to be a Certified Wound Specialist through the American Board of Wound Management. Dr. Leahy began teaching at UNE in the Doctorate Program, as a guest lecturer, in the Fall of 2006 for the Integumentary Courses and in the musculoskeletal course. In the Fall of 2007, Dr. Leahy took on the role of Adjunct Faculty and primary instructor for the Integumentary courses at UNE.  She also teaches Scientific Inquiry II for the P. T.  department. Dr. Leahy has additional experience in home care and skilled rehabilitation settings. Dr. Leahy was awarded the UNE Distinguished Clinical Faculty Award in 2008 for her work within the Physical Therapy courses. In 2013, she added an undergraduate Adjunct Faculty role in the Westbrook College of Health Sciences at UNE with instructing in the courses of Ethics for Inter-Professional Practice, Methods of Scholarly Inquiry and Issues in HealthCare. Dr. Leahy received recognition in 2018 as one of UNE's Outstanding Clinical Instructors.  As of Dec 2020, Dr. Leahy has transitioned to the role of Standardized Patient Educator in the Clinical Performance Center in the College of Osteopathic Medicine. .