It is difficult to assess from human metabolomics samples if a molecule is made by microbes or not. In our lab’s synthesis-based reverse metabolomics approach, MS/MS spectra are acquired from newly synthesized compounds and searched against public metabolomics data to uncover their phenotypic associations. Proof of concept was demonstrated: a total of 16,587 spectral matches were found for 145 amidates synthesized, representing the single largest expansion of structures in the 170+ year history of bile acids. Some new bile acids were associated with health-related phenotypes such as inflammatory bowel diseases and obesity. Follow-on validation in human cohorts revealed that some cholic and chenodeoxycholic acid conjugates were elevated in Crohn’s disease, of which some were also potent PXR agonists. Because searching repositories with MS/ MS spectra has only recently become possible, this synthesis-based reverse metabolomics approach can now be employed as a general strategy to elucidate structures and discover other new molecules from human and animal ecosystems. 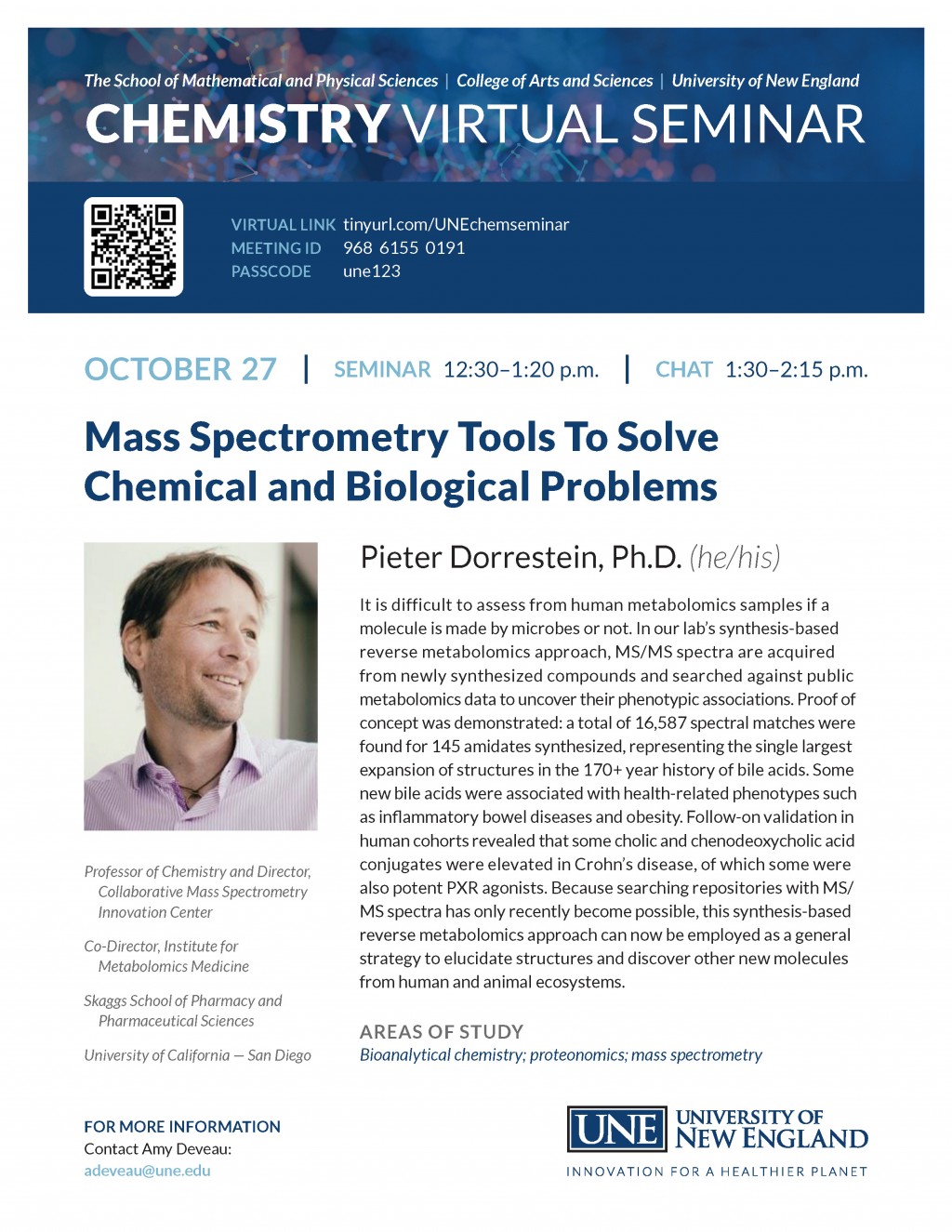