Markus Frederich, Climate Change, and the Future of Crabs 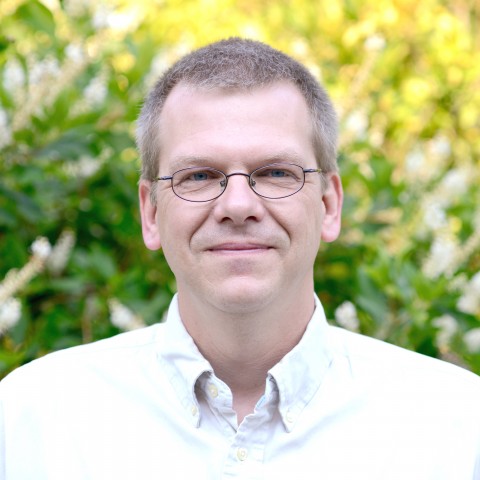 Markus Frederich, Climate Change, and the Future of Crabs

Fifteen years ago, Markus Frederich conducted research for his Ph.D. at the Alfred-Wegener-Institute for Polar and Marine Research in Germany on the question of why there were no crabs in the Antarctic Ocean.

His studies took him to France and as far south as Punta Arenas, Chile. He finally concluded that the problem with crabs is their system’s inability to regulate blood magnesium levels—too much magnesium anesthetizes a crab in cold waters.

But at the end of a paper on his research, he made a "bold statement," predicting that if there was ever a crab that could make it to the Antarctic, it would be Halicarcinus planatus because it was the species with the lowest magnesium concentration in its blood, and global warming might make the Antarctic habitable for the crab.

“It is half a degree warmer,” Frederich says, “and the crabs are there.”

At UNE, Frederich, an associate professor of marine sciences, continues his work on crustaceans, looking at how they deal with stress, especially in the context of global climate change.

Growing up in Germany near Frankfurt, Frederich first got interested in marine science during the vacations his family spent each year on the Atlantic coast of France. “There, I always went to the tidal pools and thought about the critters I would find there. I always found it fascinating, but I was there only three weeks a year.”

It was the pull of the sea that drew him to the University of Bremen for his doctoral work after he completed his master’s degree in biology at the University of Darmstadt, working on a group of ants that were radiated by the nuclear accident at Chernobyl.

But following conventional wisdom within the German academic community at that time, he decided that the safest path to a future research position in Germany was to get some experience abroad, especially in medical biology. He applied to a post-doctoral program at Harvard Medical School and was quickly accepted. He spent the next three years studying the energy metabolism of heart disease, using rats and mice. He was fortunate that his wife was able to follow him to Boston, finding a position in the same research lab. She now works at Maine Medical Center Research Institute.

“I learned a lot at Harvard, and it was a lot of fun, but after those three years I realized I didn’t want to work with rats and mice for the rest of my life — I needed to go back to marine biology. I looked worldwide and came to UNE.”

Frederich now incorporates some of the methods he learned researching energy metabolism at Harvard Medical School in his studies of crustacean stress.

The primary goal is to understand how the animals' systems work in reacting to stress. The second step is to determine how this knowledge can be applied within the context of climate change.

“Which of those animals are well equipped to survive in warmer water, in water with less oxygen, in water with less salinity?” Frederich asks. “There will be clearly some winners and losers. Some species will love it when it gets warmer; others will not make it. By understanding the mechanisms of each species, we can predict this particular species will be able to move further north. This species is maxed out, and it will die.”

Over the past 10 years, about two dozen students have assisted Frederich on projects in his lab that have led to student presentations at regional and national meetings and co-authored publications.

Among several projects, Frederich and his students are currently working on a study to monitor adult green crabs and their larvae in Biddeford Pool, together with a new invasive species that has arrived in Maine, the Asian shore crab.

Not much is known about the impact of the Asian shore crab, which appeared in Maine just five years ago, but Frederich is certain “we will find out very soon.”

Green crabs, which have no commercial value, are an invasive species that was first introduced to the East Coast in the 1870s from Europe. They eat juvenile clams, thus hurting the clam industry, and their numbers appear to be increasing dramatically with warmer water temperatures.

As a matter of fact, after correctly foretelling 15 years ago that Halicarcinus planatus would be the first crab to show up in the Antarctic, Frederich and his colleagues are predicting that green crabs will be the second crab species to turn up in those waters.