Noah Perlut Comes to the Call of the Wild 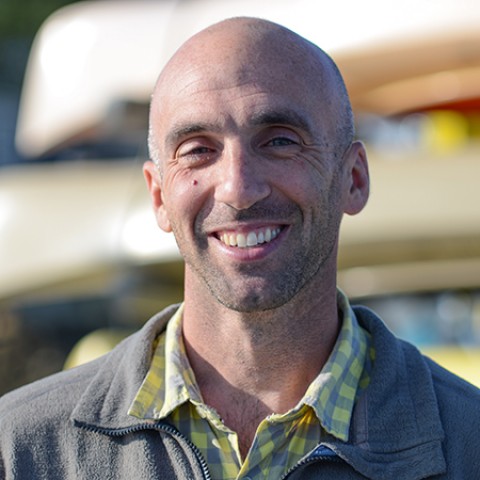 Noah Perlut Comes to the Call of the Wild

Throughout the history of mankind, many a profound thought has been conceived and many a great epiphany has been realized while pulling fish from the earth’s waters. There is something about the act of fishing that has always invited contemplation and introspection. But Noah Perlut’s life-changing moment came not when in pursuit of catching fish, but rather after releasing fish into a river.

An avid fly fisherman as an undergraduate student at James Madison University in the Shenandoah Valley of Virginia, Perlut was put in touch with a state official by the local fly shop owner who had identified Perlut as someone who may be willing to help restock fish in a back country river that had been depleted.  Despite a foot of snow on the ground, Perlut agreed to the task and waded into the frigid water to release throngs of fish. The next day, when he returned to where the river outlets from a reservoir, the first pool was brimming with the fish he had released along two miles of river.  “There were so many, you could literally put your hand in it and just pull one out.”

The sight made an impact on Perlut, and he began asking himself questions. First he questioned the practice of stocking fish. Then he started to wonder:  Are there other animals that tie their migrations to the migration of fish?  He realized that these were the sorts of questions that intrigued him.  Already a second semester junior, Perlut didn’t want to change his major of English and Speech Communications so late in the game, so he got an internship in wildlife education and used that as a springboard for graduate school.  There, he aligned his burgeoning interest in wildlife and the environment with his academic studies, first getting a master’s degree in environmental conservation management and then a Ph.D. in natural resources with a concentration in wildlife biology.

Between his graduate degrees, a variety of internships and field jobs took him throughout North and Central America, including a job rehabilitating injured eagles in Alaska—a job that switched his main focus from fish to birds. Perlut came to UNE from a post-doctoral position in Vermont, and has found UNE to be an ideal setting for his work.  “I get to do it all,” he said enthusiastically during a late summer interview in his office on the Biddeford Campus.  “I get to research the things that I find exciting; I get to integrate students into my research and share the experience with them.  And the physical resources on and around campus are incredible.  I teach one class that meets at 6:30 in the morning, and we walk out to the woods and band birds for three hours twice a week.”

Perlut’s passion for his work can be discerned from the sheer number of projects in which he is engaged. From studying the influence of haying and grazing on grassland birds to determining if a federally funded forestry program to increase the quality of forest bird habitat on private lands is working; from evaluating bird communities in the marshes along the tidal waters of the Saco River to following the gray squirrel population via radio collar; from assessing the costs and benefits of rooftop nesting by Herring Gulls to studying the migration patterns of the Caribbean Martin in Dominica, Perlut’s energy for his research is boundless.

A true environmentalist, Perlut often commutes to work—about 12 miles each way—via bicycle or a combination of bicycle and river ferry.  The existence of the latter resulted from a pilot study conducted in his Introduction to Environmental Issues class to determine the viability of offering Saco River ferry rides to and from the Biddeford Campus as a means of reducing carbon emissions from cars. (When forced to drive, Perlut uses a hybrid.) He also serves as co-chair of UNE’s Environmental Council, which works to bring positive environmental changes to the University. During the summer of 2013, Perlut was instrumental in the council’s adoption of a student-written plan to reduce the mosquito population on the Biddeford Campus by natural means, such as planting mosquito-repelling plant life and encouraging mosquito-eating bats to roost and birds to nest on campus.

Perlut’s eagerness to collaborate with students and include them in his research may be one of his best attributes as a professor. He gives students plenty of field work experience and even the opportunity to co-author articles for academic journals. When asked how he thinks his students view him, Perlut surmised that they would describe him as “enthusiastic” and as someone who is “not afraid to get a little dirty . . . or muddy . . . or wet.”

Good thing—or he may never have waded into the river to stock fish.