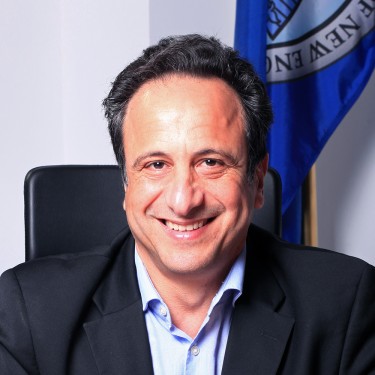 Founding Director of the Center for Global Humanities

Anouar Majid is Vice President for Global Affairs, founding director of the Center for Global Humanities (Maine, USA) and the Tangier Global Forum (Morocco), and founding chair of the Department of English, which he headed from 2000 to 2009. He conceived and established UNE's campus in Tangier and is the managing director of UNE's operations in Morocco. Majid has published widely on relations between Islam and the West. He is the author of Islam and America:  Building a Future Without Prejudice (Rowman & Littlefield, 2012; paperback edition, with new preface, 2015); We Are All Moors: Ending Centuries of Crusades Against Muslims and Other Minorities (University of Minnesota Press, 2009); A Call for Heresy: Why Dissent is Vital to Islam and America (University of Minnesota Press, 2007), Freedom and Orthodoxy: Islam and Difference in the Post-Andalusian Age (Stanford University Press, 2004), Unveiling Traditions: Postcolonial Islam in a Polycentric World (Duke University Press, 2000), and the novel Si Yussef (Quartet, 1992; Interlink, 2005). Majid published articles in Cultural Critique, Signs, Chronicle of Higher Education, Washington Post, New York Times and other national and international publications. His life and work were featured on Al Jazeera television and the Bill Moyers Journal. He was the co-founder and editor-in-chief of the print magazine Tingis, a Moroccan-American magazine of ideas and culture, which he edits online at Tingismagazine.com.