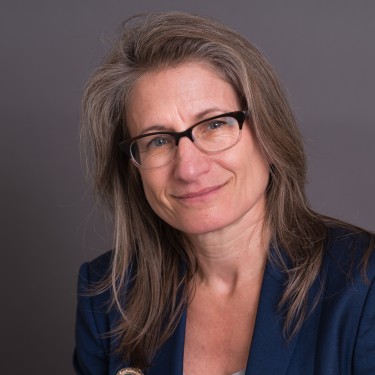 Jane Carreiro, DO is Vice President of Health Affairs and Dean of the College of Osteopathic Medicine at the University of New England. She is a Tenured Professor who has served as Director of Graduate and Continuing Medical Education, and Chair of the Department of Osteopathic Manipulative Medicine. In addition to her long tenure at UNE, Dr. Carreiro holds a visiting faculty position at the Winer Schule fur Osteopathie in Vienna, Austria and is Honorary Chief of Pediatric Manual Medicine for the Deutsche Geselishaft fur Osteopathische Medizin (Germany Academy of Osteopathic Medicine). She has served as faculty and medical consultant at the Royal Melbourne Institute of Technology University in Melbourne Australia, the European School for Osteopathy in Maidstone England, and the Osteopathic Centre for Children in London.  Dr. Carreiro is Past Chairman of the Board of Directors of the Osteopathic International Alliance and Past-President of the American Academy of Osteopathy. She serves on the Osteopathic Recognition Committee for the Accreditation Council for Graduate Medical Education and as an expert advisor on training and practice guidelines for the World Health Organization. Her research interests include pediatric manual medicine, and the innervation patterns and functional anatomy of the spine and pelvis. She has published in Spine, Archives of Pediatric and Adolescent Medicine, and the Journal of the American Academy of Osteopathy. She has contributed to many clinical texts and authored Pediatric Manual Medicine and An Osteopathic Approach to Children, both of which have been translated into multiple languages. Dr. Carreiro has received numerous awards for teaching and service including the 2015 Andrew Taylor Still Medallion of Honor. Her clinical practice focuses on pediatric osteopathic manipulative medicine, and the non-pharmaceutical management of pain and other neuro-musculoskeletal disorders in children. She holds board certifications from both the American Osteopathic Board of Family Physicians and the American Osteopathic Board of Special Proficiency in Osteopathic Manipulative Medicine.

Can the addition of OMT to standard care of acute otitis media shorten the duration of the presence of fluid in the middle ear?

Osteopathic manipulation in otitis media; innervation patterns in the pelvis and sacral areas.