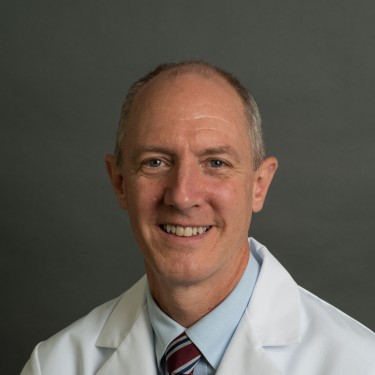 Dr. Jay Beauchemin received his DDS degree from Georgetown University School of Dentistry in 1986. He was in private practice for 28 years before joining the College of Dental Medicine full-time. In 2016, he completed his Master's degree in Medical Education Leadership at the University of New England. He was elected and has served as the College of Dental Medicine's first Faculty Assembly Chair since 2015.

Earlier in his career, Dr. Beauchemin was a co-founder of the Biddeford Free Dental Clinic (1993) and the Dental Wellness Center of the Biddeford Free Clinic (2010), at which he served as director until 2015. He also served on the Board of Directors of the parent organization, the Biddeford Free Clinic, from 1993 to 2015. Dr. Beauchemin is a member of the York County, Maine, and American Dental Associations as well as the Academy of General Dentistry, in which he holds Fellowship status. He also holds membership in Omicron Kappa Upsilon and the International College of Dentists, as well as the Casco Bay Chapter of the Seattle Study Club.

Fellowship, Fellow of the Academy of General Dentistry
(Chicago, Illinois)