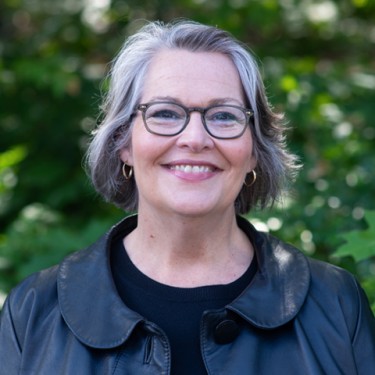 Associate Provost for Research and Scholarship

Houseknecht’s career, which has spanned academic and corporate research environments, has focused on her unwavering passion around the discovery and development of novel therapeutics for the treatment of diabetes, obesity and mood disorders, with a specific focus on patient safety. In her role as an educator, she trains students in the disciplines of pharmacology and pathophysiology across healthcare disciplines and has a strong interest in inter-professional education.

Houseknecht earned a B.S. in Animal Sciences from Virginia Tech, a M.S. in Animal Nutrition from the University of Georgia and a Ph.D. from Cornell University. She then received post-doctoral training as a research fellow in endocrinology and metabolism at the Beth Israel Hospital, Harvard Medical School. Training with Barbara Kahn, M.D., and Jeffry Flier, M.D., her research focused on insulin signaling defects leading to insulin resistance as well as the biology of the newly discovered hormone, leptin.

Houseknecht joined the faculty of Purdue University's Department of Animal Sciences as an assistant professor in 1996, establishing a laboratory focused on the biology of leptin. As a faculty member at Purdue, she also served as honorary visiting professor in Clinical Medicine at the Karolinska Hospital in Stockholm, Sweden. In 1998, Karen joined Pfizer Global Research and Development where she served as associate research fellow in diabetes drug discovery, division of cardiovascular, metabolic and endocrine diseases. While at Pfizer, Houseknecht led drug discovery teams focused on the discovery of novel diabetes therapeutics. Prior to joining UNE, Houseknecht also served as vice president of global research and development at ASDI, Inc., a multinational company providing products and services for clients in the pharmaceutical, biotech, academic and NGO research sectors.

In 2008, Houseknecht joined UNE as a founding faculty member in the College of Pharmacy. In this role, she served as course director in Pharmacology and an instructor in Pathophysiology. She also helped found the UNE International APPE program in collaboration with the faculty in Pharmacy at the University of Granada, Spain.  Houseknecht’s teaching efforts were recognized by second year pharmacy students with the 2015 Teacher of the Year Award. In addition to her teaching and service efforts, Houseknecht also maintained a NIH-funded research program that provided research opportunities for pharmacy students. In 2015, Houseknecht joined the faculty of the UNE College of Osteopathic Medicine as a professor of Pharmacology, teaching in the first and second year medical curriculum.

Houseknecht’s NIH-funded research program lies at the interface of neuroscience, endocrinology and metabolism and she is the author of over 60 peer-reviewed publications. Whether studying drugs of abuse or psychiatric medications such as atypical antipsychotic medications, her research focuses on the pharmacology underlying mechanisms of action (efficacy) and mechanisms of adverse events (safety), with specific focus on medication-induced dysregulation of energy metabolism including diabetes. Current, funded projects in the laboratory include 1) elucidating the mechanisms associated with drug associated fracture rates and bone loss and 2) drug discovery efforts aimed at creating safer medications for the treatment of chronic pain.

Throughout her career, Houseknecht has been an advocate for women in science and has served as a scientific mentor in both the academic and pharmaceutical organizations. In 2005, she was awarded the Power of Women Award for her work supporting educational and leadership opportunities for women in girls. In 2006, she was recognized with the Women of Innovation Award for Large Business Innovation and Leadership by the Connecticut Technology Council and was elected to the National Board of Directors for the Association of Women in Science (AWIS). In 2007, Houseknecht was awarded the Outstanding Alumni Award from Cornell University, College of Agriculture and Life Sciences for her scientific achievements, leadership in the pharmaceutical industry, advocacy for women and girls and support of Cornell’s mission. Most recently, Houseknecht was recognized by the Connecticut women’s Hall of Fame as one of the best of “A New Century of Women in Science.”