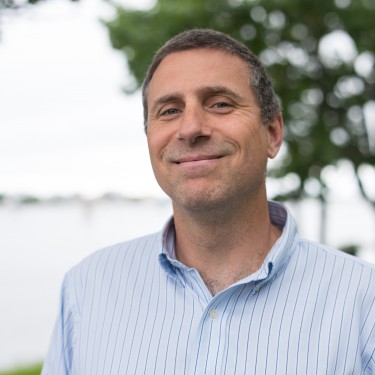 Michael J. Cripps serves as academic director of the newly formed School of Arts and Humanities at the University of New England. He also directs English Composition, as well as the university's innovative HuMed Program. He is Editor for Across the Disciplines: A Journal of Language, Learning, and Academic Writing, an online, international peer-reviewed journal that publishes articles related to writing in disciplinary contexts. He serves on the editorial board for the WAC Clearinghouse, a venue internationally recognized as the leading resource for information related to the writing-across-the-curriculum movement, and is a founding member of the Association for Writing Across the Curriculum (AWAC). He is a member of the Northeast Writing across the Curriculum Consortium (NEWACC), the first regional WAC organization in the US, and serves as the webmaster for NEWACC.  He was the recipient of the 2005 Kairos Best Webtext Award for "#FFFFFF, #000000, & #808080: Hypertext Theory and WebDev in the Composition Classroom," published in Computers & Composition Online. He teaches first-year writing at UNE, as well as a variety of advanced composition courses.

Cripps, Michael J., Hall, Jonathan, & Robinson, Heather. "A Way to Talk about the Institution as Opposed to Just my Field": WAC Fellowships and Graduate Student Professional Development. Across the Disciplines, 13.3. 2016.

Cripps, Michael J. "The Faculty Administrator." Inside Higher Ed (May 2014).

"Confirming and Contesting Perceptions of Spaces for Writing: Putting CSWC and Institutional Data in Conversation with the Writing Curriculum." April 2011: Conference on College Composition and Communication.

"Writing in the Core and in the Majors: What the Consortium for the Study of Writing in College Questions Can (and Cannot) Tell Us" November 2010: Third International Writing and Critical Thinking Conference

"Basic Writing in a Vacuum: Supporting Developmental Writers in a Post-Remediation World." February 2009: Basic Composition in the Works Conference.

"Crossing Borders and Collaborating with Stakeholders" May 2008: International Writing Across the Curriculum Conference.