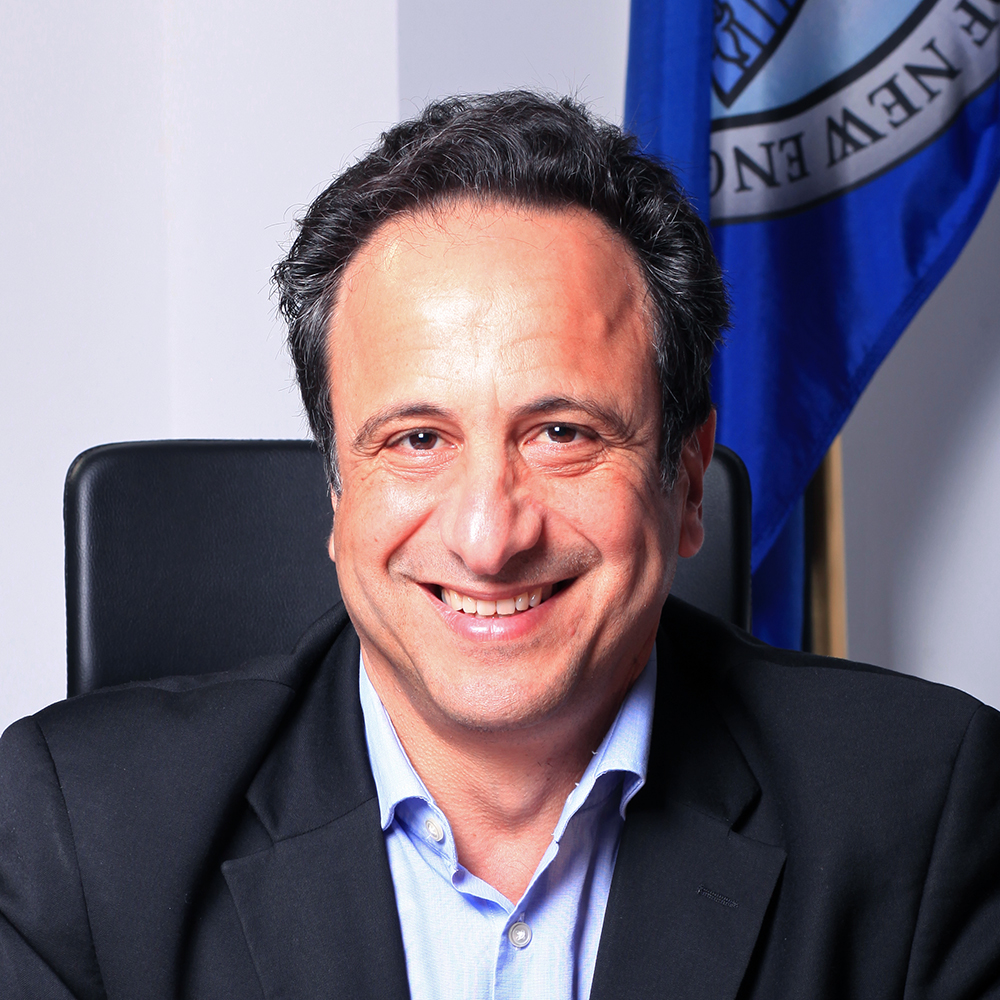 Vice President for Global Affairs Anouar Majid has primary responsibility over globalizing the experience of learning at the University of New England. His office oversees UNE's Tangier campus in Morocco, all partnership agreements and research collaborations with foreign institutions, all study away experiences, and any form of international exchange.

Majid has a longstanding interest in the related issues of culture, identity and globalization. His critically acclaimed academic books have been published by leading university presses, such as Minnesota, Duke and Stanford. His book on America and Islam designed for the general reader was published by Rowman & Littlefield in 2012 and reissued in paperback, with a new preface, in 2015. Majid is also a novelist and co-founder and editor of Tingis, an online magazine. (View Majid's scholarship profile.)

Majid is equally interested in the relationship between scholarship and education. He has published three articles on culture and education in the Chronicle of Higher Education, two of which have been reprinted as lead articles in Education Digest, the Association of American Colleges and Universities’ Diversity & Democracy, as well as in various college textbooks. To date, the New York Times has published six of Majid’s letters to the editor on higher education. To launch the Center for Global Humanities, Majid published an op-ed on the significance of the humanities in Maine's Portland Press Herald.

Majid lectures regularly in the United States and around the world on the topics of identity, Islam, the West and coexistence. Because of his cross-cultural work, he represented the Kingdom of Morocco in a first-of-its-kind summit with the National Association of Evangelicals hosted by the World Bank in 2008. Besides the Chronicle of Higher Education, his articles, op-eds and interviews have appeared in major American, Moroccan, and international media outlets. His work and life have been profiled on the Bill Moyers Journal, NPR stations, Al-Jazeera, the Australian Broadcasting Corporation, France 24, among others.

During his tenure at UNE, Majid has taught courses on African, Arab, Mexican, Native American, American and international literatures and cultures as well as on cultural studies, film and postcolonial theory. He hosted university-wide colloquia for many years, led several educational trips to Morocco and Mexico, and directed UNE’s first semester-abroad program in 1997. He spearheaded the feasibility study for the Global Studies major in the 1990s and was its founding director. He also founded the Department of English, which he chaired from 2000 to 2009, and the Center for Global Humanities in 2009, which he continues to direct. After hosting prominent lectures on the Tangier campus, he launched the Tangier Global Forum in September 2016.