Samantha McPherson (M.S. Marine Sciences, ’21) is using her expertise as a shark researcher to train lifeguards on shark behavior and inform the public about smarter ways to use the beach.

Maine residents have been on high alert since the state’s first fatal shark attack, by a great white, claimed the life of a seasonal Harpswell resident in late July. But even before that fateful day, University of New England student Samantha McPherson (M.S. Marine Sciences, ’21) had been working to keep southern Maine residents safe — through education.

A DeLand, Florida, native with a strong interest in ecophysiology, McPherson has spent part of her summer working with Kennebunk Fire Rescue to train lifeguards on how to respond to shark sightings and what to expect, behaviorally, from the predatory fish. She has even assisted with public relations, drafting social media posts to inform the public about safe swimming practices and local shark sightings, as recently happened in neighboring Wells.

“It’s great for me to use what I’m studying at UNE to actually help the local community,” said McPherson, who has wanted to research sharks since her time as an undergraduate student at Stetson University — where, in the absence of a shark research program, she primarily studied rattlesnakes.

McPherson’s work has also helped establish a partnership between UNE and the town of Kennebunk. She is regularly called to offer her expertise on not only shark sightings but also instances of beached seals.

“The town has offered to help me with research in the future and give me access to data they’ve been able to collect on sharks and seals, so we’re establishing a good relationship that can hopefully help other people conducting research at UNE, as well,” she said.

Charles Tilburg, academic director of the School of Marine and Environmental Programs, described McPherson as an “ideal ambassador” for UNE and the scientific community to the public.

“Sam’s work on shark behavior is both fascinating to scientists and important to Maine’s coastal communities. I am looking forward to seeing the results of her graduate work, but I also appreciate the relationships that she has built with our local community,” Tilburg said.

Driving McPherson’s work is also the desire to inform the public about shark behavior, not just how to stay safe from possible attack.

Part of that work entails research about the sharks’ primary target: gray seals.

The seals have made a comeback in the Northeast, and, within the past decade, sharks have begun to aggregate in greater numbers to where the seals are. This has occurred particularly around Cape Cod, but also in Maine, which has brought them closer to people, McPherson explained.

“As a result, there is a growing potential for more negative human interactions,” she said. “We don’t have the complete picture about the ecological role of the great white shark in this region since this is a relatively new phenomenon, so the goal of our research is to learn more in order to make the most informed management decisions. If we understand how the sharks fit into the food web and in this ecosystem, and if we know more about their behavior while hunting close to shore, then we can inform people on how to use the area smarter.”

After graduating from UNE’s Master of Science in Marine Sciences program next May, McPherson said she hopes to continue in higher education and earn her Ph.D. to pursue a career in research — in whatever form that may take.

“I don’t know if I’ll end up in academia in the end or doing wildlife research for a government agency, but I definitely want to stay in research,” she said. 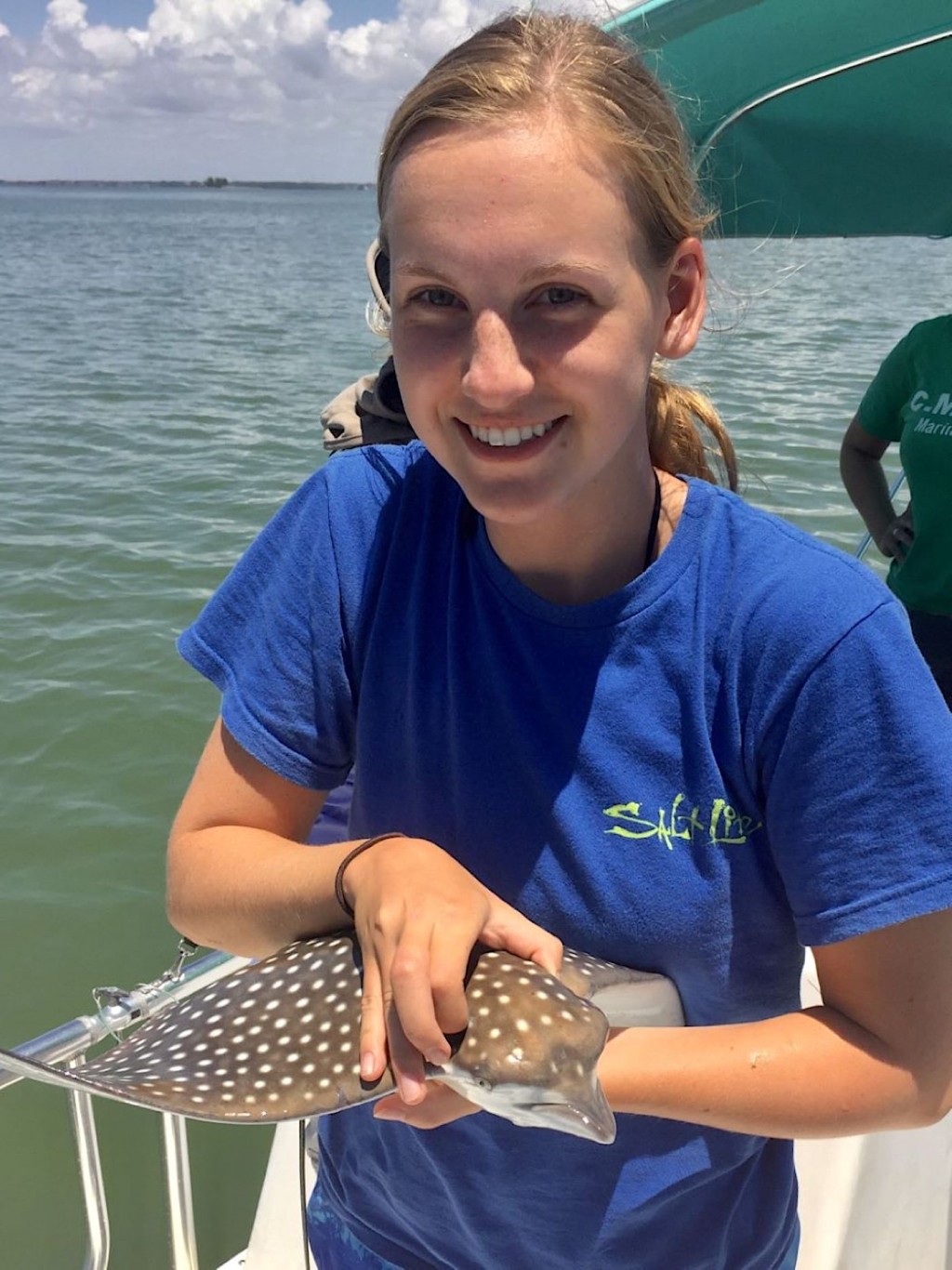