Student combines marine science major with her love of art

Some students learn best by picturing things and viewing images.

“I'm a visual learner,” explained Crista Kieley (Marine Science, ’21). “I think art is a really underutilized tool in communicating things. Data and numbers just don't really resonate with everyone. I feel art should be much more widely used in subjects such as science.”

For last few years, Kieley has been producing some highly accomplished work in scientific illustration. It has allowed her to combine her marine ccience major with her minor in art.

“I was interested in both oceanography and art coming into school and the opportunity to combine them came up after I took a scientific illustration class,” she stated.

Kieley took that class during her time off from UNE at John Carroll University (JCU) near her home in Ohio. Her successful completion of that summer class led to an invitation for an independent study with her professor Christopher Sheil, Ph.D., and JCU student Nour Altabbaa.

The three produced illustrations of the dusky smooth hound, also called the smooth dogfish or the dog shark. Those illustrations will now be used for a study and dissection guide for JCU students.

Crista also designed an independent study in Marine Illustration this spring with Oran Suta, BFA, medical illustrator with UNE’s College of Osteopathic Medicine and adjunct instructor with the Department of Arts, focusing on marine organisms of the rocky inter-tidal zone.

“It is gratifying to see such excellent student work crossing disciplines at UNE and see the flexibility and dedication that our faculty and staff bring to facilitating this important work,” commented Stephen Burt, M.F.A., chair and associate professor in the Department of Arts.

UNE Provost Joshua Hamilton, Ph.D., says this work is a perfect example of the type of interdisciplinary collaboration he hopes to see as a result of the new structure of schools within the College of Arts and Sciences.

"We want students to be as interdisciplinary as possible, rather than seeing their education as following narrow, disciplinary alleys,” he stated. “This project is a perfect intersection of art and science. I hope we can encourage all students at UNE to do more of this type of work along their educational journey."

Kieley is spending this summer combining her two passions by creating marine illustrations during a remote internship with the Northwest Fisheries Science Center in Seattle, Washington, one of six regional science centers for NOAA Fisheries.

“For a career, I do want to be a scientist,” she said. “I hope to still incorporate art, making illustrations for my papers. Even if it has to be a side thing, I don't want to give up either one.” 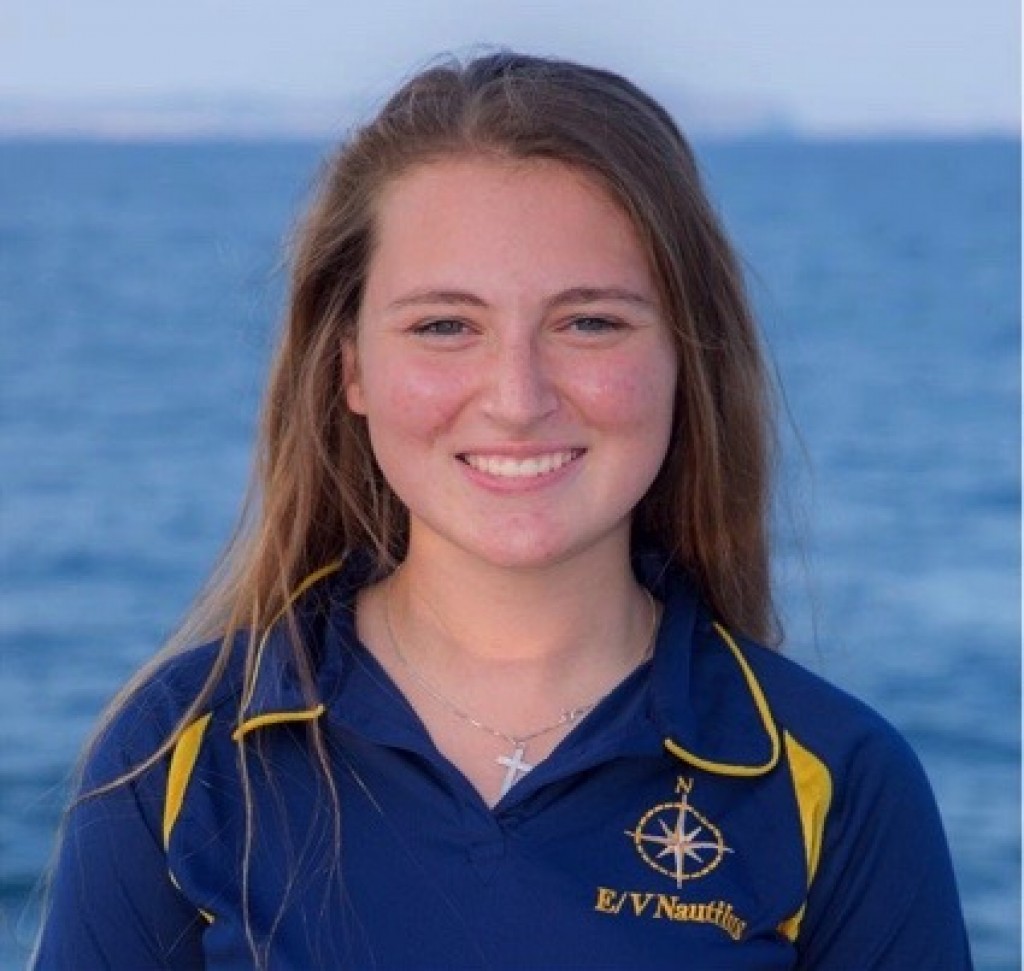