Growing up in Connecticut, Narciso has been a fan of the Boston Red Sox as far back as he can remember. So, he was thrilled to learn he had landed an internship with the team’s Double A affiliate the Portland Sea Dogs.

“We were going to learn every aspect of game day and what things are like on days off,” he explained. “We could be helping to sell tickets, handing out programs, working with promotions on the field, or planning those promotional events on days off.”

Narciso learned in November that he had been selected for the internship. Then, right before the season was to start, COVID-19 hit.

“We had training scheduled for April 4th, and April 9th was opening night,” he recalled.

Chris Cameron, vice president of communications and fan experience for the Portland Sea Dogs, says Narciso was one of several interns he had lined up for the season.

“They were eager to go, but we started off with our season being delayed,” he commented. “Honestly, I thought we’d be playing by Memorial Day, but then it became clear we were not going to be able to accommodate them with in-person internships.”

Narciso says he was crushed by news that the season had been canceled.

“It was heartbreaking and devastating for me because I thought this would be the start of a career,” he stated.

Rather than give up, he and Aimee Vlachos, Ed.D., assistant lecturer in the Sport Management and Recreation program, came up with an idea to do a remote internship.

“Brandon was really eager to be involved,” said Cameron. “They came up with a sort of research project and asked if I would be on board with that. I said ‘absolutely.’”

Narciso began work on his project by investigating how other baseball teams use social media to try to attract a younger fan base. He contacted social media managers from several major and minor league teams. He then followed their posts on Facebook, Instagram, Twitter, and TikTok.

“I looked to see what they were posting, how many posts they had on each platform, and how may followers they had,” he said.

He then reached out on his own social media accounts to conduct a survey on what would get more young people to follow baseball via social media. He received more than 150 responses.

Cameron says the information Narciso gathered was very valuable, given the fact that social media was the main way the team worked to keep fans engaged during the canceled season.

“We really ramped up our social media presence during this time,” he stated “So, having him do this research was fantastic in helping us with that process. We've always struggled with getting young adults, college age millennials, out to the ballpark. Brandon brought a great perspective to us.”

Cynthia Simon, director of the College of Arts and Sciences Internship Office, says that when COVID-19 hit her office wanted to provide interns with alternate opportunities that worked for them, given the many struggles they faced.

“Some professors were quick to offer students creative research options and Brandon seized upon the opportunity to perform research under Aimee Vlachos for the Sea Dogs,” she explained. “Brandon applied his classroom knowledge, advanced his career skills and abilities, and strengthened his professional network -- outcomes typical of a successful internship. In a most difficult time, this was a was a home run for everybody.”

These are unprecedented times. Sometimes, you have to find new and creative ways of doing things.

“During this time of COVID-19, they key word is ‘adjust,’” commented Cameron. “That is what we have done with our entire organization and that is what Brandon and his professor did.” 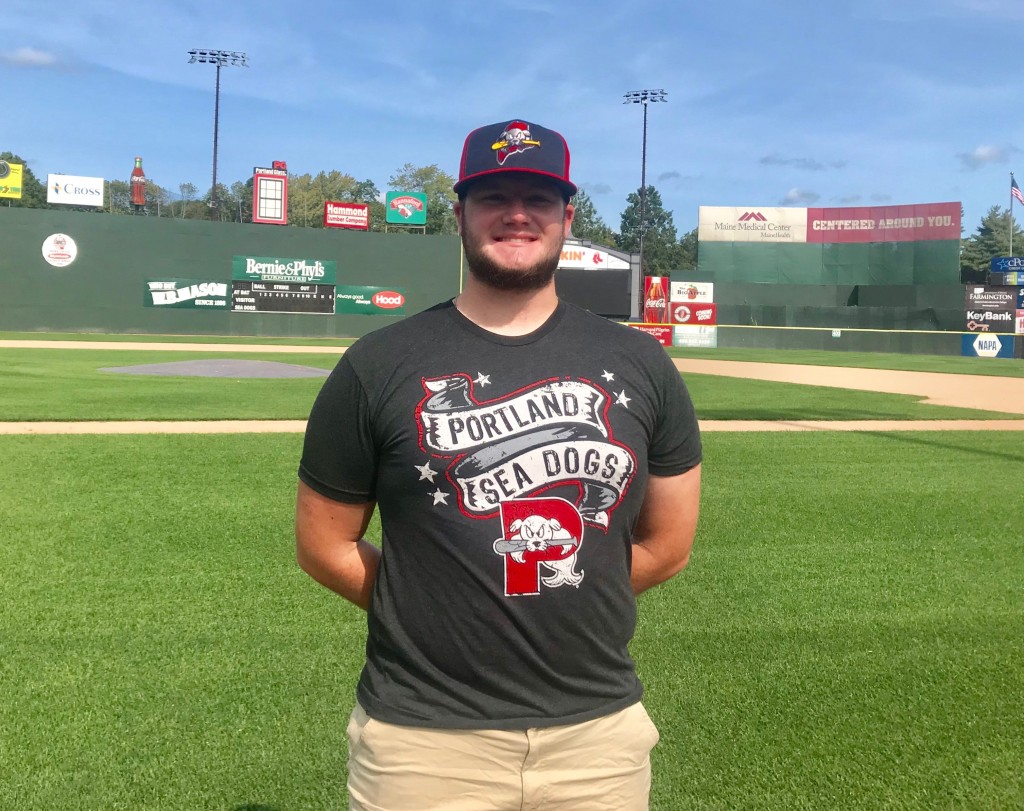