Students carry on with summer research despite the pandemic

Kayla Looper inside the Burman Lab

As the COVID-19 pandemic began to spread across the United States in March, all UNE labs were required to significantly decrease research. Lab faculty and professional staff were reduced to skeleton crews to maintain vital long-term research projects. Students were not allowed in the labs without special permission.

Despite the limitations, students continued their research remotely. This included many undergraduates who had experiments that were well underway.

Their experiences included the following:

Kayla Looper (Neuroscience, ’21), returned to physically working in the lab of Michael Burman, Ph.D., associate professor of Psychology in the College of Arts and Sciences, in July.

Her project delved into neuronal inhibition in an attempt to determine the role corticotropin releasing factor plays in the development of pain hypersensitivity following neonatal exposure to stress. Corticotropin is a hormone produced and secreted by the pituitary gland.

Looper was able to organize most of her project from home, while visiting the lab only to work directly with animals or equipment. While in the in lab, she focused on tissue collection, histology, and microscopy.

Looper says the hardest aspect of this past summer was the lack of connection with others in the lab.

“This summer was vastly different from my experiences in the past when the lab was always crowded and bustling,” she explained.

She was able to run one cohort of animals this summer with the help of Denise Giuevelis, B.S., manager of the Behavior Core. The opportunity enabled her to generate more lab work for the remainder of the summer.

Noah Garrison (Biochemistry, ’21), a student in the lab of Amy Deveau, Ph.D., associate professor and assistant chair of the Department of Chemistry and Physics, collaborated on a project remotely with a research group at Furman University in South Carolina.

Over the summer, the group worked on constructing a database of known mu-opioid receptor agonists and antagonists, along with their relevant biological and chemical properties.

The research was conducted in order to develop a working model of structural features of opioids leading to antagonism, agonism, and inverse agonism. Its purpose was to determine promising leading compounds and to screen their activity in-vitro, to determine if the compound might be viable for future testing in animal models.

Aidan McGrath-Conwell (Neuroscience, ’23 ), started working in the lab of Benjamin Harrison, Ph.D., assistant professor in the Biomedical Science Department in the College of Osteopathic Medicine, this past spring.

His project compared dorsal root ganglions (DRG), clusters of neurons in the dorsal roots of spinal nerves. McGrath-Conwell worked with two groups of animals: control mice and “knockout mice”, -- that is laboratory mice in which researchers have inactivated, or "knocked out," an existing gene by replacing it or disrupting it with an artificial piece of DNA.

The research was conducted to determine if a lack of a specific gene expression is associated with a hypersensitivity to pain.

McGrath-Conwell had been working on the project for about a month and a half before the pandemic hit. During quarantine, Harrison’s lab manager, Merilla Micheal, was able to put files on a flash drive for him to analyze.

McGrath-Conwell spent between six and 15 hours a week doing fluorescence analysis, quantifying stained neurons, and measuring the intensity of their fluorescence.

The data he helped generate was used in a recent NIH grant application submitted by Harrison. 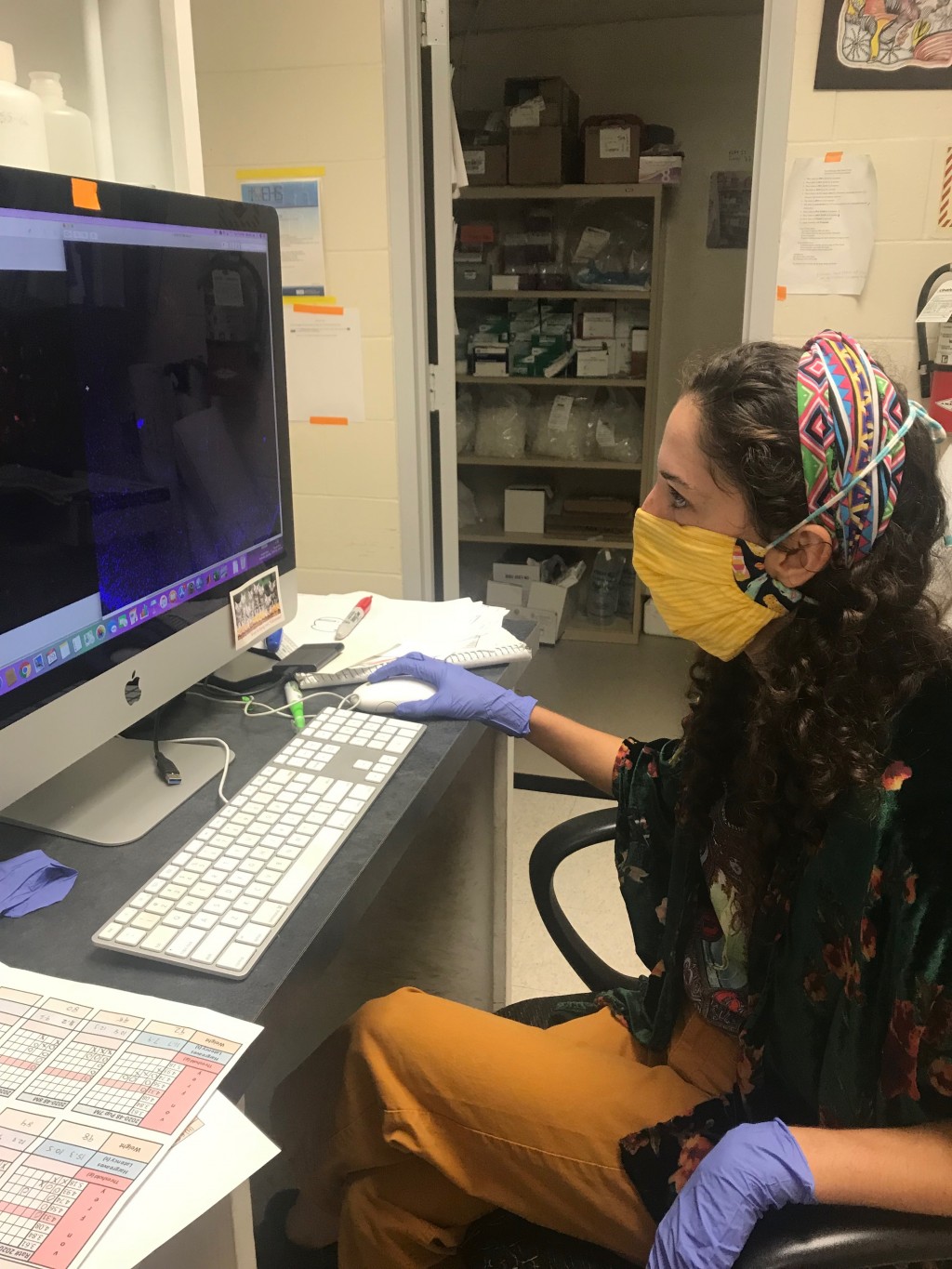 Looper focused on tissue collection, histology, and microscopy in the lab.