Students, faculty, professional staff, and administrators joined with members of the UNE football team to take a stand against racism in support of the Black Lives Matter movement.

“We just wanted to do our part with what is taking place across the country today,” stated Jeremy Diaz (Sports and Recreation Management, ’22), one of the organizers. “This is just a peaceful march and demonstration across campus.”

At the end of last month, athletes from several professional sports decided to take a stand against social injustice by refusing to play and by postponing and delaying games. The decision came following the shooting of Jacob Blake, a 29-year-old black man, in Kenosha, Wisconsin, who was shot in the back seven times by law enforcement.

Since the National Football League season had not begun, players from several teams made the decision to skip practice as an act of protest. Last week, UNE football players approached Head Coach Mike Lichten and told him they wanted to do the same thing. Coach Lichten not only supported the decision, he joined them.

“We took part in different exercises and had open conversations instead,” said Julian Connerton (Sports and Recreation Management, ’22).

Coach Lichten added, “They shared some personal experiences and had a strong developmental day where everybody felt as though they were able to be themselves.”

Lichten says social justice has been part of the team’s discussions throughout the summer and something that has been on his mind since the football program started four years ago.

“We wanted to create an environment of inclusion in every sense of the word,” he commented. “From the very foundation of our program, it has been about inclusion, acceptance, learning, and developing as a person.”

From that event, the team went on to plan a march and demonstration on the Biddeford Campus.

“I think there is a message out there in this country that has already been conveyed the past few weeks to everyone already, so this march was designed more to make people on this campus feel welcomed and comfortable to do things like this,” explained lead organizer Julian Connerton. “I think it shows that it is okay to be a part of something bigger than all of us, something greater.”

G. Christopher Hunt, Ed.D., associate provost for Community, Equity and Diversity, commended the players for taking the lead on this issue.

"The student-athletes, and the football team in particular, are modeling the way on how to engage our overall student body to create opportunities for intergroup dialogue and learning,” he stated.

Participants, dressed in black and wearing masks, gathered at the football field and made their way from the athletic complex across Pool Street to the main campus. They were encouraged to stay six feet apart.

Cobey Johnson (Sports and Recreation Management, ’22) hopes the event brings awareness to what the Black community has been experiencing.

“Each day, being a Black man in America is something that people don't understand, can't understand,” he said. “I feel I have the right to say how I feel, and I think that's what we're doing here today.”

The event was covered by NEWS CENTER Maine and the Bangor Daily News.

President James Herbert, who joined the march along with UNE’s first lady Lynn Brandsma, told NEWS CENTER Maine, “I am incredibly proud of our UNE students, who organized this grassroots march and who showed up in strong numbers to demonstrate their commitment to anti-racism, introspection, and dialogue around issues of social and economic justice."

“I haven't told coach Lichten this yet, but before we walk, I want to thank you, coach. Thank you for your support and your efforts in making me, along with many other men on this team, comfortable and strong,” he announced. “This act will never be forgotten.” 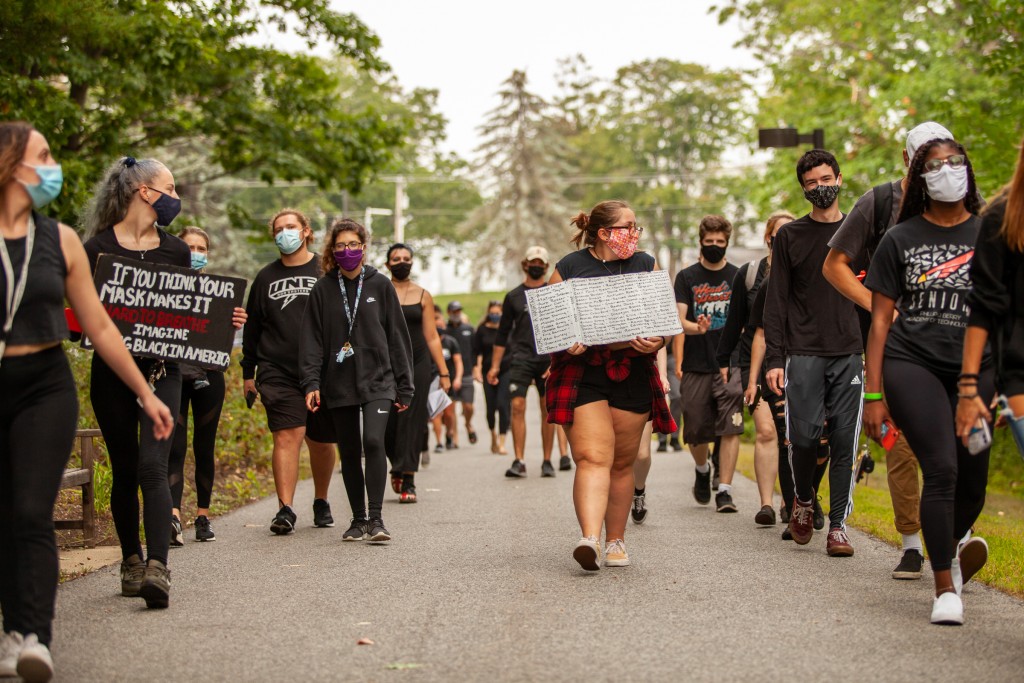 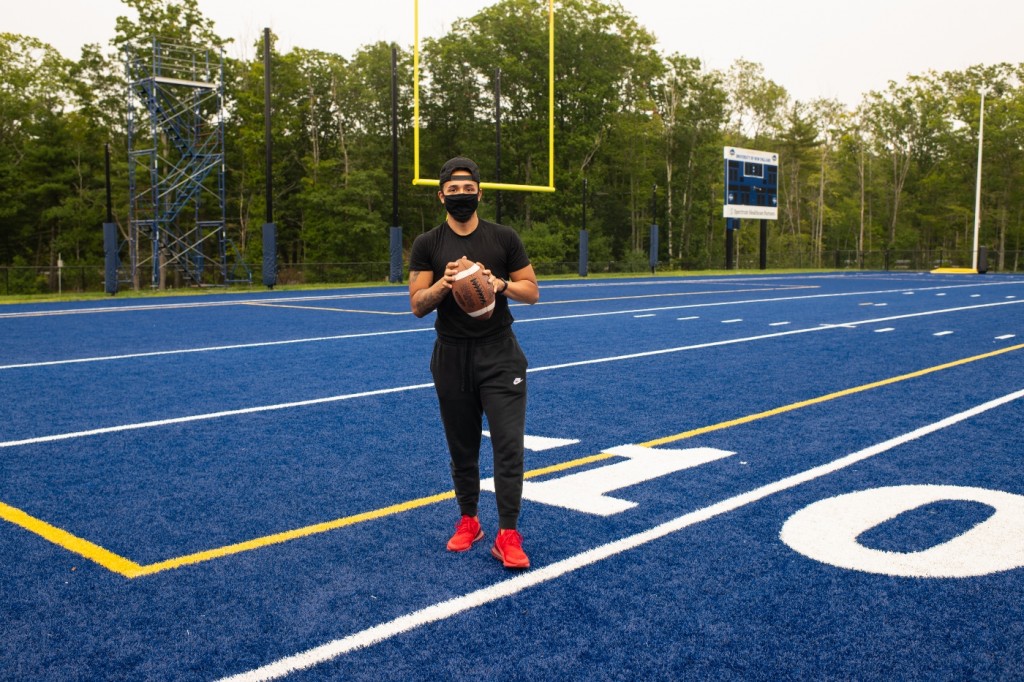