About 70 UNE community members lay face down or kneel in protest of police brutality and systemic racism on June 12.

For eight minutes and 46 seconds on Friday, there was silence.

At 7 p.m., about 70 members of the University of New England community gathered on the lawn of the Harold Alfond Center for Health Sciences on the Biddeford Campus to stage a “die-in” demonstration against systemic racism in the health care industry.

The peaceful event came as the nation saw rallies and protests following the murder of George Floyd — the unarmed Black man killed at the hands of police in Minneapolis — and countless other Black, Indigenous, People of Color (BIPOC) victims of police brutality in the United States.

Those in attendance included students from the UNE College of Osteopathic Medicine (UNE COM) and College of Dental Medicine, among other students, faculty, and staff standing in solidarity with the Black community.

The demonstration was organized by UNE COM Equity Diversity Advancement Committee (EDAC), a student-run commission that strives to increase the cultural humility of the college. EDAC’s mission is to support increased diversity in student recruitment, expand the UNE COM curriculum to be more inclusive, and contribute to faculty enrichment on the topics of diversity and inclusion.

Held as part of the national White Coats for Black Lives initiative, which aims to end racial inequality in health care, participants lied on the ground in front of the building for eight minutes and 46 seconds — the amount of time Floyd was suffocated by police.

Others knelt in unity with the Black Lives Matter movement.

The demonstration, held against the setting sun, was performative, the organizers said, but its intention — to motivate white participants to check their own privileges and biases and to commit to being anti-racist — was crucial.

“We realize that this event has a very big performative activism component to it, and we know that UNE is a predominantly white institution,” said Maeve Hickey (D.O., ’23), a member of EDAC. “But we recognize that we are working on including those voices that have often been silenced here and in health care in general.”

The organizers, all students, discussed the disparities in the modern health system that have their roots in slavery, from so many hundred years ago. As examples of a biased system, they pointed to the facts that Black babies are more than two times as likely to die in infancy — and that Black women are three to four times as likely to die during pregnancy — when compared to their white counterparts.

“We need to do the work both within our own biases and privilege to unlearn what we have been taught as history and relearn it with Black voices and experiences,” said Hickey. “Then, we can understand how health care has evolved to have so many inequities for communities of color. Often, the social determinants of health, such as access to care, are not emphasized.”

Following the die-in, organizers encouraged demonstrators to sign petitions against police brutality, donate to organizations like Black Lives Matter, and take with them anti-racist materials created by the organizers. Such materials focused on anti-racism in health care, a list of anti-racist educational materials, and stories about Black members of the lesbian, gay, bisexual, and transgender (LGBT) community.

EDAC also created an extensive list of anti-racism resources, including news articles, books, podcasts, and films about systemic racism and the lives of Black individuals; links to local organizations fighting for justice and change; and, if people are interested in donating to causes, a series of petitions to sign against systemic racism and police brutality.

“Collecting as a community, sharing eight minutes and 46 seconds lying prone, with our hands behind our backs, faces to the ground, is powerful, uncomfortable, and harrowing,” said Hina Hashmi (D.O., ’23). “This demonstration not only honors the countless lives lost to systemic racism and police brutality but aims to motivate UNE COM to do what it can to be actively anti-racist.”

In a letter to the UNE COM community, members of EDAC called on white students, faculty, and staff to recognize their privilege in societal systems, including health care, and to educate themselves on how to use that privilege to hold others accountable. The letter also pledged to promote educational opportunities, curriculum changes, admissions outreach initiatives, and faculty training to foster a culture that supports, values, and empowers students of color.

Above all else, the organization’s letter committed to challenging systemic racism and inequities both in society and the health care system.

“EDAC plans to work with faculty allies, students, and community members to integrate Civil Rights history into our program and delve into conversations around our own implicit biases, oppression in the health care system, and the social determinants of health,” said Hashmi, president of the UNE COM chapter president of the Student National Medical Association (SNMA), which is committed to supporting underrepresented minority medical students and addressing needs of underserved communities.

“As medical students, it is important to recognize that racism is a public health crisis, and it is racism, not race, that causes the health disparities we learn about,” she added. “We are seeing gaps in racism education across medical schools and hope that UNE COM can be an example of how we can change this.”

Fides Elamparo (D.O., ’22), a member and former co-chair of EDAC, said that medical institutions are not immune to systemic racism, but they have the power to commit to being anti-racist.

“Many lives have been lost to the detrimental effects of systemic racism, and BIPOC peoples have been talking about and trying to fight these issues for decades,” she said. “It is long past overdue to listen to what they are saying, amplify their voices, and use our privilege to help each other construct a better, safer, and more ethical world." 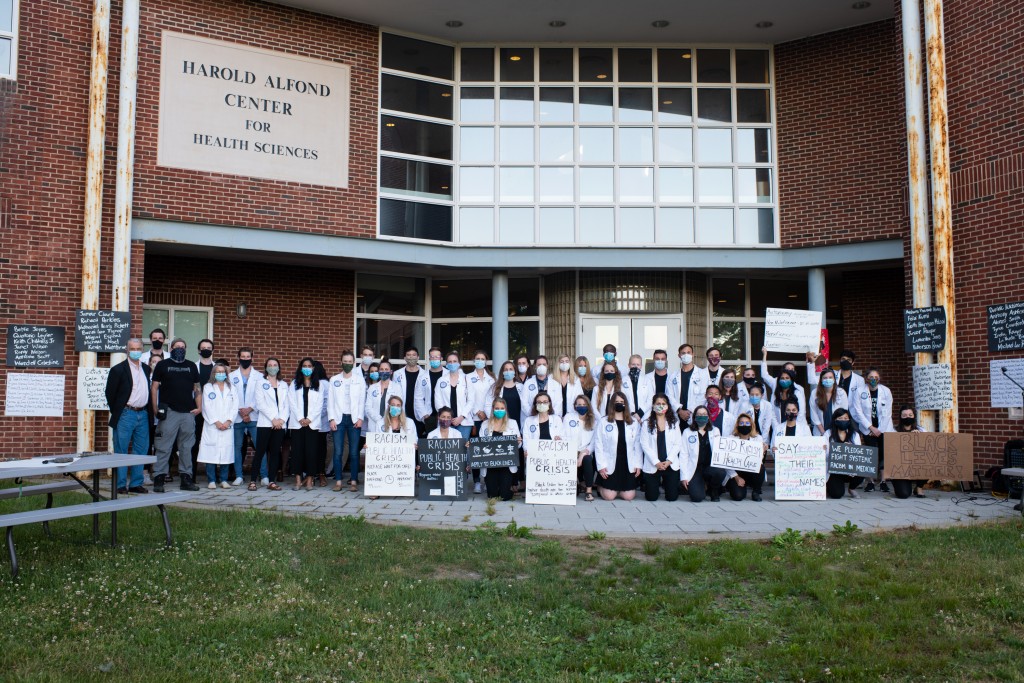 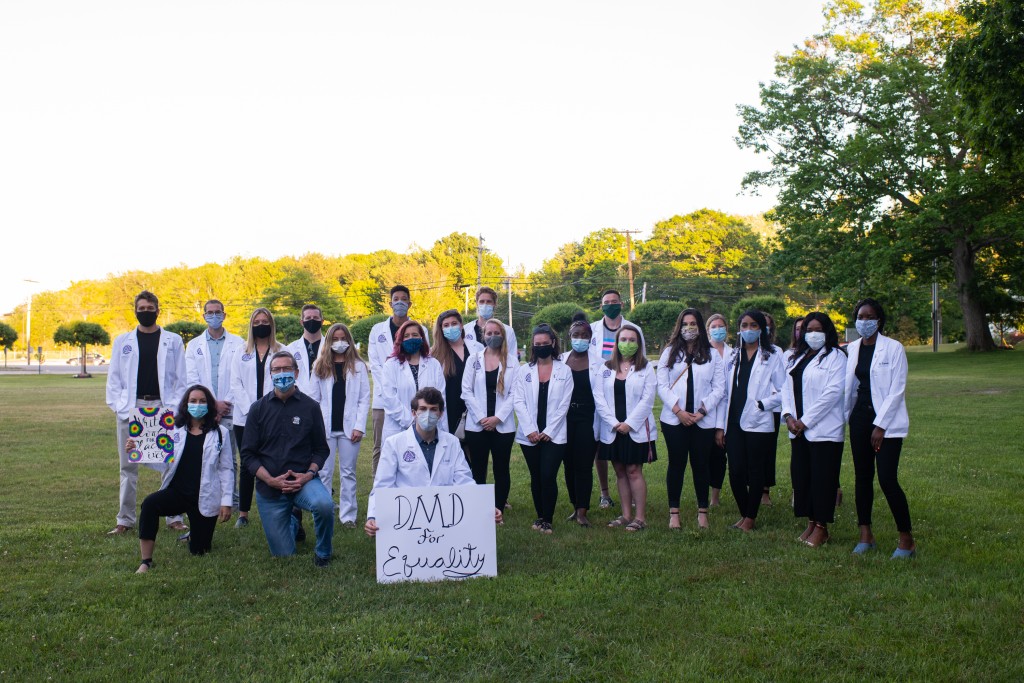