When he is not busy studying for his Doctor of Education degree in UNE’s College of Graduate and Professional Studies (CGPS) program, Anthony Redgrave helps law enforcement crack cold cases and identify unknown deceased persons, known as “John Does” or “Jane Does.”

As a forensic genetic genealogist, Redgrave mixes traditional family tree research with DNA databases to put a name to unidentified remains in cases that have long gone unsolved.

“We are building family trees or using DNA profiles to identify someone's biological parents and tracing their line back genetically,” he explained. “We take those principles and apply them to law enforcement cases. So, it is a combination of forensic science and investigative work.”

Through his business, Redgrave offers an internship program that teaches other people how to do forensic genetic genealogy. That is what led him to UNE seeking an advanced degree.

“Right now, there is no educational outlet for that,” he stated. “I realize that I am pretty well equipped to do it, but in order to do it effectively, I know that I need to keep going with my own education.”

“It is truly this mix of intellectually curious individuals from multiple industries that make our Doctor of Education program so rich,” commented Jayne Pelletier, Ph.D., director of Graduate Programs in Education at UNE’s College of Graduate and Professional Studies. “Students bring varied experiences and interests to the program with the common goal of attaining leadership skills they can apply to their respective fields.”

So far, Redgrave has an impressive track record. Last year, he helped police in Toronto, Canada crack a case that went cold for more than 30 years. The murder of 9-year-old Christine Jessop in October 1984, was one of Canada’s most infamous unsolved crimes. Redgrave’s work building multiple family trees eventually helped lead police to the likely killer, Calvin Hoover. Twenty-eight years old at the time of the murder, Hoover committed suicide years later. Police are now convinced he was Jessop’s killer.

A year before helping solve that case, Redgrave helped identity a John Doe in Clark County, Idaho, while working with the DNA Doe Project, an organization focused on identifying deceased individuals. That case had remained a mystery for more than 40 years.

Redgrave has also mentored Olivia McCarter, a sophomore at the University of South Alabama, who helped solve three cold cases while interning with Redgrave’s team.

“She has really been able to shine as a student,” Redgrave commented. “She is really well on her way to being a leader in the field, which is what I wanted to see.”

Redgrave is self-taught as a genealogist. He never knew his father growing up, so he conducted a genealogical search to find his family and reconnect with them.

“I learned how to do this,” he said. “I got really good at it and started doing it for other people.”

With his Doctor of Education degree from UNE, Redgrave wants to teach others how to do it.

“There are thousands upon thousands of cold cases in the United States alone, and more are being added every year,” he said. “There is a need for people to help solve those cases and if I can fill that need by teaching others, I will.” 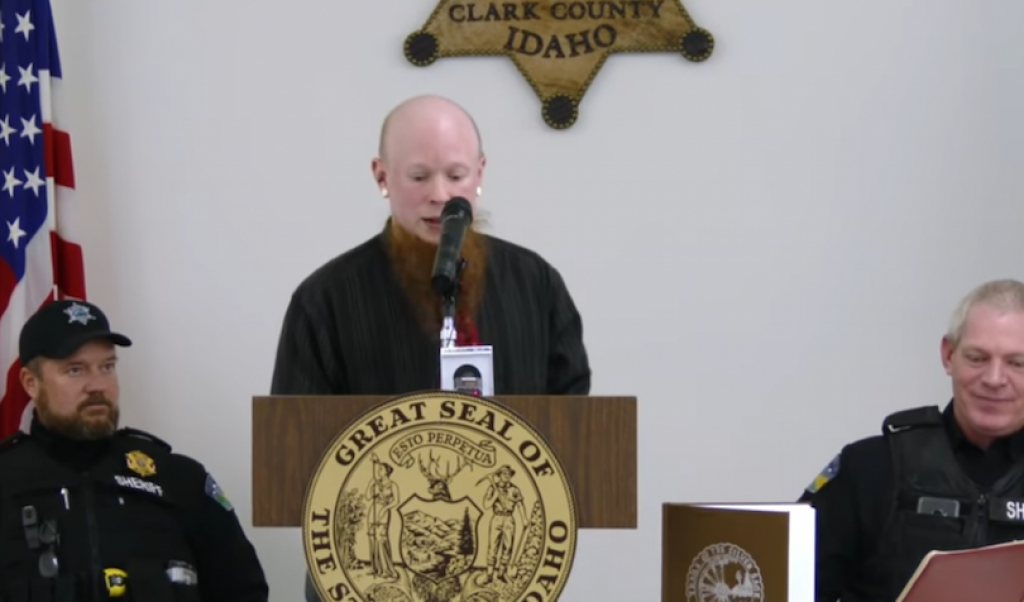 Anthony Redgrave speaks at a news conference in Clark County, Idaho
Return to all news