With an eye for the small stuff, Tessa Rock ’22 finds passion for phytoplankton

The wet sands and waters in and around Biddeford Pool, the sprawling tidal basin where the Saco River meets the sea, are absolutely teeming with wildlife. Small, but mighty crabs crawl along the craggy coast; tiny mollusks cling to rocky outcrops; and several species of worms and small shrimp, going mostly unnoticed, slink underneath the tides.

A number of small fish — sticklebacks, killifish, and mummichogs among them — circulate in nearby creeks, and migratory birds stop by on the way to their final destinations.

It’s well understood that Biddeford Pool is a haven of biodiversity that can be seen with the naked eye. Far less understood, however, is that the Pool is home to a variety and abundance of microorganisms like phytoplankton, the microscopic plants that feed on sunlight and form the base of the aquatic food chain.

But one University of New England student is working to change that.

Tessa Rock (Marine Sciences, ’22) is conducting a phytoplankton identification project in Biddeford Pool, just a stone’s throw from the University’s seaside campus. The project, funded by the Summer Undergraduate Research Experience (SURE) program at UNE and the Maine Sea Grant, focuses on the tidal stages in Biddeford Pool and if the tidal stages at two distinct locations affect the abundance of phytoplankton there.

Working with her advisor, Stephan Zeeman, Ph.D., professor of marine sciences in the School of Marine and Environmental Programs, Rock collects phytoplankton from two estuary sites in Biddeford Pool as the tides both flood in and recede back out, or ebb. She then analyzes them using a FlowCam, a computerized microscope.

The device captures images of the phytoplankton along with numerical data that Rock can use for statistical analysis. It operates through a combination of traditional light microscopy and flow cytometry, the process through which water is pulled through a system of tubes, to capture images of anything in a water sample.

The research has implications for understanding the broader ecosystem function within Biddeford Pool. Though Rock believes the tides play a factor, scientists are still unsure of what affects the abundance of phytoplankton in Biddeford Pool. That, Rock said, is important to understand in order to preserve the health and safety of the environment, its wild species, and its people.

Because phytoplankton are food for many species, including bivalve shellfish like mussels and clams, toxins from certain species of phytoplankton can accumulate in their tissues. This, in turn, can make the shellfish harmful to the people who consume them.

“We are trying to figure out the dynamics of what's going on with the microorganisms in Biddeford Pool,” explained Rock, a New London, Connecticut, native. “There is often a lot of focus on macro-organisms, but microorganisms are the base of the food chain and are very important. If we can identify potentially toxic phytoplankton that the shellfish are ingesting, we can find ways to mitigate the side effects.”

Examples of toxic phytoplankton include Pseudo-nitzschia, which harbors a marine biotoxin called domoic acid. In mammals, the compound acts as a neurotoxin and can cause amnesic shellfish poisoning, symptoms of which include gastrointestinal distress, short-term memory loss, brain damage, and even death in severe cases.

Blooms of toxic phytoplankton have been known to disrupt valuable fishing industries, including in Biddeford Pool in recent years. While phytoplankton blooms are naturally occurring, and not all of them are bad, such toxic blooms — sometimes called “red tides” —can greatly impact the livelihoods of Maine’s fisherman and potentially endanger the public.

But understanding when, and how, such toxic phytoplankton enter the Pool can help scientists anticipate dangerous blooms.

“Blooms happen, but we need to know when they’re going to happen, for how long, and just how toxic they will be,” Rock said. “For example, if I see an abundance of Pseudo-nitzschia, I can alert the industry, and we can avoid a dangerous situation.

“By bringing together photographs, statistical analysis, and broader implications, I am able to show others how it is essential to care about the microscopic beings that live in our backyard,” she continued.

Rock said she did not expect to find such a passion for phytoplankton research, but one could say she has found her niche. She is currently drafting a manuscript detailing her research in hopes of having it published.

“Five years ago, I never would have guessed that I would be doing this research, but I’m very proud of it,” she said.

Rock credited the professors in the Marine Sciences program with motivating her to pursue her passion, for giving her the opportunities to perform research so early in her undergraduate career, and for helping her find herself.

“I call the Marine Science Center my home, and I will forever be grateful that I chose to come to UNE,” Rock remarked. “The Marine Sciences staff helped me become who I am, and they made me feel comfortable with who I am. They raise you up when you’re feeling down, and they make me actually excited to do research.”

Rock has even gotten a few party tricks as a result of her research. She can now name 20 to 30 species of phytoplankton off the top of her head, which she said makes an excellent icebreaker. And, call it a coincidence or maybe even a fluke, Rock had one last thing to offer regarding her experience at UNE.

“My last name is Rock, and the Marine Sciences staff are my rock,” she said. 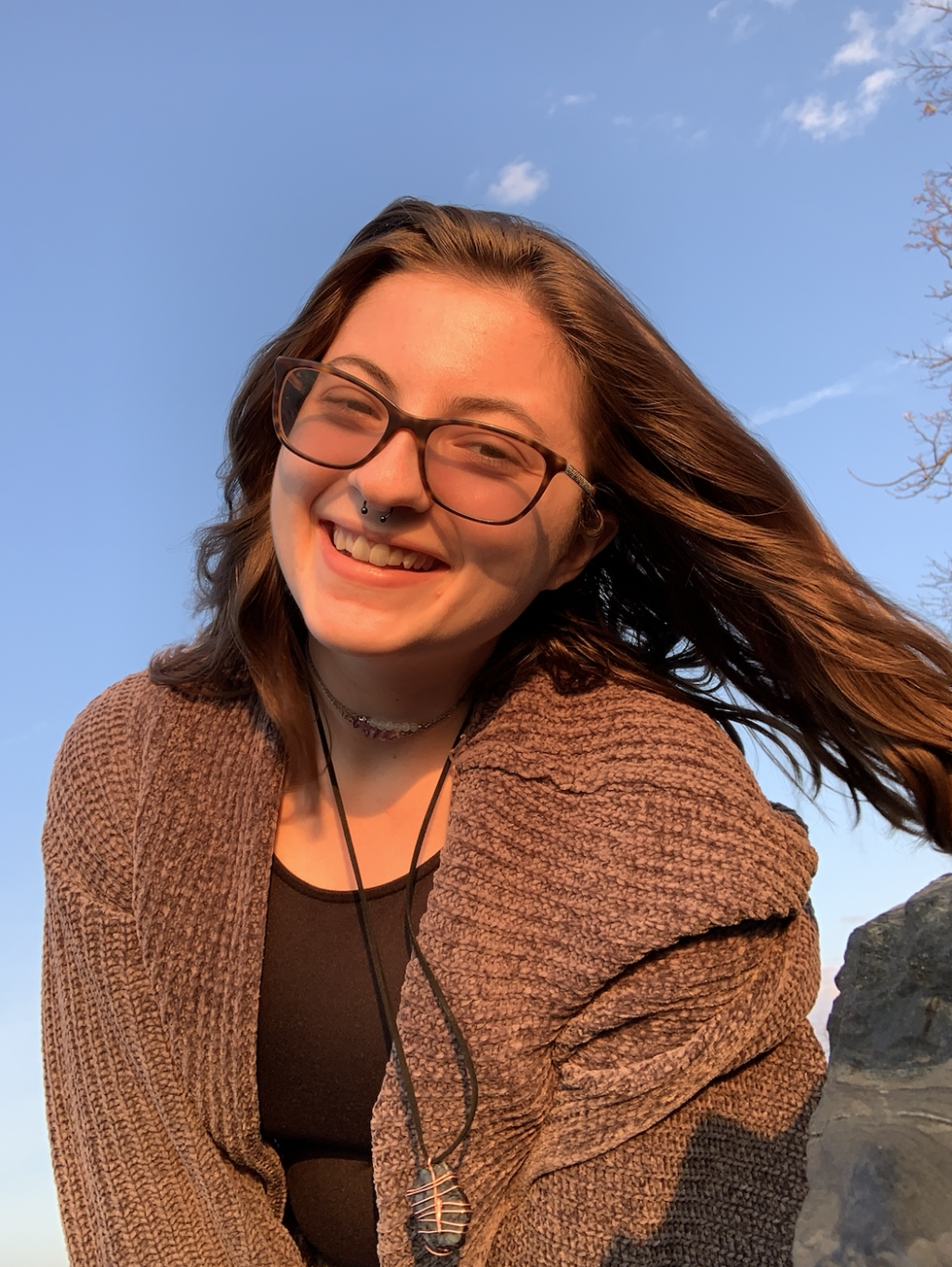 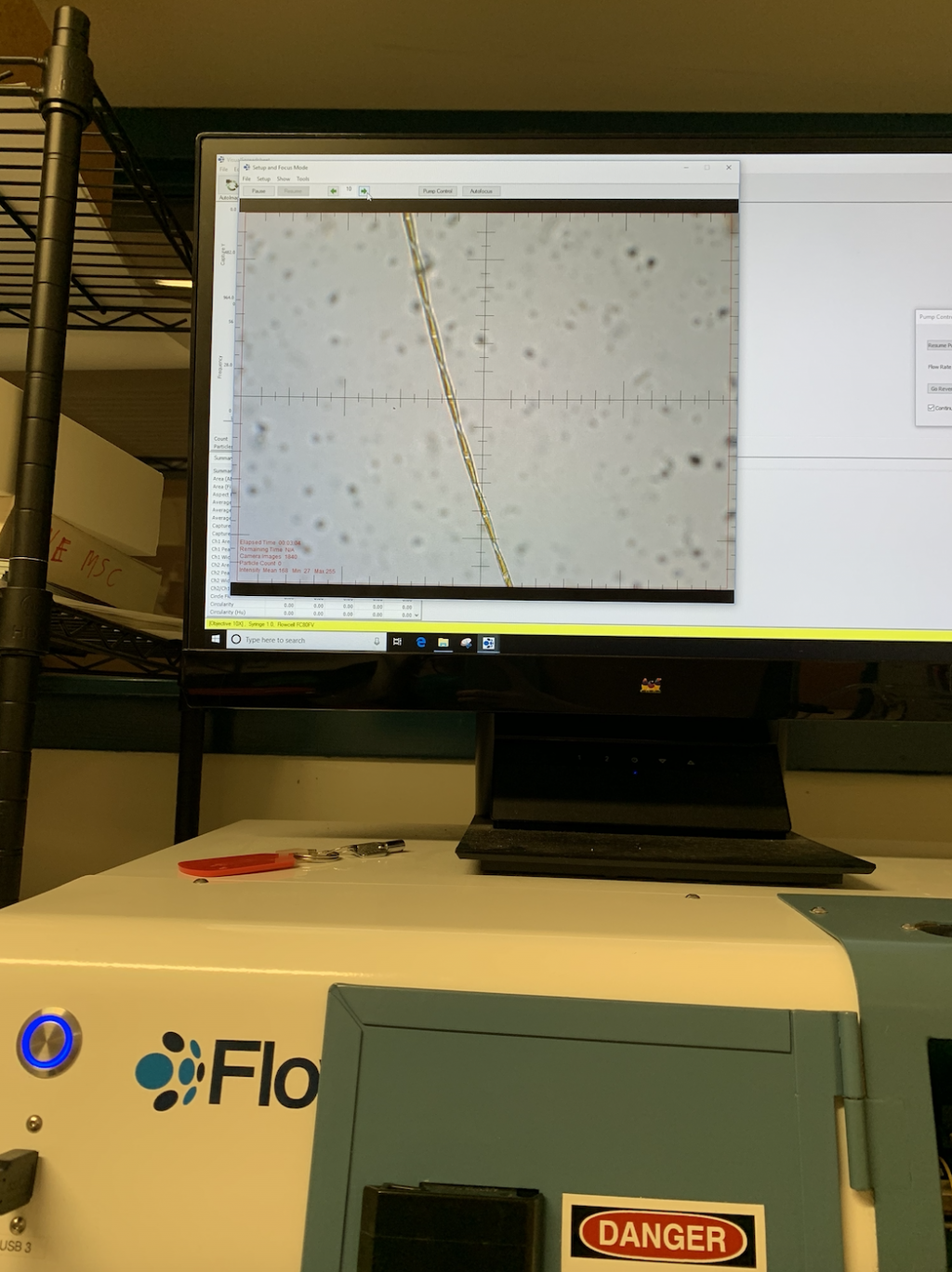 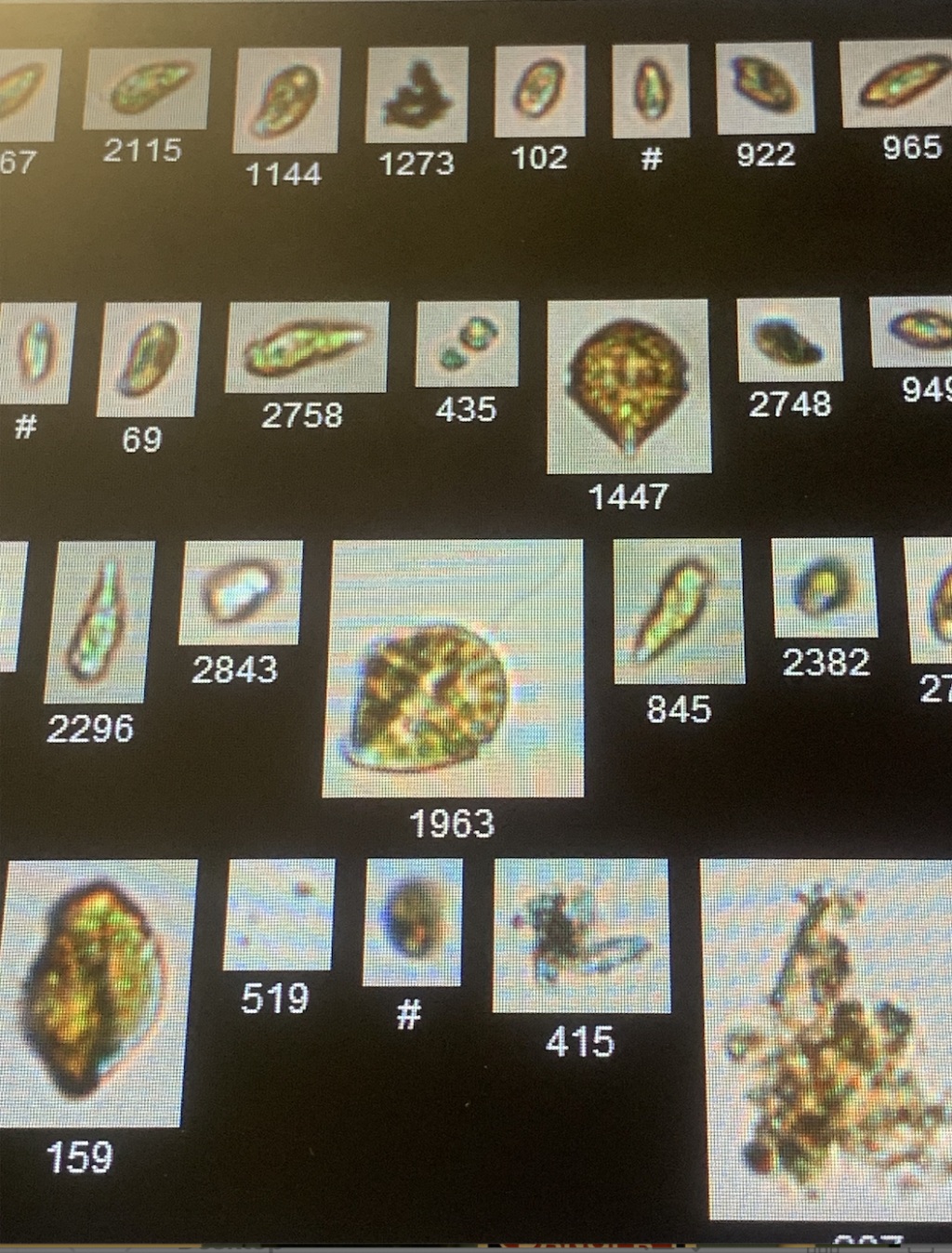 Various species of phytoplankton are shown
Return to all news