An emergency situation can happen at any time. That is why it is critical for our future health care providers to be prepared for them.

“Our students are the future caregivers, the future front-line responders, so building emergency response skillsets really reinforces preparedness and gets them ready for the next stages in their lives and their careers,” explained Kyle Scully, Ph.D., assistant clinical professor in the Department of Biomedical Sciences.

Scully was the faculty advisor for a mock mass casualty incident (MCI) training exercise on Saturday, October 16, that took place at the UNE Biddeford Campus.

Andrew Shanes (D.O., ’24) was one of the student organizers.

“The goal was to assess patients quickly and provide the best possible care for them,” Shanes said. “The students practiced performing triage of mock patients, applying tourniquets and bandages, and placing airway adjuncts on mannequins. We also had discussion stations where we talked about topics such as what to do when resources are overwhelmed.”

The students dealt with several different emergency scenarios including a car crash, an explosion at a chemical factory, a stampede at a nightclub, and a building collapse.

“I think the biggest thing about this event was to build preparedness because you never know when emergencies like these are going to happen,” Shanes commented.

Scully says they wanted to present students with large-scale examples of mass casualty incidents, some of which are extreme examples.

“Providing students with early exposure to the types of skills required for these situations will allow today’s participants to integrate these skills into a community response in the event of a true emergency,” he said. “They will have a fundamental skillset that makes them an asset to the community. They will be prepared, ready, willing, and able if they ever encounter an emergency or disaster scenario.”

The World Association for Disaster and Emergency Medicine Club at UNE COM sponsored the event.

Club leaders Shanes and Ilana Shecter (D.O., 24) began planning this event last year. Trainings, including several lecture/discussion-based trainings on triage and scene management that were designed and coordinated by Shecter, were offered prior to Saturday’s event to prepare participants.

“It has been a lot of work, but it played out perfectly,” Shanes said.

Several other clubs were integral in the development and execution of the day’s event, including the Military Medicine, Wilderness Medicine, Emergency Medicine and Simulation Medicine Clubs. Shanes and Shecter would like to involve other UNE professional programs and outside community agencies in this event in the coming years.

“We wanted to set the groundwork for these students and to build upon the event for future years so that this can become a true interprofessional experience,” Shanes stated. 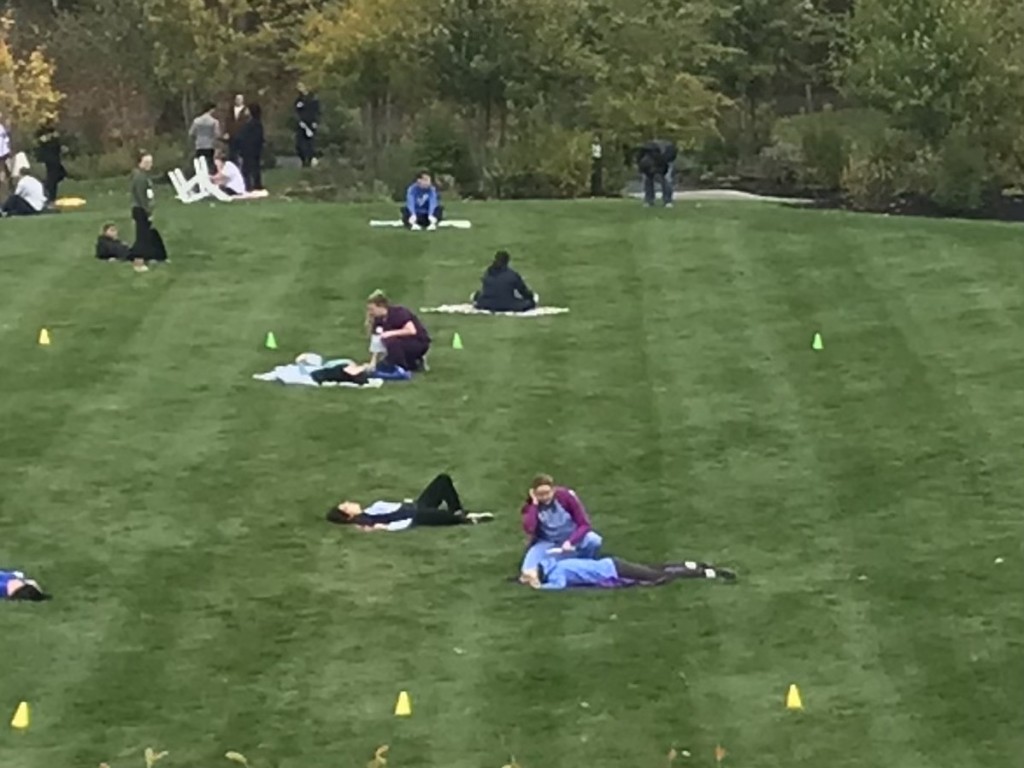 Mock patients being assisted next to Ripich Commons
Image 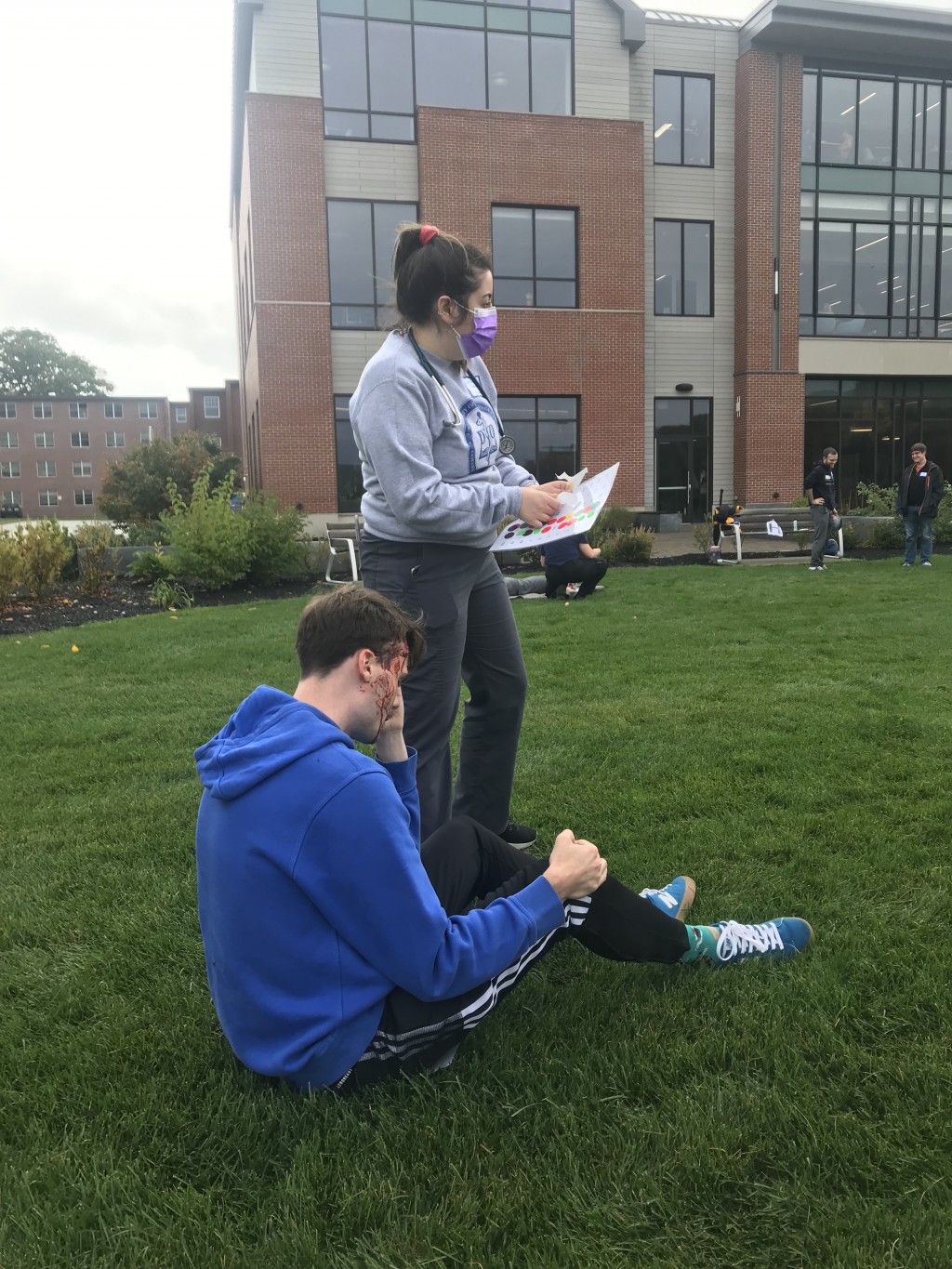 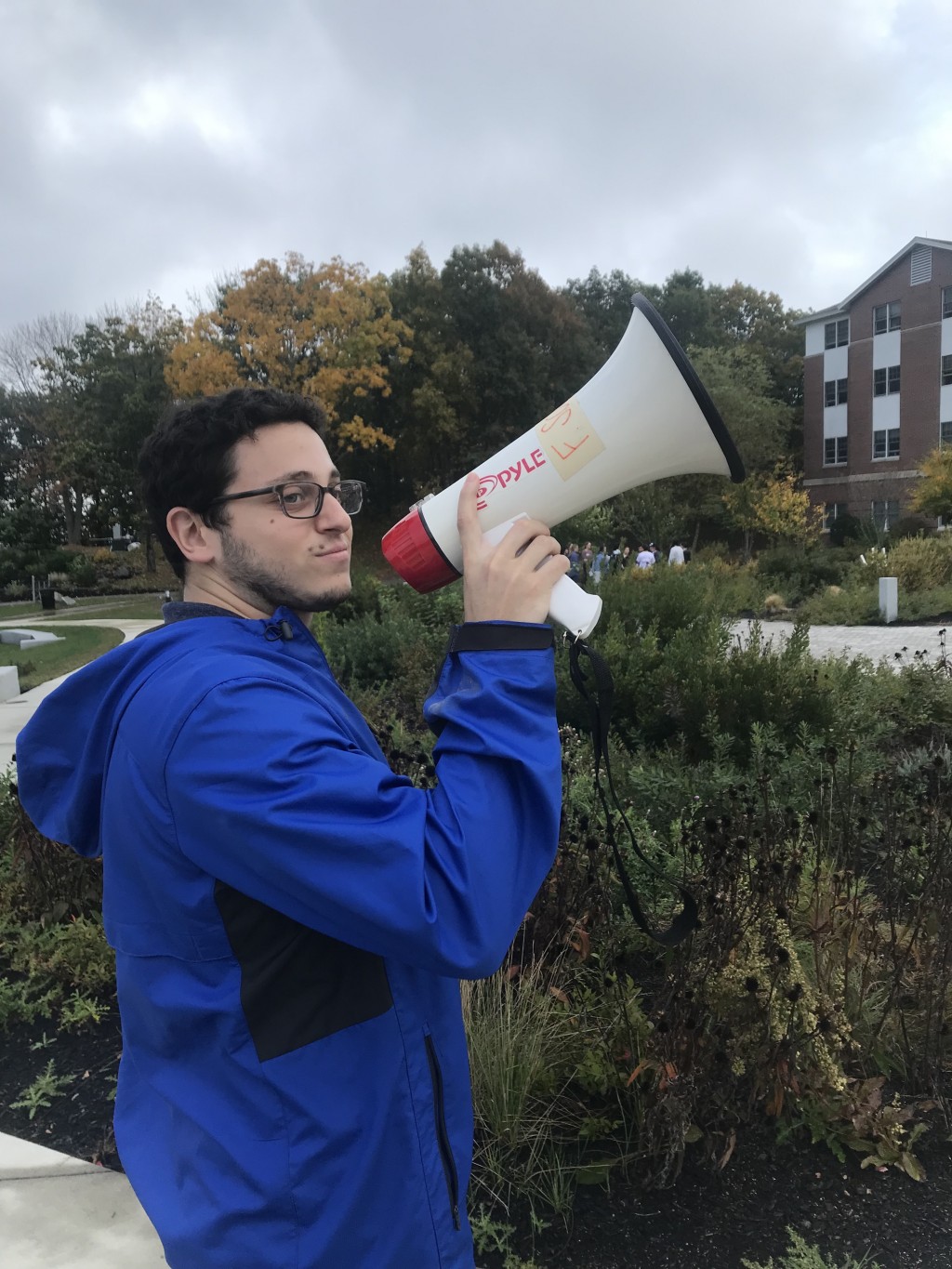 Student organizer Andrew Shanes gets ready to give instructions
Image 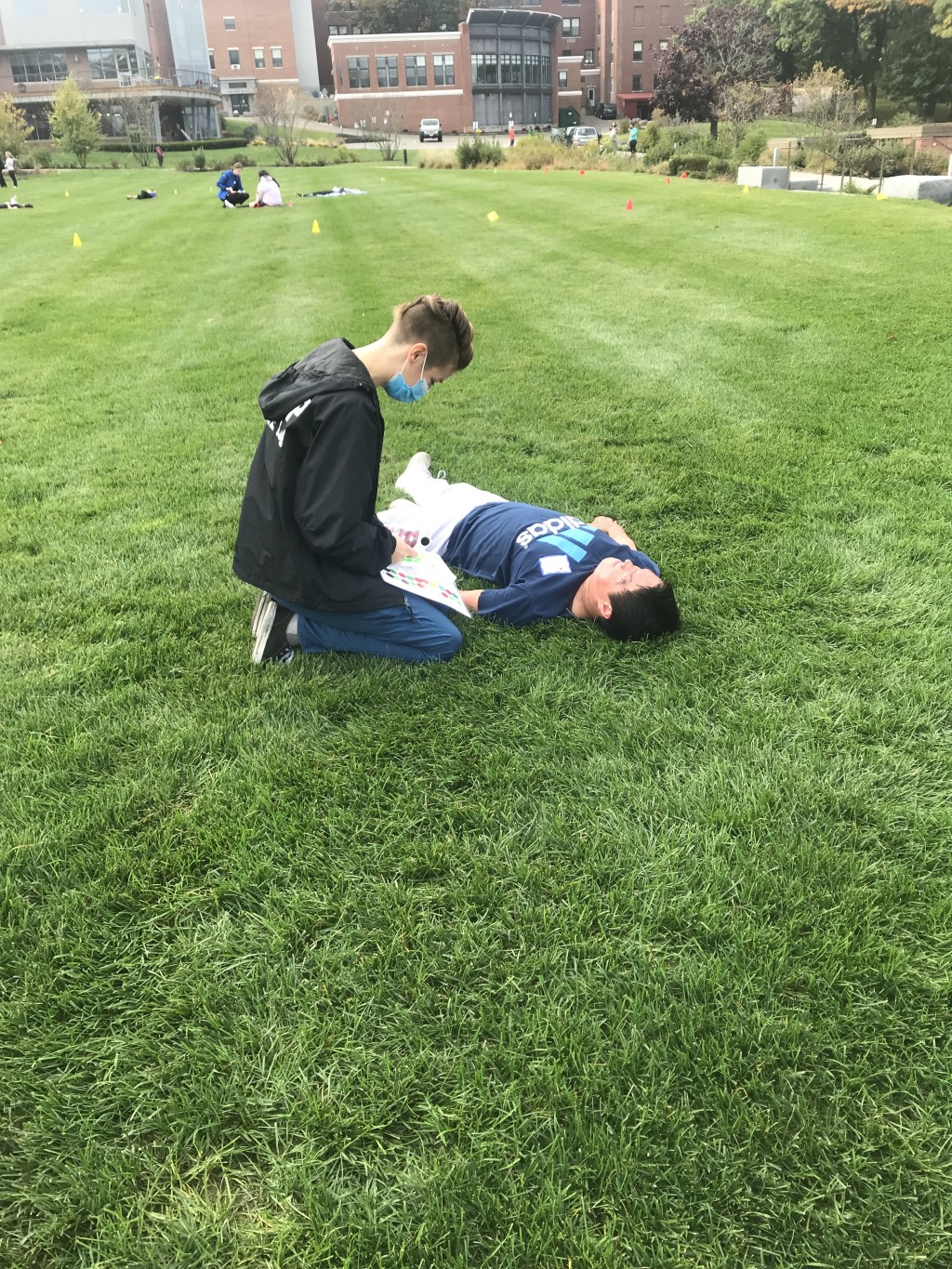