While the pandemic has caused many things to slow down, activity in UNE’s School of Pharmacy has ramped up in recent months as faculty and students step up to do their part in combating COVID-19.

In mid-November, as federal and state officials began preparing for the vaccine’s delivery, the Maine Center for Disease Control (CDC) was in search of ultra-cold freezers for storage of Pfizer’s vaccine, which has to be kept at -70 degrees Celsius. As one of the state’s only institutions with such a unit, UNE was one of the first to lend its support in loaning a freezer to the state’s public health agency.

Codenamed “Operation Penguin” by Karen Houseknecht, Ph.D., professor of pharmacology and associate provost for Research and Scholarship at UNE, the transport of the freezer, a 27-cubic-foot Stirling Ultracold from the University’s School of Pharmacy, was completed, and the freezer was delivered to a secret location for use by the agency.

But that wasn’t the last effort on behalf of the school to assist the state’s efforts in slowing the spread of COVID-19. Faculty from the School of Pharmacy provided vaccination training for pharmacists, pharmacy technicians, and pharmacy interns as the state prepared to efficiently deliver COVID-19 vaccinations.

Gov. Janet Mills approved a measure, joining six other states, to allow pharmacy technicians to give vaccinations during the current public health emergency. UNE’s training program was the only one offered that meets Maine’s 20-hour requirement for pharmacy technicians.

“The UNE School of Pharmacy, working with our colleagues at the Maine Pharmacy Association and Maine Society of Health-System Pharmacists, is excited to play an integral role in the administering of the COVID-19 vaccines,” stated Robert McCarthy, Ph.D., dean of the School of Pharmacy.

As vaccines became more widely available for residents age 70 and older, faculty, students, and alums spent hundreds of hours administering them and helping out at clinics across the state. Just down the street from UNE’s Portland Campus, students volunteered for administering vaccines to residents of The Park Danforth, a facility that provides independent and assisted living for older adults.

“It is a great feeling knowing that you can help these patients get back to normal in terms of them being able to go out into the public or to just get out of their rooms to visit with friends and family,” explained Brittany Demmons (Pharm.D., ’21).

Demmons was joined by fellow students Brandon Rico (Pharm.D., ’23) and Nick Cotoia (Pharm.D., ’21). Rico was trained just in time to administer vaccines during the pandemic. Cotoia and Demmons had already received training as immunizers during the second year of their professional Doctor of Pharmacy program.

Some other students filled part times jobs administering the vaccine.

“Once I heard that the Pfizer and Moderna vaccines were approved for emergency use, I started looking for any chance I could to vaccinate,” exclaimed Gower. “I was envious of some of my classmates who were starting to vaccinate through their workplace, so I was thrilled when Guardian Pharmacy reached out to our school.”

Myserson added, “I felt it was my responsibility as a health professional to immediately join the effort to end this pandemic when the opportunity arose. The second I heard that COVID-19 vaccines were available, I reached out to multiple organizations to see who would be administering vaccines. Brianna showed me the Guardian position and we decided to apply together.”

The work took Myerson and Gower to facilities across the state, from South Berwick to Camden

“Many of the people Guardian Pharmacy serves are living in communities where they have been required to quarantine with no visits from family for many months on end,” Myerson stated. “It is very meaningful to hear someone say ‘thank you for being here today. This is one step closer to seeing my family’”.

The two students estimate they each administered more than 500 vaccines to patients, including first and second doses.

“I am so excited and humbled to be part of this piece of history,” Gower said. “It is extremely rewarding to give patients the shot and have them thank me profusely. I recently saw a set of stickers that featured a vial with the phrase "I gave a dose of hope" on it and that is genuinely what it feels like when I give someone the shot.” 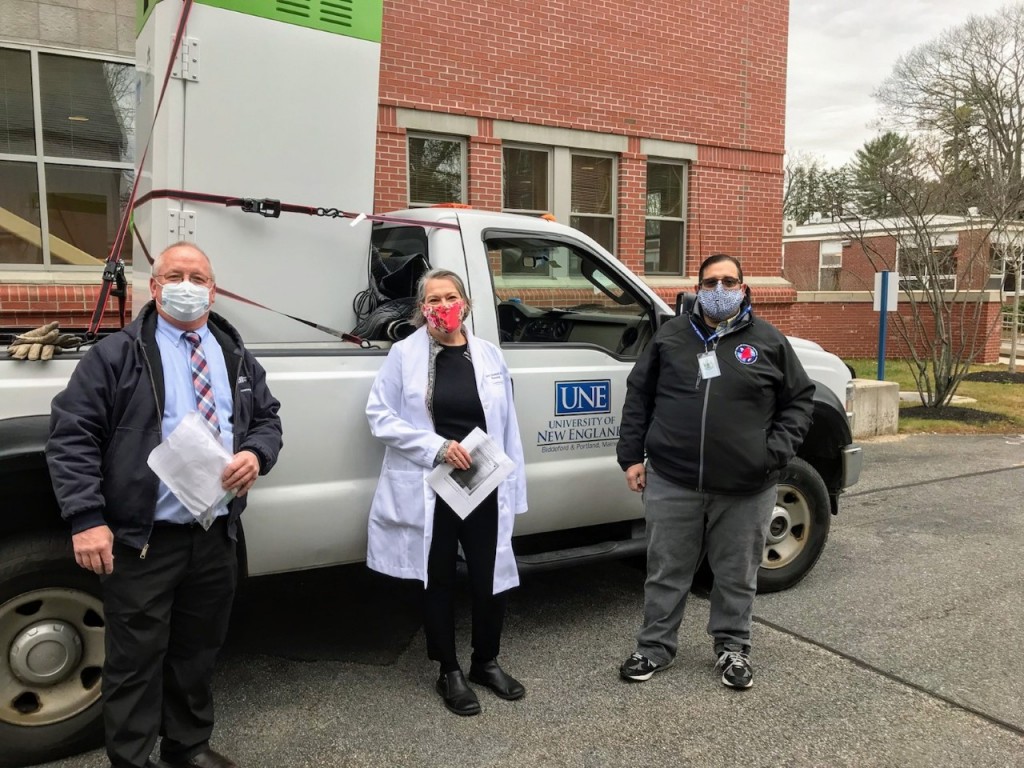 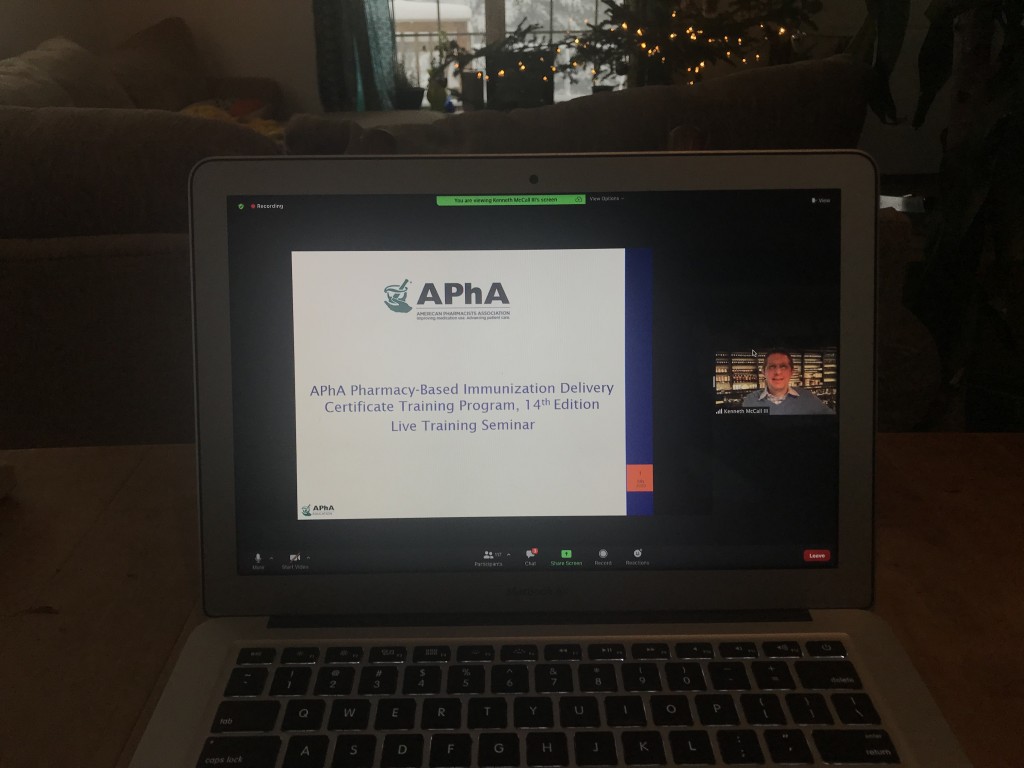 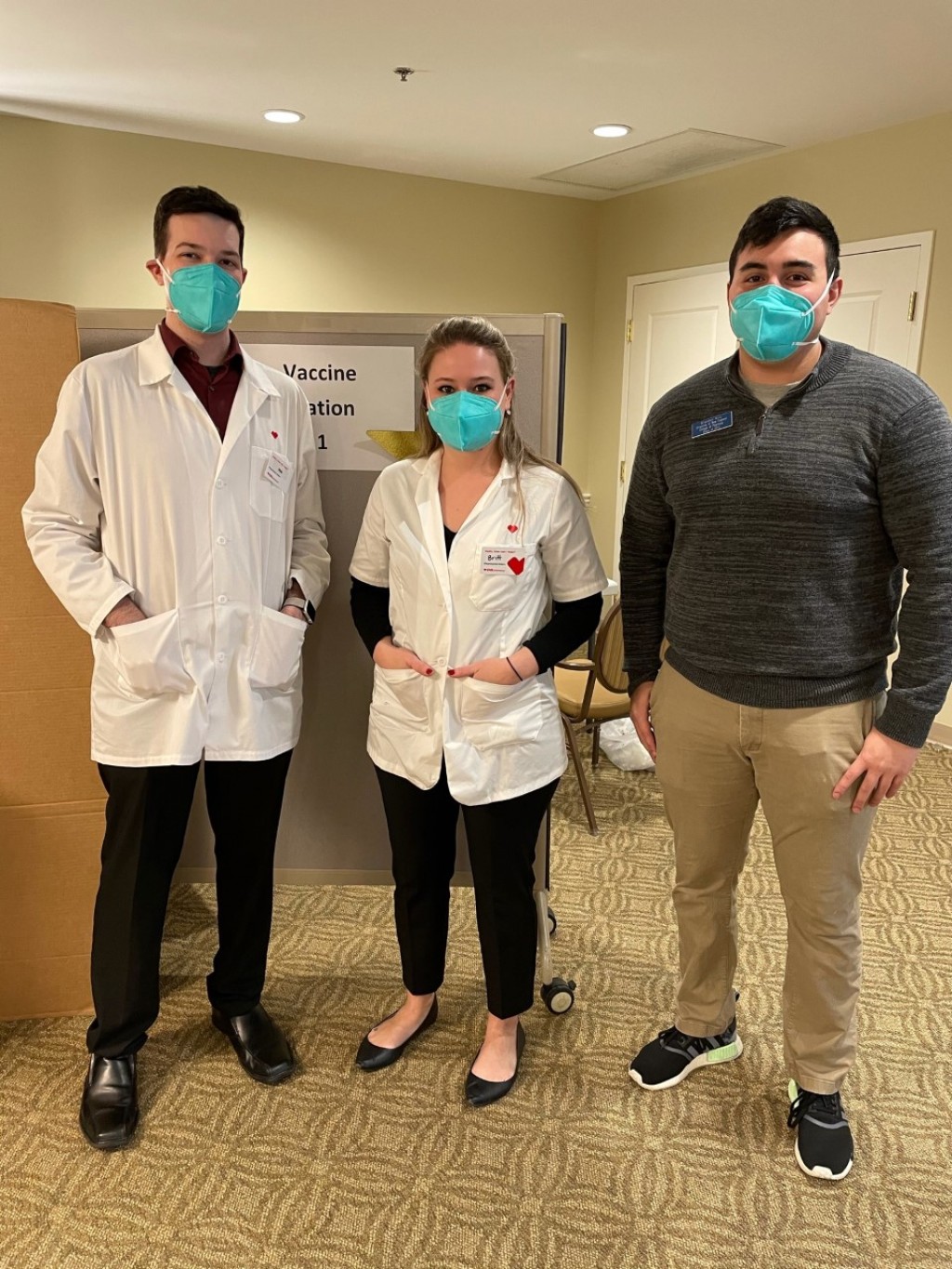 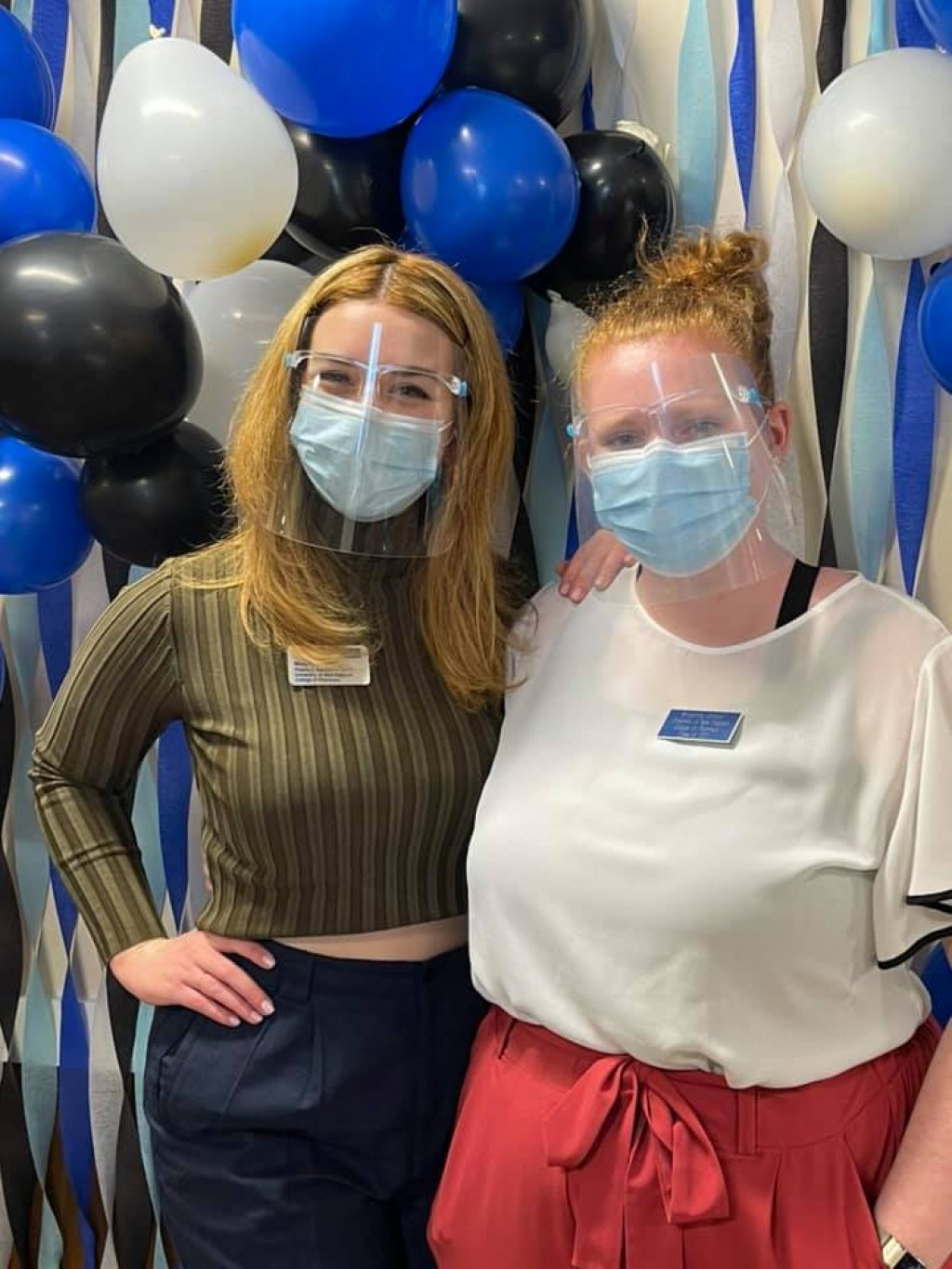