Srinidi Mohan, associate professor in the School of Pharmacy
Watch the report on NEWS CENTER Maine
Read about it in the Bangor Daily News

Srinidi Mohan, Ph.D., associate professor in the School of Pharmacy, has received a second patent from the United States Patent and Trademark Office for his breakthrough methods and diagnostics for cancer detection and treatment monitoring.

Mohan previously received his first U.S. Patent titled “Methods and Diagnostics for Cancer Detection and Treatment Monitoring.” The method uses a marker in the blood to detect the presence of highly aggressive tumors and to help track cancer growth.

Mohan found that the marker Nw-hydroxy-L-Arginine (NOHA) was both a sensitive and reliable indicator for estrogen receptor-negative (ER–) tumors, the most aggressive types of breast cancer.

“I am both delighted and humbled with this opportunity to expand the scope of NOHA as a cancer biomarker,” Mohan stated. “I look forward to the opportunity of NOHA biomarker implementation at a clinical setting. I sincerely thank the UNE administration and all my collaborators and advisors on their continued support and contributions to this project. I am also grateful to my UNE Pharm.D. student researchers for their help in the lab with this project.”

As principal investigator, Mohan conducted the research on the NOHA biomarker role in ovarian cancer with funding support from the UNE Office of Research and Scholarship and the School of Pharmacy.

Further development of this novel technology is being conducted in collaboration with physicians and researchers at the Maine Medical Center Research Institute. 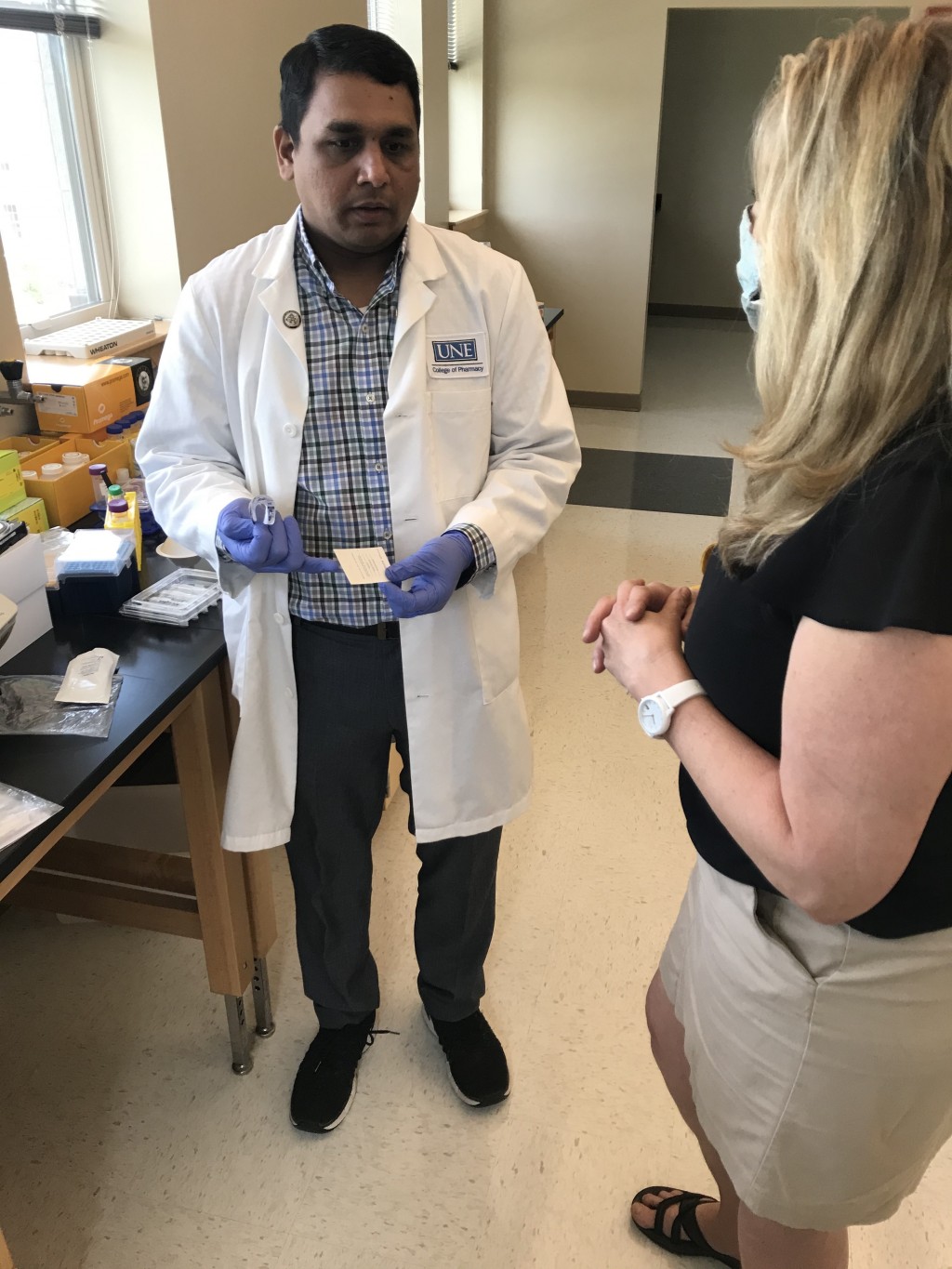