Sharks get a bad rap, but they are vital to ocean ecosystems.

As predators at the top of the food chain, sharks maintain the populations of species below them, and they keep competitors in check to ensure species diversity. So, when sharks get caught in fishing lines or bite onto long-line fishing bait, as they often do, it not only has repercussions for fishermen, but it can also throw off the balance of the food chain.

One University of New England student is trying to find a solution to that issue. Bethany Brodbeck (Marine Sciences, ’22) is studying the use of novel technology to reduce shark bycatch, both to protect fishermen and preserve shark populations.

Brodbeck is currently conducting a bycatch reduction experiment in UNE’s Marine Science Center using spiny dogfish — a small species of shark — as a representative species. The research includes using small devices, known as electronic bycatch reduction devices (BRDs), which emit electrical signals that target the sharks’ electro-sensory systems to deter them from bait. The study aims to determine if the devices can be placed on long fishing lines to ward off sharks and prevent them from becoming mixed up in the fishing haul.

“The devices are still in their prototype stages, but we know that they work on multiple species,” said Brodbeck, who explained that the devices were developed in partnership with the Virginia Institute of Marine Science and are being explored with support from UNE and other institutions on the East Coast. “It’s a multi-institutional event to try to get these devices working and out in the field and helping these sharks and fishermen.”

The approach could help save vulnerable shark populations, which Brodbeck said are often victims of over-exploitation. Sharks grow slowly, she said, meaning that they are often pulled from the sea faster than they can reproduce.

The advanced method will also be beneficial to fishermen, for whom the sharks can be dangerous and who also lose out on their target catch when sharks become attached to their lines.

“When sharks bite onto lines that are meant for tuna, for example, it takes away the opportunity for fishermen to catch their target species and damages fishing equipment,” Brodbeck said. “It’s also dangerous for fishermen to handle these animals.”

But Brodbeck is more than comfortable handling the animals, often spending six hours or more on research vessels collecting spiny dogfish for her study. Hailing from rural Pennsylvania, where opportunities for marine research are limited, Brodbeck said the research experience has been invaluable to her academic and professional careers.

“There’s no way of knowing what you want to do in marine science without getting hands-on experience,” she said. “The fact that UNE allows students to do hands-on research, even as freshmen, is absolutely incredible.”

Brodbeck’s research is supported by the Summer Undergraduate Research Experience (SURE) program at UNE, a unique experience that provides students the opportunity to pursue research throughout the summer, according to Charles Tilburg, director of the School of Marine and Environmental Programs and professor of Marine Sciences.

“Bethany’s work examines a solution to a real-world problem, and I cannot wait to see what she finds out,” Tilburg remarked. 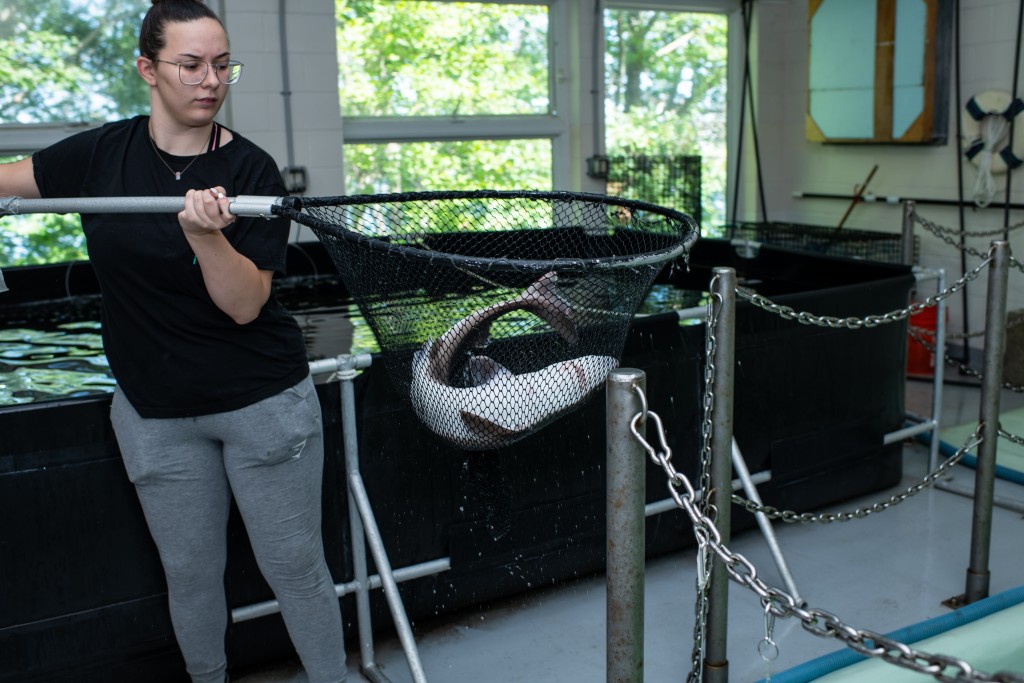 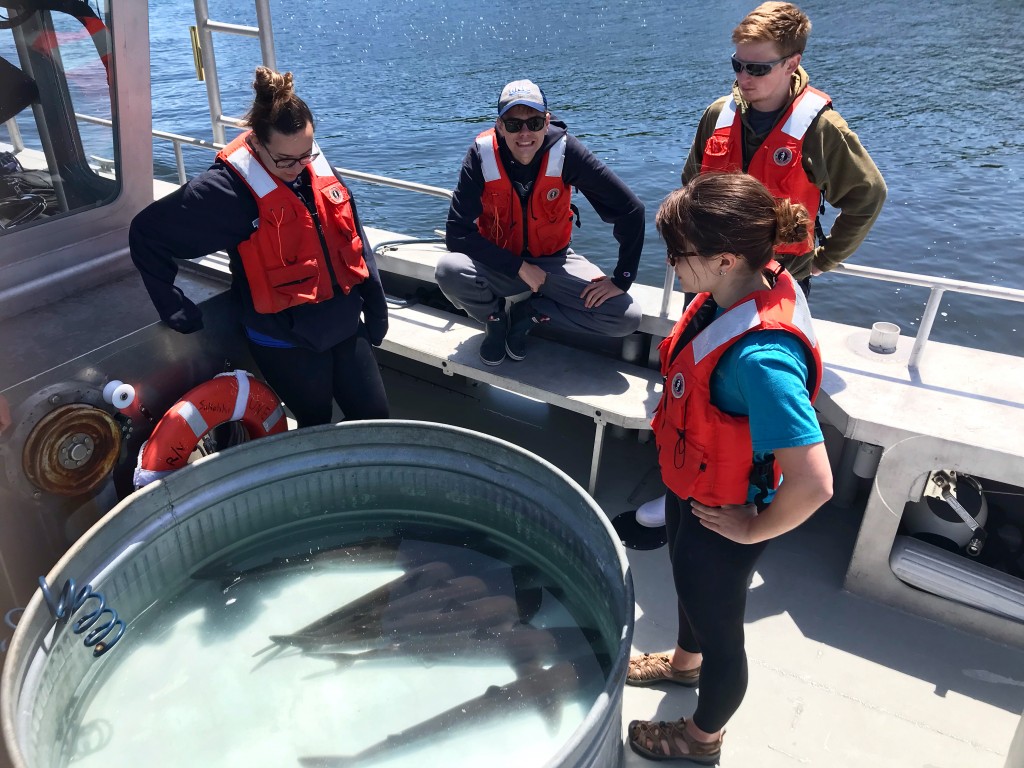 Brodbeck (left) aboard a UNE research vessel
Return to all news