Icelandic Ambassador Bergdís Ellertsdóttir speaks at a reception and planning meeting for the Arctic Circle Assembly at UNE North.

The University of New England hosted Icelandic Ambassador Bergdís Ellertsdóttir for a reception at UNE North: The Institute for North Atlantic Studies on Friday, Aug. 20.

“UNE North itself is the product of an Arctic Circle Assembly, and so we’re very excited to be going back this year,” Parker said. “UNE North is committed to help Maine and the region achieve its sustainability goals to create healthier environments and economies.”

Also in attendance were representatives from the Maine International Trade Center, the Maine North Atlantic Development Office, the University of Southern Maine, New England Ocean Cluster, and the office of Governor Janet Mills.

Ellertsdóttir took note of each organization’s expectations for the upcoming trip, and she provided an update on the COVID-19 situation in Iceland.

Ellertsdóttir also said she had enjoyed her time in Portland.

“This is the first time I’m here, and I’m not sure I’m going to leave,” Ellertsdóttir remarked. 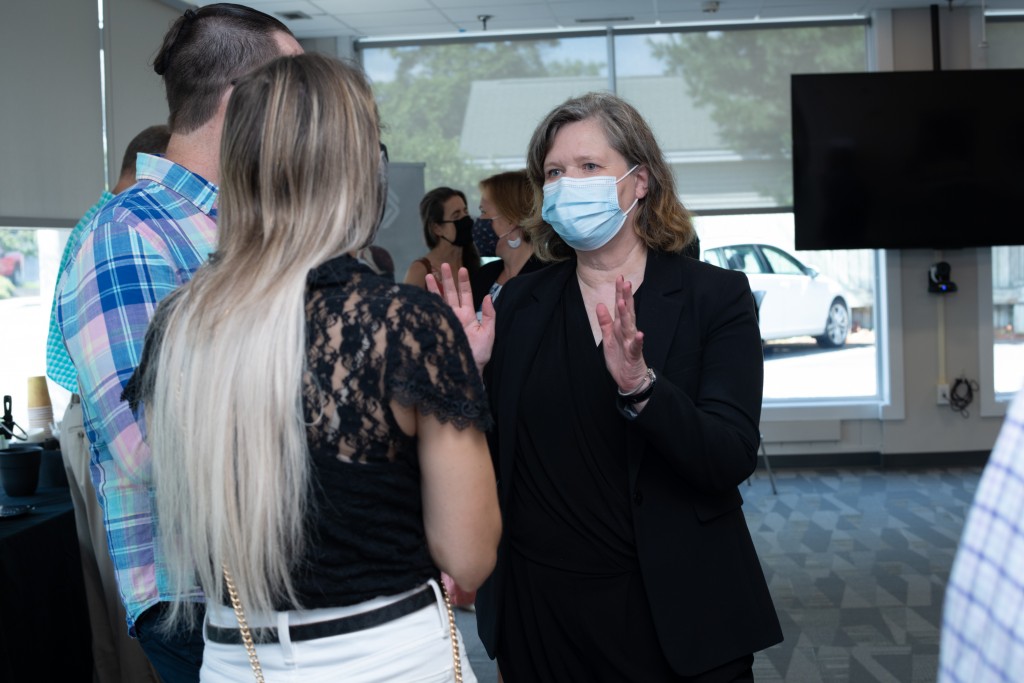 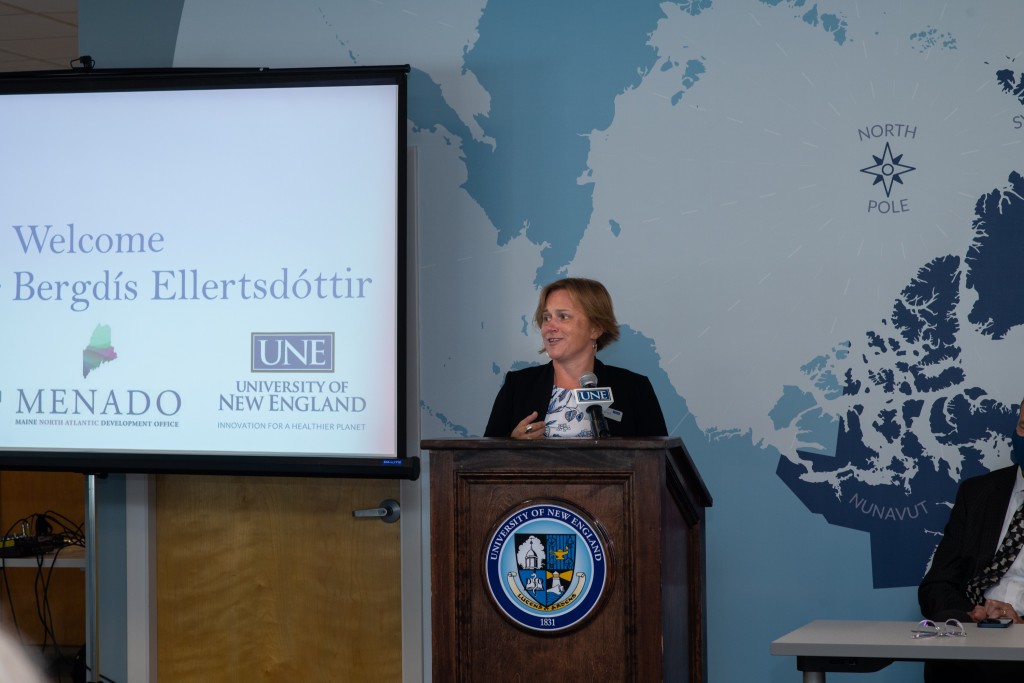