Rev. Lennox Yearwood, founder of the Hip Hop Caucus and keynote speaker at UNE's One-Night Teach-In on Climate and Justice

Hundreds gathered on the Biddeford Campus on Wednesday, March 30, to engage in multiple conversations about the state of climate change and environmental justice, as the University of New England hosted the One-Night Teach-In on Climate and Justice.

UNE joined more than 300 colleges and universities across the globe as part of Worldwide Teach-In on Climate and Justice, an initiative of the Solve Climate by 2030 project, led by Bard College. The collaborative event was produced in partnership with UNE's Center for Excellence in Collaborative Education (CECE), with funding from The Climate Initiative and the Kennebunkport Conservation Trust.

The teach-in focused on seven panels related to climate change, presented by dozens of UNE faculty, students, and guest speakers from across the University, plus a keynote address by Rev. Lennox Yearwood Jr., president of the Hip Hop Caucus.

Yearwood began the event by telling the audience how he became involved in climate activism following the devastation of Hurricane Katrina, which ravaged his hometown of New Orleans.

“I watched poor people — Black and Brown people — drown to death in the richest country in the world,” he reflected. “When our planet turns against us — that is the horrific consequences of the climate crisis. … and the one thing about this crisis we’re in is that it’s a real crisis that we as humanity have to solve.”

In solving the crisis, Yearwood said, people must seek climate justice — the notion that climate change can have differing adverse socioeconomic and public health effects on underserved populations.

And he said young people’s voices are more important than ever in driving the change.

“When young people say they’re afraid, we must listen to them,” he remarked. “It is more than likely none of us in this room will be here in 100 years, but what will be behind will be your vigor and your energy and your passion to solve this climate crisis.

“If we fail, then humanity fails,” he added. “We need this moment.”

Emma Jones (Marine Sciences, ’22) was one of a handful of students who participated in the panel discussions. She spoke about reckoning with climate injustice in coastal communities.

“I think it's important to talk about how human-induced climate change harms the ocean, which, in turn, harms vulnerable communities that usually have had little contribution to global warming,” she said.

Jones said she was proud to present at the teach-in and engage with her peers to tackle this global issue.

“I think it’s important to have a student’s voice heard in these settings,” Jones remarked. “We have seen throughout history that college campuses are often the birthplaces of influential action. We may sometimes feel helpless when thinking about climate change, but, if enough of us band together to push for a significant shift in these business-as-usual trends, we can be the change we want to see.” 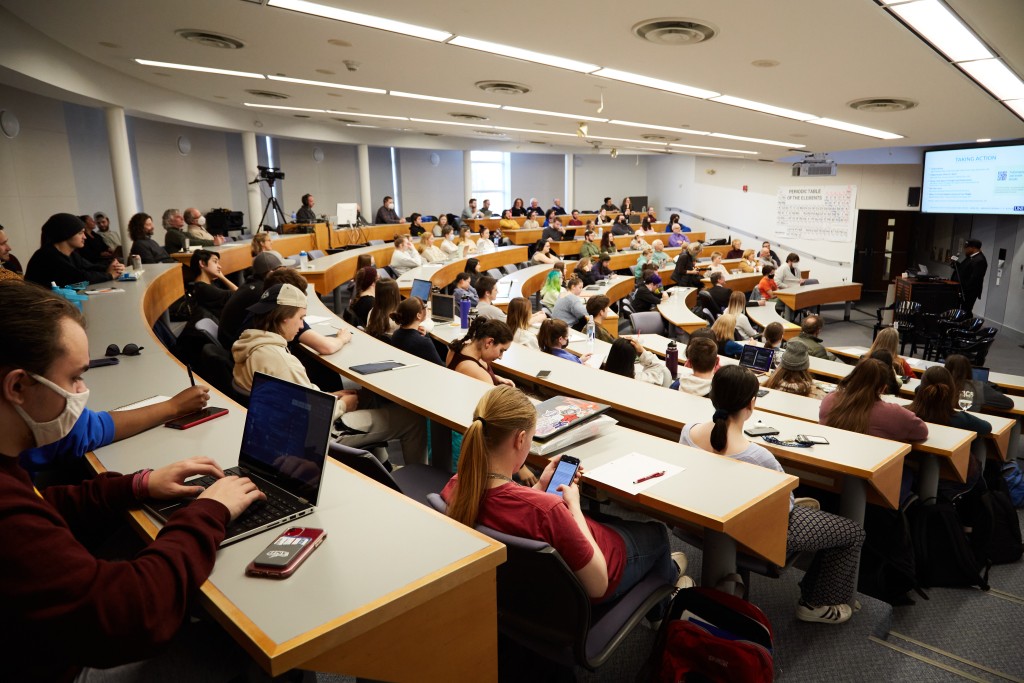 The event drew hundreds of students. 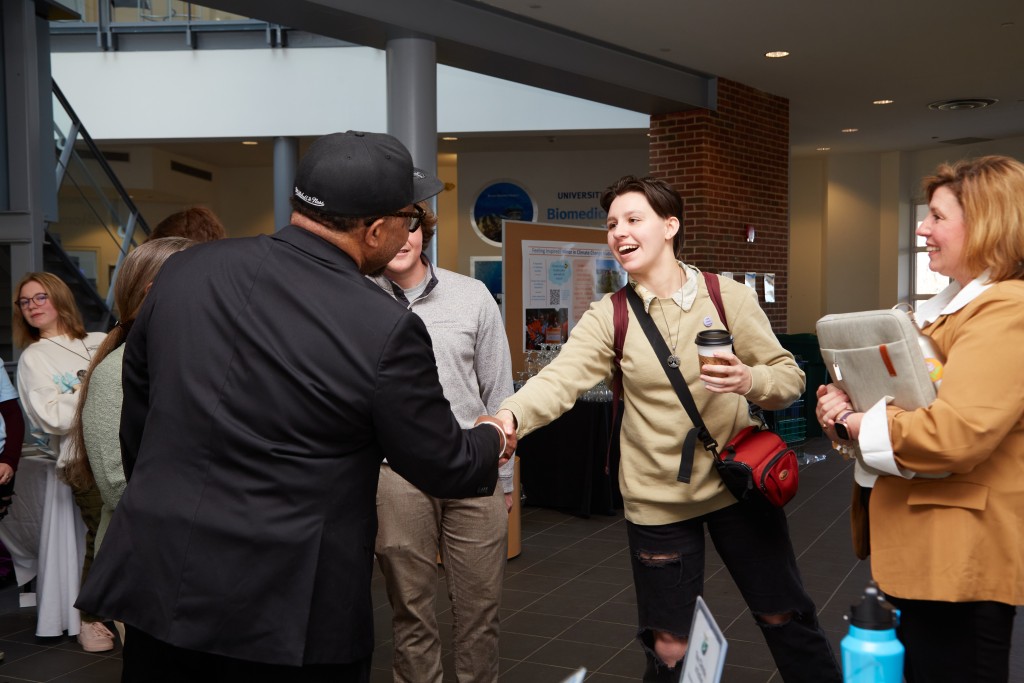 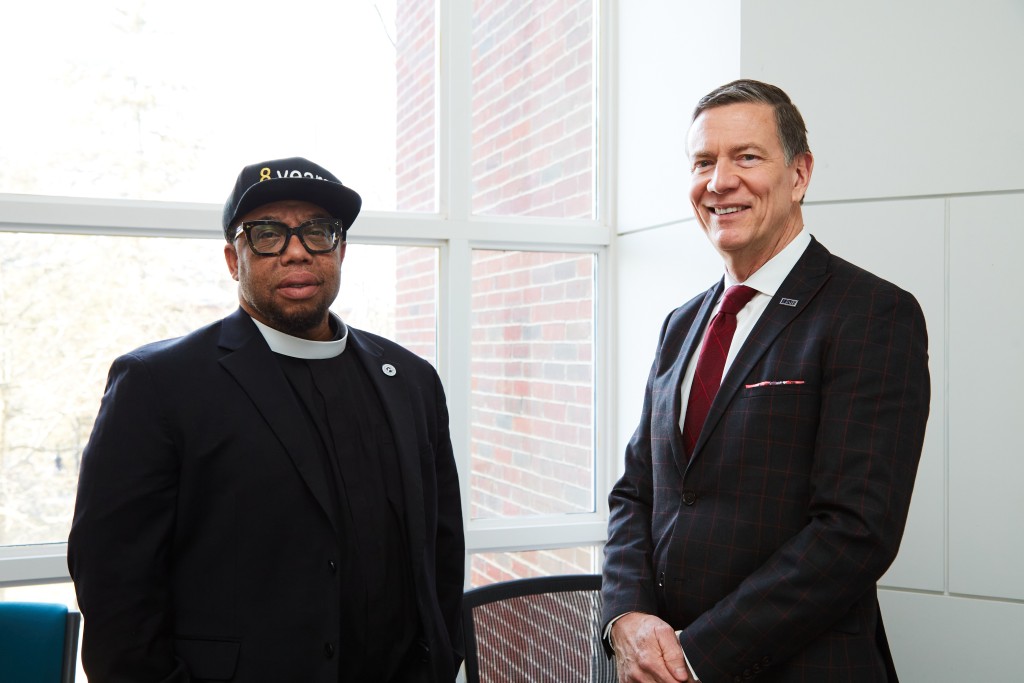 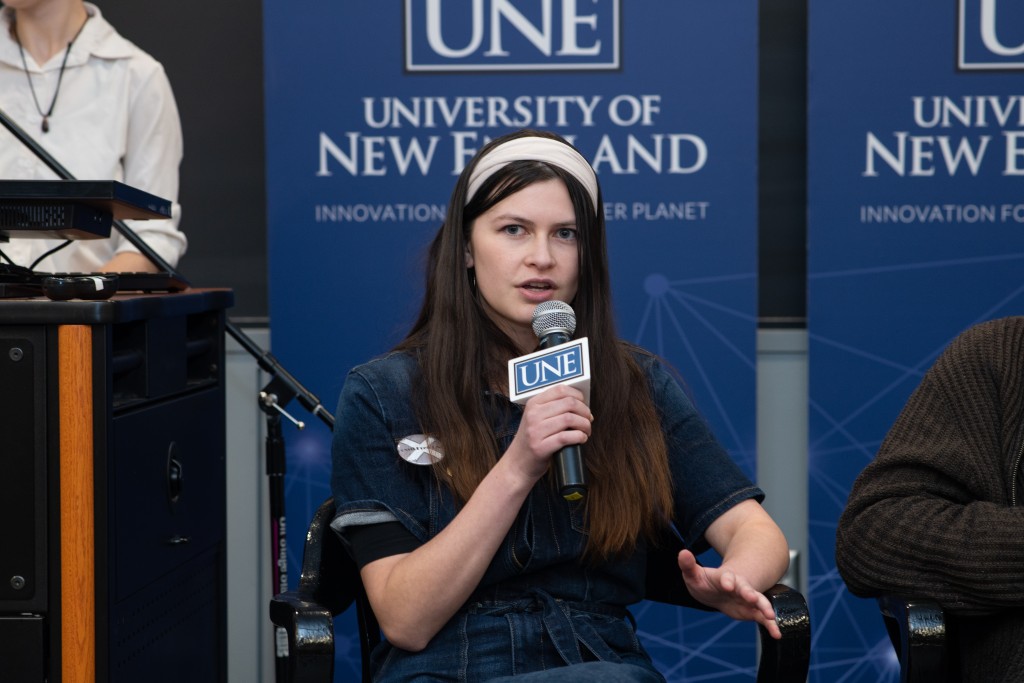