Gilmour, the NCAA Division III's first LGBTQ Athlete of the Year, poses with students from UNE's Storming to Change and Ed Silva, interim associate provost for Community, Equity, and Diversity.

On Monday, Oct. 9, the University of New England welcomed Kena Gilmour, an activist with the Action Center on Race and the Economy and the NCAA’s first Division III LGBTQ Athlete of the Year, as the inaugural speaker of its Intersectionality Speaker Series.

Gilmour, a former student-athlete at Hamilton College who identifies as a cisgender, queer, Black man, spoke before a packed room at the Harold Alfond Forum, sharing his personal background, experience with his intersecting identities, and journey into activism and social justice.

The event was put on by Storming to Change, a student-led committee within UNE Athletics focused on promoting diversity, equity, and inclusion.

Gilmour, who holds a degree in government from Hamilton, began by discussing his adolescence, coming to terms with his sexuality, and his love of basketball. He said he initially tried to put on a “façade of heterosexuality” that — coupled with learning of homophobic remarks by some of his heroes in professional basketball — ultimately held him back from his passions.

“As a child, this has a huge impact on how you interact with the world and even how you internalize a large part of yourself,” he said. “It made me feel that the passion I have for basketball and my identity were mutually exclusive.”

Following these feelings, Gilmour said he was reminded of a quote by the prominent queer, Black writer and activist James Baldwin: “We all have the right to be here.”

After coming out to his team, Gilmour set his sights on making spaces more welcoming for people of marginalized communities. He said it is hard to make sweeping change and said the best way to advocate for people is by starting at a grassroots level — for example, by holding friends accountable for their actions, creating inclusive school groups, and working as a team to make the world a better, more accepting, and inclusive place.

“We sometimes get hung up on the fact we’re not celebrities or pro athletes or politicians or academics with decades of experience,” he said, but you don’t have to be Lebron James or Elizabeth Warren to effect change,” he remarked. “If there’s anything you all come away with today, it’s that you have a right to be here, and I hope that we can make it so everyone has this right and no one is questioning if they deserve to belong.” 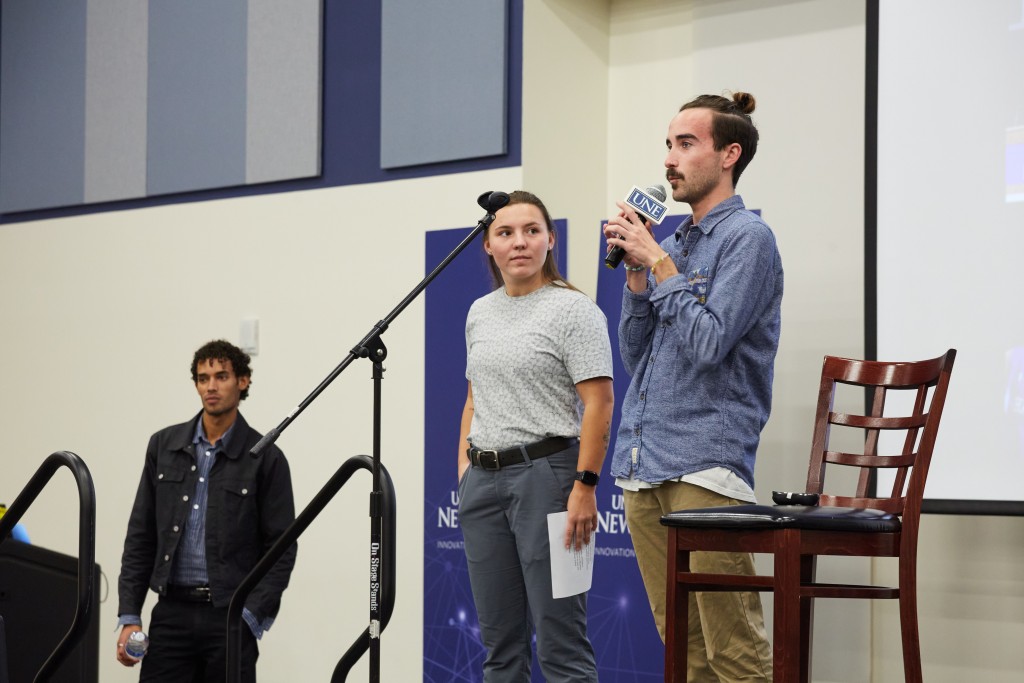 Aidan O'Keefe, a leader of Storming to Change, addresses the crowd. 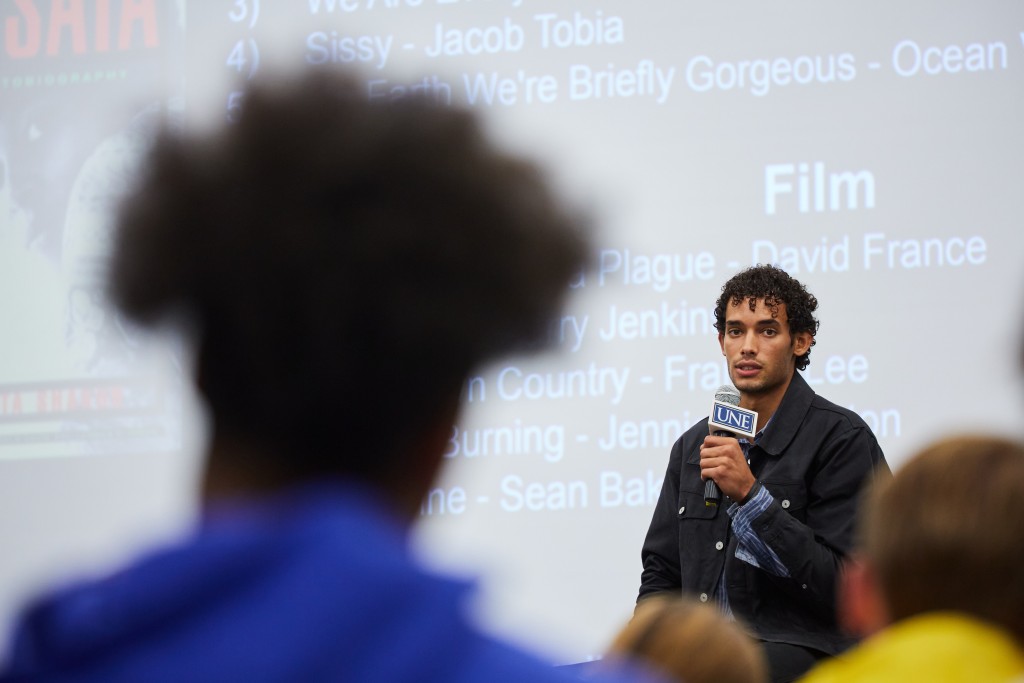