UNE’s Wayne Lamarre on the way to the Olympic games in Beijing with U.S.A. Women's Hockey Team

Wayne Lamarre, M.Ed., clinical professor and director of UNE’s Master of Science in Athletic Training program, is on his way to the Winter Olympics in Beijing, China. Lamarre will be a member of the  medical staff as an athletic trainer (AT) for the U.S. Women's National Ice Hockey Team.

“It is an incredible honor for me,” Lamarre stated. “If you ask any rising athletic training student what they want to do, it is to work at the elite levels, whether that is NCAA Division One athletics, professional sports, or at the Olympic level.”

Lamarre began working with USA Hockey and the women’s program in June of 2015 as an athletic trainer for the Under-18 development camp held at UNE.

“We were thrilled to have them here,” Lamarre said. “They absolutely loved our facilities and the service that they received from us. They asked me at that time if I would be willing to serve as one of the medical staff members to support that camp and I was happy to do it.”

Lamarre also worked with the U.S. Women’s National Team at the USA Hockey Women's Winter Training Camp in Blaine, Minnesota, in December of 2015 and at the International Ice Hockey Federation Women’s World Championship in Kamloops, Canada in 2016 when the team took first place.

“I have worked with them often over the years and they are familiar enough with me that they asked me if I wanted to join the team in Beijing and of course I am thrilled to do it,” Lamarre said.

Lamarre has over 30 years of experience as an athletic trainer, working with athletes and patients of all ages and all levels who participate in a wide range of activities, including professional soccer, professional dancers, and professional hockey.

Lamarre’s connection with USA Hockey has also benefitted some of his students.

“We were able to bring a group of UNE Exercise Science and Athletic Training students to the U.S. Olympic Training Center in Lake Placid, New York because of my role with the team,” he stated. “We were allowed to stay in the dormitories with the athletes, so our students had a chance to interact with future Olympians, as well as USOTC athletic training and strength and conditioning staff.”

“I continue to tell the students here in our program that I would love to say that it's exclusively my skillset that helped me earn this, but it really was not,” he explained. “I think a big part of it is my work ethic and the interaction that I have had with both the athletes and the other members of the staff. It is the importance of those soft skills that we continue to make sure we remind our students about in professional programs like ours.”

Lamarre will be part of a medical staff that includes another athletic trainer, a massage therapist, a nutritionist, and a physician. The five-member group will support the team along with the coaching staff in Beijing.

“The sports medicine staff will focus almost exclusively on acute injury prevention, management, and recovery during the games.  These athletes are incredibly tuned in to their needs, and we will be there to support them in their bid for gold,” Lamarre said. 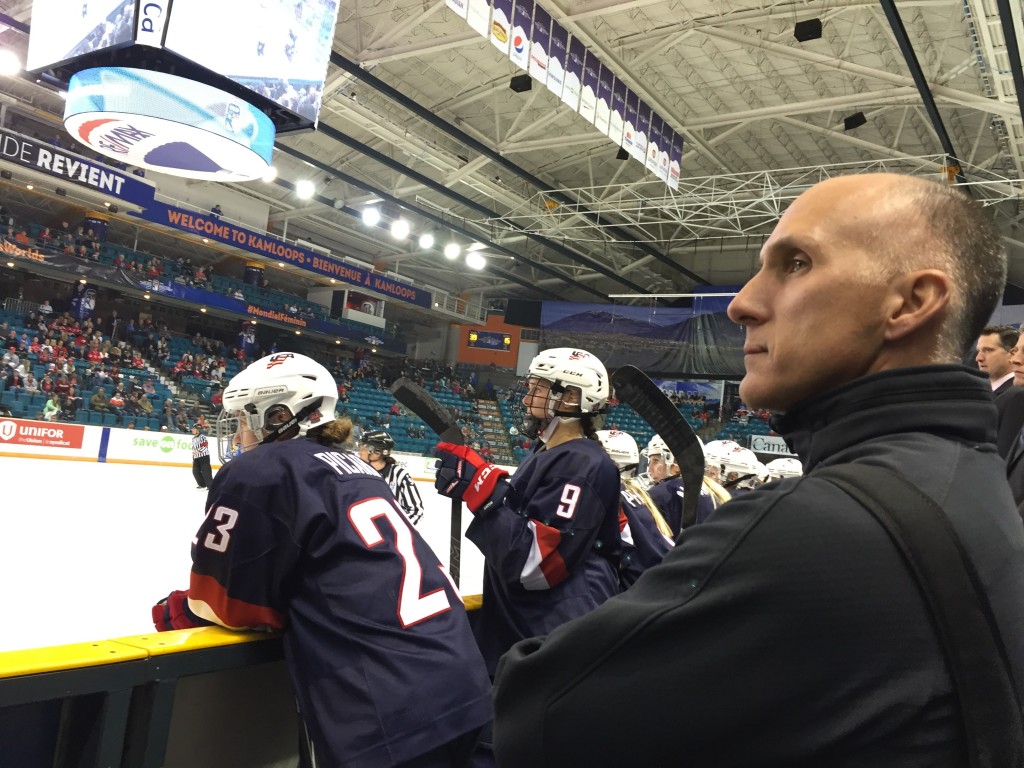 Lamarre has worked often with USA Hockey
Return to all news