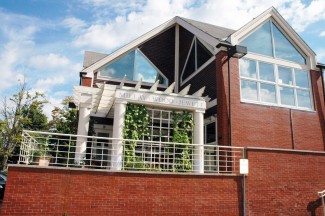 Josephine Diebitsch Peary was born May 22, 1863 in Washington, D.C. She was the daughter of Herman Henry Diebitsch of Prussia and Magdelena Augusta Schmid Diebitsch of Saxony. Her father was a professor at the Smithsonian Institution in Washington. Josephine was raised in a loving family that encouraged her to explore the world. In 1885, while attending dancing school in Washington, Josephine met Robert Edwin Peary, the future Admiral who would become known for discovering the North Pole. Three years later, on August 11, 1888, the two were married and began a life of discovery together.

Josephine’s eagerness to explore the world prompted her to accompany her husband on his second expedition to Greenland, from 1891-1892, and she became the first woman to take part in an Arctic exploration. Josephine was an active participant in this, and all other voyages to Greenland, showing her talent as a hunter of reindeer, ptarmigan, and other game for food and clothing. She also provided hearty meals to the entire party and on holidays made a special feast of sorts to lift the spirits of the crew who could not be with their families. The letters she sent to her husband, while he remained in the Arctic, show the unconditional love and support she gave him throughout all of his endeavors. He gave her much of the credit for all of his achievements. During the 1891-1892 expedition, Josephine wrote the anthropological treasure, My Arctic Journal (1893), which provided the world an accurate, elaborate picture of Arctic geography and Inuit culture.

In 1893, Josephine again accompanied her husband to Greenland, and during this time she gave birth to a daughter, Marie Ahnighito Peary, less than thirteen degrees from the North Pole. Marie was famous for being the most northerly born white child and was nicknamed “Snow Baby” by both Eskimos and Americans. Her middle name honored the Eskimo woman who made Marie’s first fur suit.

Josephine and Marie made a voyage to Greenland in 1897 and, in 1900, when she received word that Robert’s toes were frozen and had to be amputated, she quickly set sail with a crew on the Windward. The vessel was damaged upon hitting an iceberg and was frozen in for the winter. Robert joined them on May 6, 1901. A voyage in 1902 to visit the Admiral completed Josephine’s journeys to Greenland. The following year, she gave birth to a son Robert E. Peary, Jr. She published two additional books as a result of her Arctic experiences, The Snow Baby (1901) and Children of the North (1903). After Admiral Peary reached the Pole in 1909, the Pearys spent most of their time at their summer home built on Eagle Island, off Harpswell in Casco Bay. During the winter months, they lived in their permanent home in Portland.

During her lifetime, Josephine was active in many organizations. She was a charter member of the National Geographic Society, the Philadelphia Geographic Society, the Appalachian Mountain Club, and an honorary member of the Woman Geographers. On May 6, 1955, Josephine was awarded the National Geographic Society’s highest honor, their Medal of Achievement. This solid-gold, custom-designed award is one that very few women have ever received. After Admiral Peary’s death in 1920, Josephine settled into a permanent home on Baxter Boulevard in Portland. She made a few public appearances, mostly to advocate for her husband’s achievements or to tell stories of the Arctic. She spent most of her time with her children and grandchildren. She died on December 19, 1955.