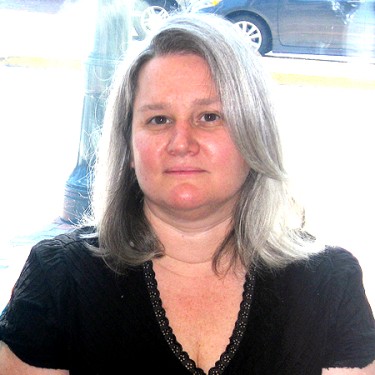 Dr. Deena J. Small teaches lecture and laboratory courses in Biochemistry.  Dr. Small has over 15 years of experience teaching biochemical concepts and methodology to undergraduate students in both formal lecture and laboratory settings.  The content of her courses reflects her interest and expertise in the study of metabolism and signal transduction.  Dr. Small also integrates a research-based approach into her laboratory courses that provide opportunities for  UNE undergraduates to develop research questions that are addressed using modern biochemical and molecular techniques.  UNE undergraduates engaged in course and individual, mentored research projects conduct studies that reflect Dr. Small’s own research interests in deciphering the role of Jagged1/Notch and FGF/FGFR signaling systems in the regulation of adipogenesis and metabolism in fat cells and tissues.  In addition, she has recently expanded her studies on FGF1/FGFR signaling to include questions related to brain development and neurotransmitter production.  Finally, her research utilizes both murine cell culture and the zebrafish model system to study impacts that exposure of environmental chemicals such as PBDE and PFOA have on metabolism and neurological development.

My laboratory's research is centered on problems investigating molecular mechanisms governing both adipogenesis (fat cell differentiation) and osteogenesis (bone cell differentiation). A primary focus of the laboratory is to define the signaling events mediated by interactions that occur between the Jagged1/Notch and FGF/FGFR signaling networks in mesenchymal stem cells exposed to hormones such as insulin.  A second and more recent area of study revolves around understanding how Polybrominated Diphenyl Ether (PBDE), a common flame retardant found in upholstery, carpeting, electronics and other household goods, alters the adipogenic and osteogenic program in cultured cells and animal(mouse) models.  As a biochemist/molecular biologist, my studies are aimed at untangling the protein/protein, receptor/ligand and protein/DNA interactions that take place in the context of these processes. In addition,physiological outcomes, including changes in metabolism and hormone production, are also evaluated using in vivo rodent models. Since white adipose tissue serves as both an energy-storing depot for high energy lipids and an endocrine ÒorganÓ that secretes hormones important for metabolism and other physiological processes, it is not surprising that abnormal states of adiposity such as obesity are high risk factors for the development of insulin-resistance syndromes (Metabolic Syndrome and Non-Insulin Dependent Diabetes Mellitus) and other pathological conditions. In addition, we have also found that PBDE exposure may cause problems with bone cell development and contribute to osteoporosis. Since my research is Biomedical in nature, the primary funding mechanism I have sought for these studies is through the National Institutes of Health and American Heart Association.

In addition to my research, I have also been involved in outreach into the middle school chemistry and biology classrooms. I am currently in the process of developing an interactive website with the Sanford,Maine Middle School Science Department that will facilitate interactions between students in my laboratory and the Sanford classrooms. This outreach has also led to the development of independent study opportunities for undergraduate students interested in working in the Sanford school system and/or on the website. Funding for this outreach is being sought through the NSF and Honda Corporation.

Complete List of Published Work in NCBI My Bibliography: http://www.ncbi.nlm.nih.gov/sites/myncbi/deena.small.1/bibliography/41157211/public/?sort=date&direction=ascending

Research interests include using transgenic murine models and cell cultures to decipher the role of Jagged1/Notch and FGF/FGFR signaling systems in the regulation of adipogenesis and metabolism in fat cells and tissues. In addition, studies on FGF1/FGFR signaling include questions related to brain development, neurotransmitter production. Finally, toxicological studies utilizing both murine, cell culture, and zebrafish model system study the impacts that exposure of environmental chemicals such as PBDE and PFOA have on adipose, bone, metabolism and neurological development.