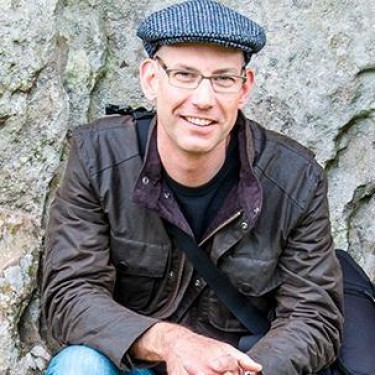 Chair, Department of History and Philosophy Professor of European History

Eric G.E. Zuelow is chair of the Department of History and Philosophy and a professor of European history. He specializes in modern Britain and Ireland, with a particular emphasis on the histories of tourism and national identity. Zuelow is author of A History of Modern Tourism (Palgrave, 2015) and of the award-winning Making Ireland Irish: Tourism and National Identity since the Irish Civil War (Syracuse, 2009), editor of Touring Beyond the Nation: A Transnational Approach to European Tourism History (Ashgate, 2011), and co-editor of Tourism Histories in Ulster and Scotland: Connections and Comparisons, 1800-1939 (Ulster Historical Foundation, 2013), and Nationalism in a Global Era: The Persistence of Nations(Routledge, 2007). He is editor-in-chief of Journal of Tourism History which is published three times per year by Routledge. Zuelow is editor of the Histories and Cultures of Tourism book series, published by Cornell University Press and he is a member of the editorial board for the Britain and the World book series which is published by Palgrave; he deals with titles covering the period after 1688. In addition, he is currently co-editing the Oxford Handbook to the History of Tourism and Travel.

I am currently working on a history of empire tourism during the nineteenth and twentieth centuries. In addition, I am also working away on a project about the changing nature of sociability and nostalgia in England since World War II through the lens of the public house.

(Co-editor with Mitchell Young and Andreas Sturm) Nationalism in a Global Era: The Persistence of Nations (London: Routledge, 2007)

For more information about the series, visit: https://soundcloud.com/user-972332815/1869-episode-42-with-eric-zuelow-series-editor-for-histories-and-cultures-of-tourism.

For more information about the series, visit: https://www.palgrave.com/gb/series/14795

For more information about the journal, visit: http://www.tandfonline.com/action/journalInformation?show=aimsScope&journalCode=rjth20#.VFo14WRdWTw