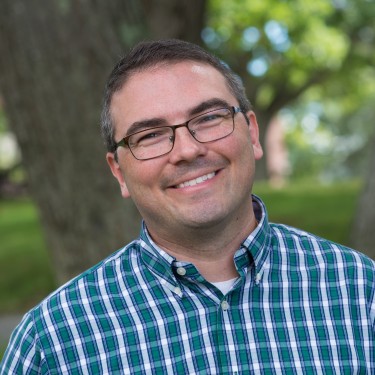 Lee works with different UNE offices and departments across campus and beyond, assisting with the audio-visual aspects of conferences, meetings and special events.

Lee joined the UNE Communications team in 2016, after seven years as co-owner of a successful full-service video production company in Kennebunk, serving clients such as the Mayo Clinic, Central Pacific Bank, Silicon Valley Bank, the Bush family and the Ogunquit Playhouse. Prior to that, Lee worked with several high-profile production companies in Los Angeles, travelling around the world and assisting in the creation of reality shows for MTV, Fox and Spike TV.

A proud Mainer, Lee is a graduate of Biddeford High School. He received his Associate of Applied Science in Communications and New Media from Southern Maine Community College and his Bachelor of Arts in Media Studies from the University of Southern Maine.

Lee’s greatest joy is spending time with his growing family, which consists of his wife, Michelle, sons Noah and Jonah, and their dog Ava.