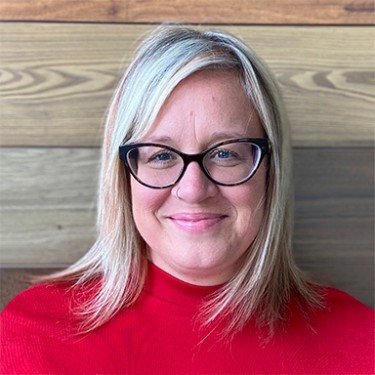 Shannon is the assistant provost for Diversity, Equity, and Inclusion (DEI). She has held several positions at a variety of institutions of higher education, mostly in the realms of student affairs and residence life, in which she took great initiative to bring a DEI focus to her work. She came to UNE from Southern New Hampshire University (SNHU), where she successfully advocated for the creation of a DEI position within the Department of Residence Life, led an effort to increase identity-based diversity of resident assistant staff, served as the team leader for a major initiative to improve equity and inclusion training for student leaders, prioritized student input, and drove an initiative to increase accessibility and inclusion beyond ADA requirements in new residence halls by including sensory-sensitive dorm rooms and single-use, full bathrooms in the construction plans.

Also at SNHU, she served on multiple committees in support of diversity, equity, and inclusion, and was deeply engaged in these issues on campus. She was a member of the Pride (LGBTQA+) and HUES (People of Color and Allies) employee resource groups, and, as the chair of the Student Affairs Diversity Committee, she facilitated departmental diversity assessments, co-facilitated racial justice gatherings, and performed key roles in a variety of presentations, trainings, and conferences, including “Cultural Sensitivity in the Classroom,” “Gendered Identity in the Classroom,” “Sexual Orientation, Gender Identity, and Sex,” the Trans Thriving Conference, Transgender Identity in a Binary World restorative circle, the SNHU Racial Justice Rally, the Diversity Imperative student leadership conference, “Building Inclusive Spaces & Places at SNHU,” and “Diversity? LOL: Is There Room for Humor in Diversity?”

Prior to her tenure at SNHU, she worked in administration for 15 years at the University of New Hampshire (UNH), where she, as director of Residential life, established a group for underrepresented resident assistants and residence hall directors and, subsequently, as assistant dean of students, coordinated a Bias Response Protocol and served as a first responder on the Bias Response Team. Also at UNH, she was as a social justice educator and served on a plethora of committees devoted to DEI work, including the University Council for Inclusive Excellence and Equity, the Recruitment and Retention of Students of Color Committee, and the Transgender Policy and Climate Committee, among others, and served as the vice chair of the President’s Commission on the Status of People of Color. She received UNH’s Special Appreciation Award for Social Justice Work and the UNH Kidder Staff Award for outstanding efforts to foster opportunities for LGTBQ+ community members.

Shannon received her bachelor’s degree in public relations from Marquette University and her master’s in higher education and student affairs from Indiana University.