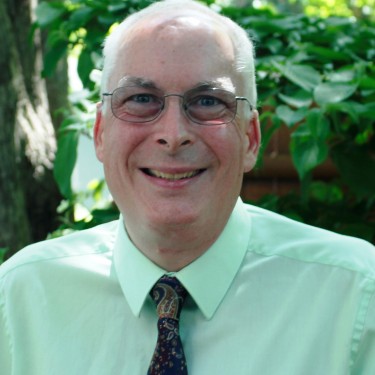 Thomas M. ("Tom") Meuser joined the faculty of UNE in Fall, 2018, as a Professor of Social Work in the Westbrook College of Health Professions and as the Founding Director of the new university-wide Center for Excellence in Aging & Health (CEAH). The UNE Legacy Scholars Program is the signature program of the new center and engages interested adults, aged 60+ years, in support of research and scholarship on healthful aging. Prospective Legacy Scholars can register online HERE.

Dr. Tom Meuser is a clinical psychologist with specialized training and experience in narrartive gerontology, the neuropsychology of dementing disorders, and psychosocial intervention approaches to enhance well-being in older adults.  Tom is on the Editorial Board for the peer-reviewed journal, Gerontology & Geriatrics Education, and he was named a Fellow of the Gerontological Society of America in 2011.

Personable and collaborative by nature, Tom is thrilled to be part of the UNE family and Portland area community! Directing the new CEAH is a professional dream come true for a hands on, applied gerontologist. He welcomes involvement and suggestions from anyone who cares about promoting healthful, "meaning-filled" aging in Maine and beyond.

Tom was born and raised on the Connecticut coast, where he attended Fairfield College Preparatory School (""Prep") and later earned his undergraduate degree in Psychology from the College of the Holy Cross in Worcester, MA. He has family in Maine and throughout New England, and this move to Maine is a homecoming on many levels. Tom's geneological roots in New England go back to the early 1600s and Nantucket Island. Tom's mother was a Macy, and he is a direct descendant of Thomas Macy, an early settler and leader of that Island community.

Tom earned his MA and PhD degrees in Clinical Psychology with an emphasis on aging from the University of Missouri - St. Louis (1992, 1997), and he completed a post-doctoral fellowship in clinical geropsychology practice at the Center for Healthy Aging in Akron, OH, in 1998. His fellowship training emphasized practice in nursing home and assisted living settings - important settings for thoughtful, person-centered intervention today.

The next decade of his professional career was spent in medical school settings where he honed his skills as a researcher and translational educator. He served as the Administrative Director for the Alzheimer's Disease Brain Bank at Saint Louis University School of Medicine in 1998-99. He then transitioned to the Knight Alzheimer's Disease Research Center (ADRC) at Washington University of School of Medicine (1999-2007) where he served as a center co-investigator and core leader on a "P50" center grant from the National Institute on Aging.  Just before coming to UNE, Tom served as an Interim Associate Dean for the College of Arts & Sciences at the University of Missouri - St. Louis, where is also directed the Gerontology Program starting in 2007. He was profiled by the St. Louis Post Dispatch for his latter work in 2012.

Tom is known for his work loss and grief in dementia caregiving (including a widely used measure - the MM Caregiver Grief Inventory), older driver fitness, and reminiscence and life review. His latest research focuses on legacy beliefs in older adults and cross-generational communication about what matters most in life. He spoke on the TED Stage about this work in 2017.

Tom founded the UM - St. Louis Life Review Project in 2008, and he and his students have conducted over 350 video recorded life story videos with senior volunteers since. One such volunteer was Fay Badasch with whom he later co-wrote an article on narrative intervention. He intends to continue this life giving work at UNE. "There's no better way to teach a young student about aging than by linking her with a willing older adult in the context of sharing a full life story," says Tom.

Tom's published research spans many issues in aging, while staying close to themes of independence, coping, meaning and successful life transition. He is experienced in all aspects of human subjects research, including study administration, grant writing, database development, mixed methods approaches, data analysis, and publication/dissemination of findings. He's a regular reviewer for over a dozen journals in aging, and he's participated in a number of NIH and other grant-related study sections (i.e., where research proposals are reviewed and scored) over the years. He looks forward to drawing on this experience as be helps grow new aging-related research and scholarship at UNE.

Tom's wife, Christy, is an Occupational Therapist, and they have three sons - two in college and one in high school now in Portland. He enjoys hiking, kayaking, biking, savoring a good craft beer, yard work, home repair, and other "fix it" projects of all kinds. In his spare time, he enjoys listening to NPR and reading nonfiction books on 20th Century history and adventure stories.

He's especially fond of WW2 History and he had the good fortune of knowing many participants in this seminal conflict, including a survivor of the Bataan Death March, a hero of Pearl Harbor on 12/7/41, and the last surviving pilot with kills in both the European and Asian Theaters. His grandfather served in the Navy in and around the Aleutian Islands. His uncle earned a Purple Heart for his service as an infantryman during the battle for Tarawa Island in the Pacific. The passing of so many veterans these days is sad, but they leave a tremendous legacy in the making of America and in the oral, film and written histories they leave for future generations.

Reminiscence Intervention - For persons with mild to moderate dementia