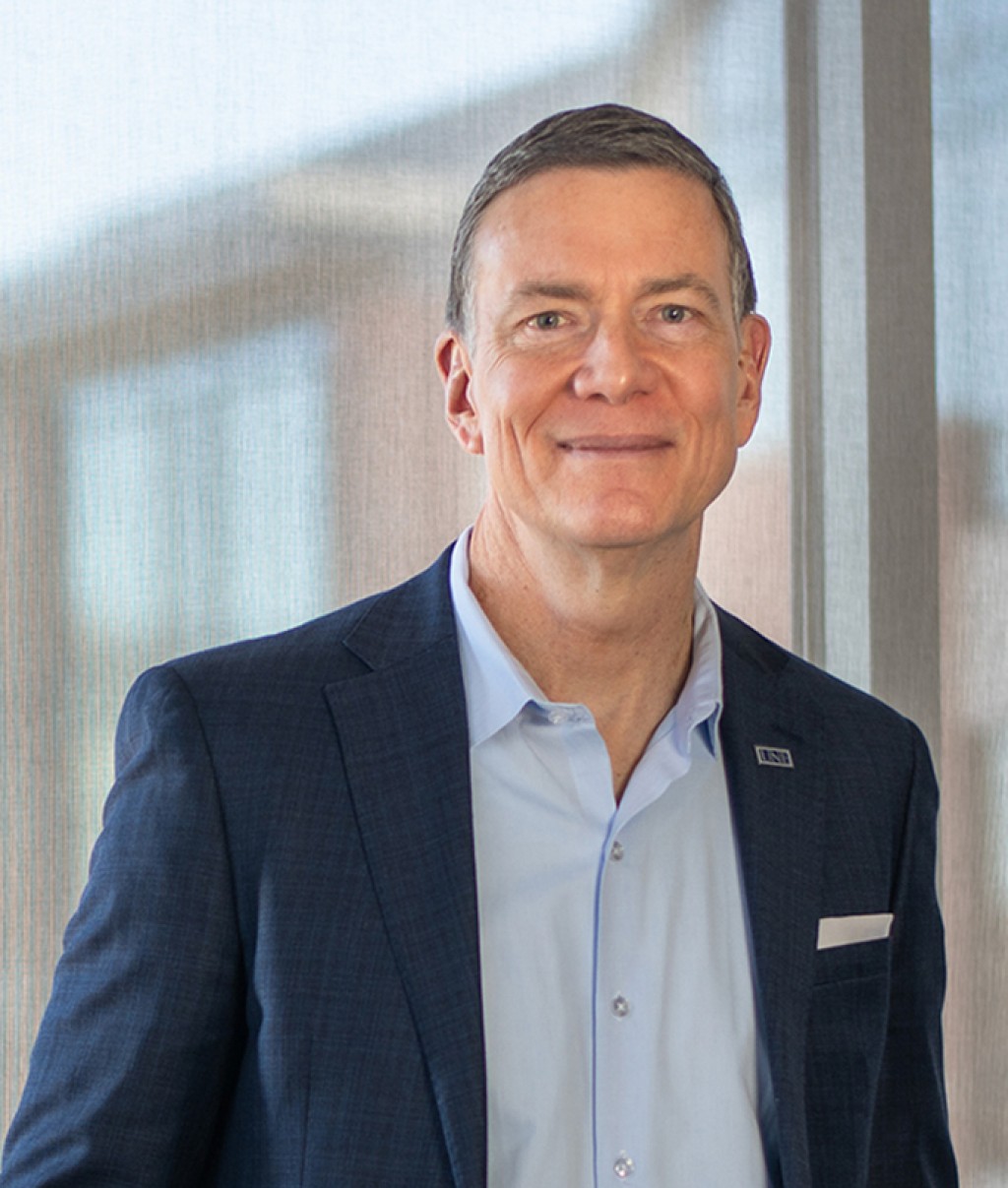 James D. Herbert is the sixth president of the University of New England. Upon joining UNE in 2017, he shared his distinct vision for the evolving mission of institutions of higher education in the 21st century. He is a champion of the university as the ultimate marketplace of ideas and an advocate for the transformation of students through a marriage of active learning in the classroom with experiential learning outside the classroom with the goal of preparing students with deep discipline-based knowledge, essential life skills, and critical habits of mind.

During his first year at UNE, Herbert led a university-wide effort to develop a new strategic plan, culminating in Our World, Our Future: Strategic Plan 2018–2023. The plan centers on an expanded definition of health, focusing UNE’s mission on enhancing the health of individuals, communities, and the natural world. It offers a blueprint to prepare students to address the world’s greatest existing and emerging challenges.

As UNE has begun to execute this plan, Herbert has led the university in making a number of important strategic investments, launching UNE North: The Institute for North Atlantic Studies, as well as interdisciplinary centers in aging and in public health. He has also consolidated existing and new programs to form Schools of Nursing and Population Health, and of Marine Programs. He also founded a moderated discussion series called The President’s Forum, which challenges members of the university community to engage in discussions surrounding the difficult topics we too often avoid in today’s increasingly polarized society.

Prior to joining UNE, Herbert led an internationally-renowned psychology research program on the treatment of mood and anxiety disorders at Drexel University in Philadelphia. During his tenure at Drexel, he also held a variety of leadership positions, including executive vice provost and dean of the Graduate College, interim provost and senior vice president for Academic Affairs, head of the Department of Psychology, and president of the University Faculty.

Herbert is known internationally in his field for his expertise on quackery and pseudoscience in mental health, having authored more than 170 scholarly works on these and other topics. His 2011 book Acceptance and Mindfulness in Cognitive Behavior Therapy has been endorsed by His Holiness the Dalai Lama, who called it “a most beneficial and powerful method for ensuring a healthy mind and heart.” Herbert is a fellow of the Institute for Science in Medicine, the Association for Contextual Behavioral Science, the Association for Behavioral and Cognitive Therapies, the Academy of Cognitive Therapy, and the Commission for Scientific Medicine and Mental Health.