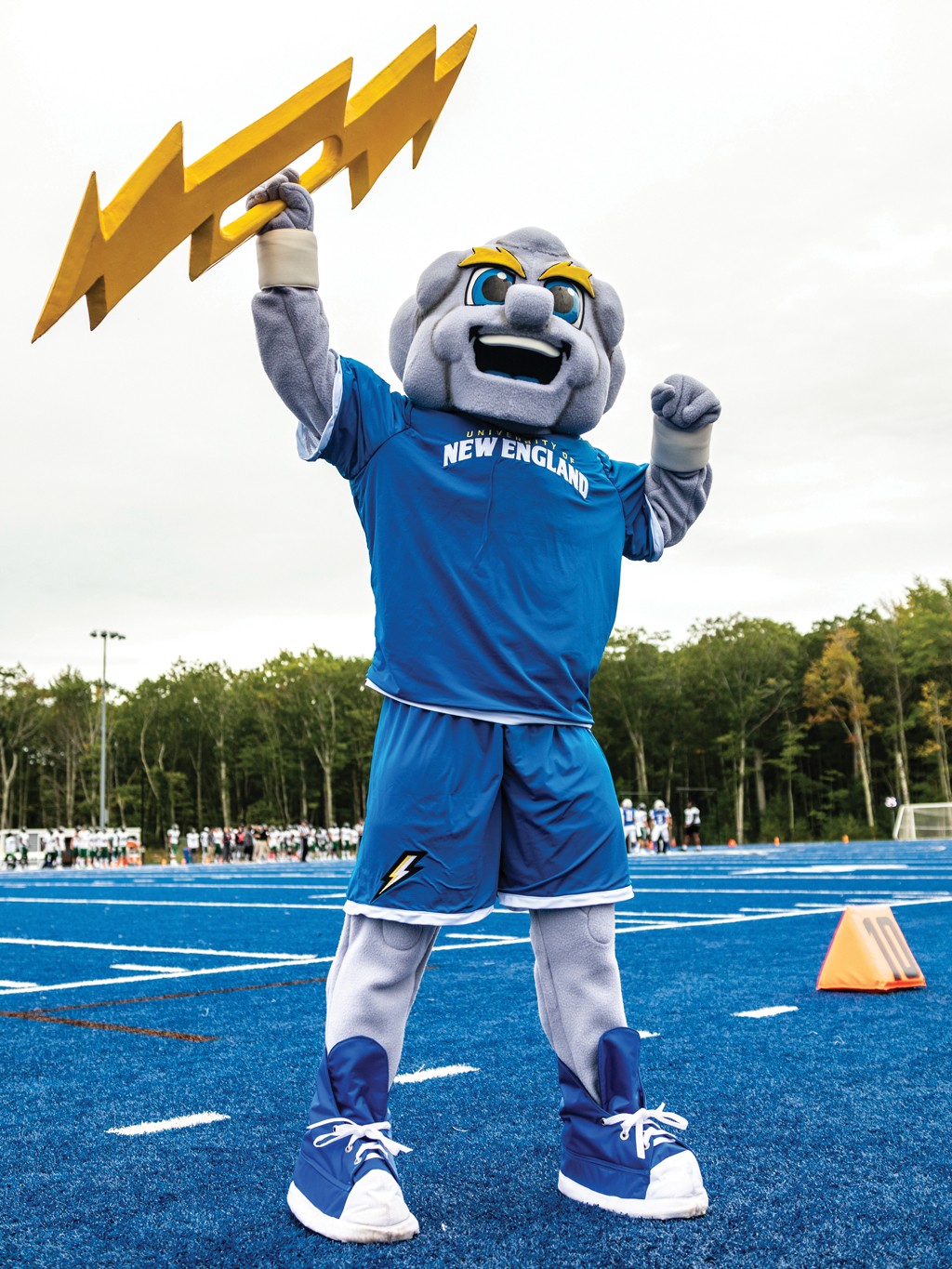 UNE’s Stormin’ Norman was once voted the top college mascot in the state of Maine, but Norman has also been one of the most polarizing figures on campus since his creation nearly 15 years ago. Many dedicated Nor’easter fans love his uniqueness, and there is no other mascot like him at any other institution in the country. On the other hand, his design has also been described as “creepy” and “weather vomit” by members of the UNE community. This fall, the UNE Athletic Department is set to give the Nor’easters’ semi-beloved mascot a facelift and unveil a new Norman.

As soon as she was promoted to director of Athletics in June 2019, Heather Davis made it one of her goals to revamp the design of Stormin’ Norman. “We all loved the idea and uniqueness of Norman, but his design was stale and outdated. We hoped to bring a new energy to him and promote a mascot that everyone could be proud of and excited about,” says Davis.

The department enlisted the help of Rickabaugh Graphics, a design company whose portfolio includes some of the most iconic mascots in collegiate sports — including Ohio State University’s Brutus Buckeye — to mock up a few potential ideas. The original Maine-centric concept designs included a lobster and moose, but after consulting with various constituencies on campus through focus groups and surveys, the decision was made to keep the mascot a cloud-like figure but with a refreshed look.

We all loved the idea and uniqueness of Norman, but his design was stale and outdated. We hoped to bring a new energy to him and promote a mascot that everyone could be proud of and excited about. — Heather Davis

Everything was ready to go with the design in late March 2020; the costume just needed to be built, and plans were in place to reveal the new and improved Norman that fall. Like many things that spring, the debut was put on hold when the pandemic hit and postponed everything until this year. New-look Norman was finally unveiled in Biddeford during Homecoming Weekend. As he burst onto the field during the Nor’easters’ Homecoming football game to the roaring cheers of the crowd, the PA announcer explained that Norman had spent the pandemic lockdown working with UNE’s crack athletic training students and faculty to get in tip-top condition and shopping for new clothes — hence, his new look.

This was not the first time that changing the Nor’easters’ mascot had been discussed. Shortly after the athletic logo was rebranded in 2008, there was talk within the UNE community about creating a new Norman. Former Athletic Director Kim Allen sent a survey out to all students to gather feedback on a new design that included concept drawings of potential costumes. The designs included a seal wearing a raincoat, a yeti, and a blue lobster, as well as a reimagined version of the current mascot. None of the ideas ever came to fruition, and the project was postponed. Over the years that followed, there were always whispers of a redesign, but until recently the idea never made it past the initial stages.

Keep your eyes on the sidelines at UNE games this year to get a glimpse of our new mascot hyping up fans and helping to create an enjoyable atmosphere for everyone involved.

Stormin’ Norman was the first mascot for the Nor’easters but not for the University. During the St. Francis College days, the athletics teams were known as the Knights, and their mascot, Sir Otis, roamed the sidelines. St. Francis became the University of New England in 1978, and the Knights name and logo remained. UNE merged with Westbrook College, whose teams were known as the Wildcats, in 1996. That nickname stayed for a year until the Nor’easters were introduced prior to the 1997-98 school year. 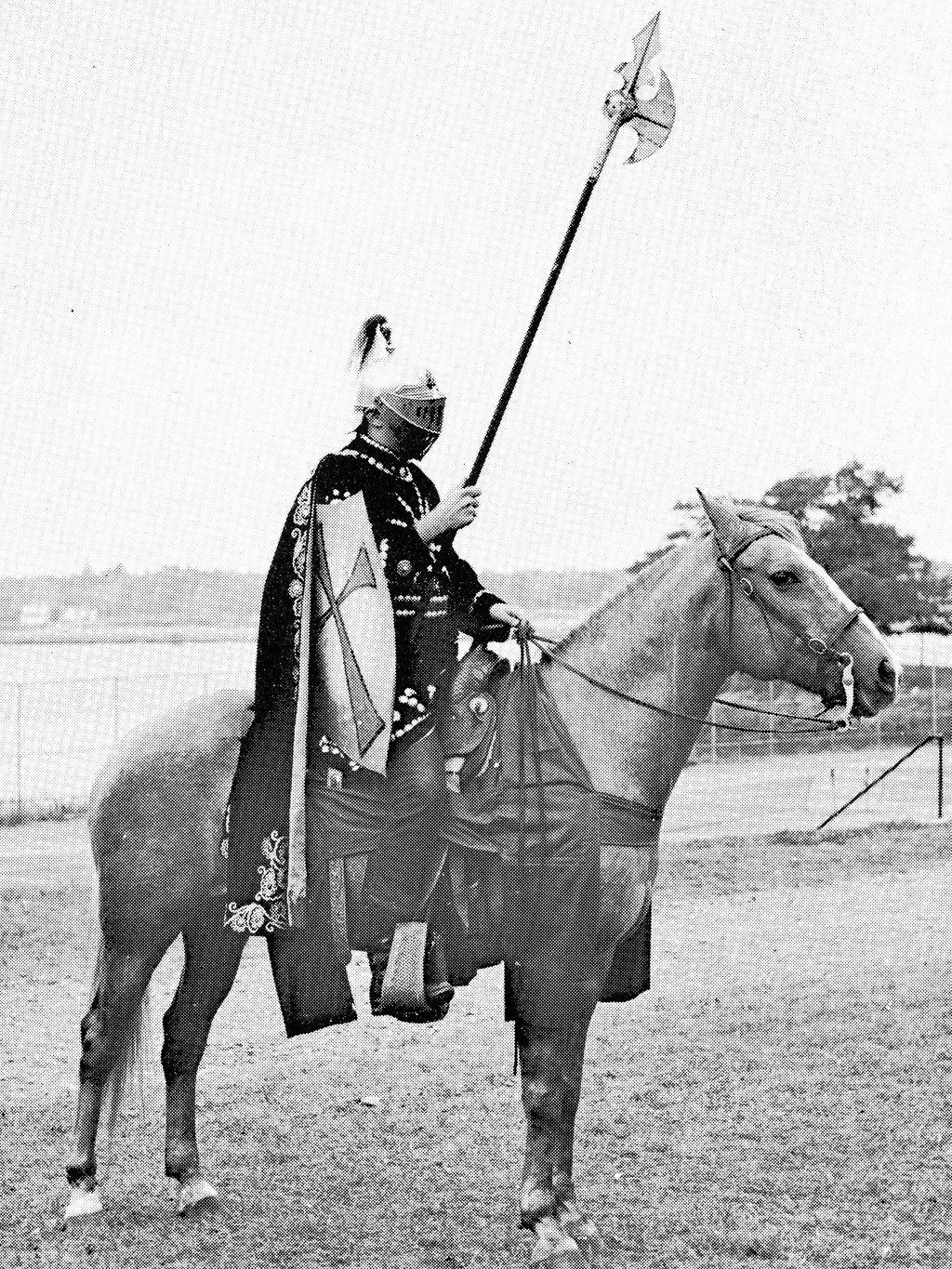 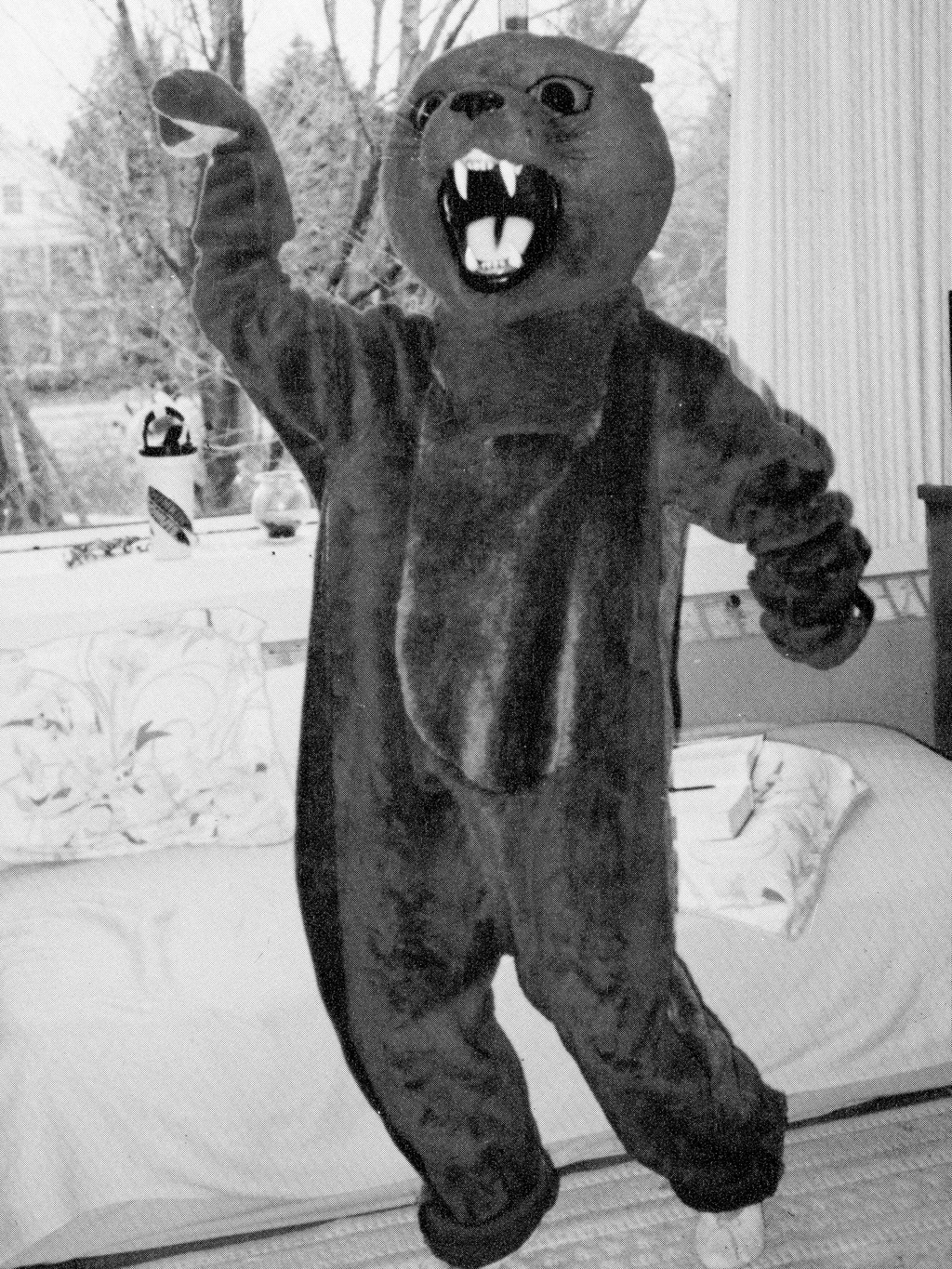 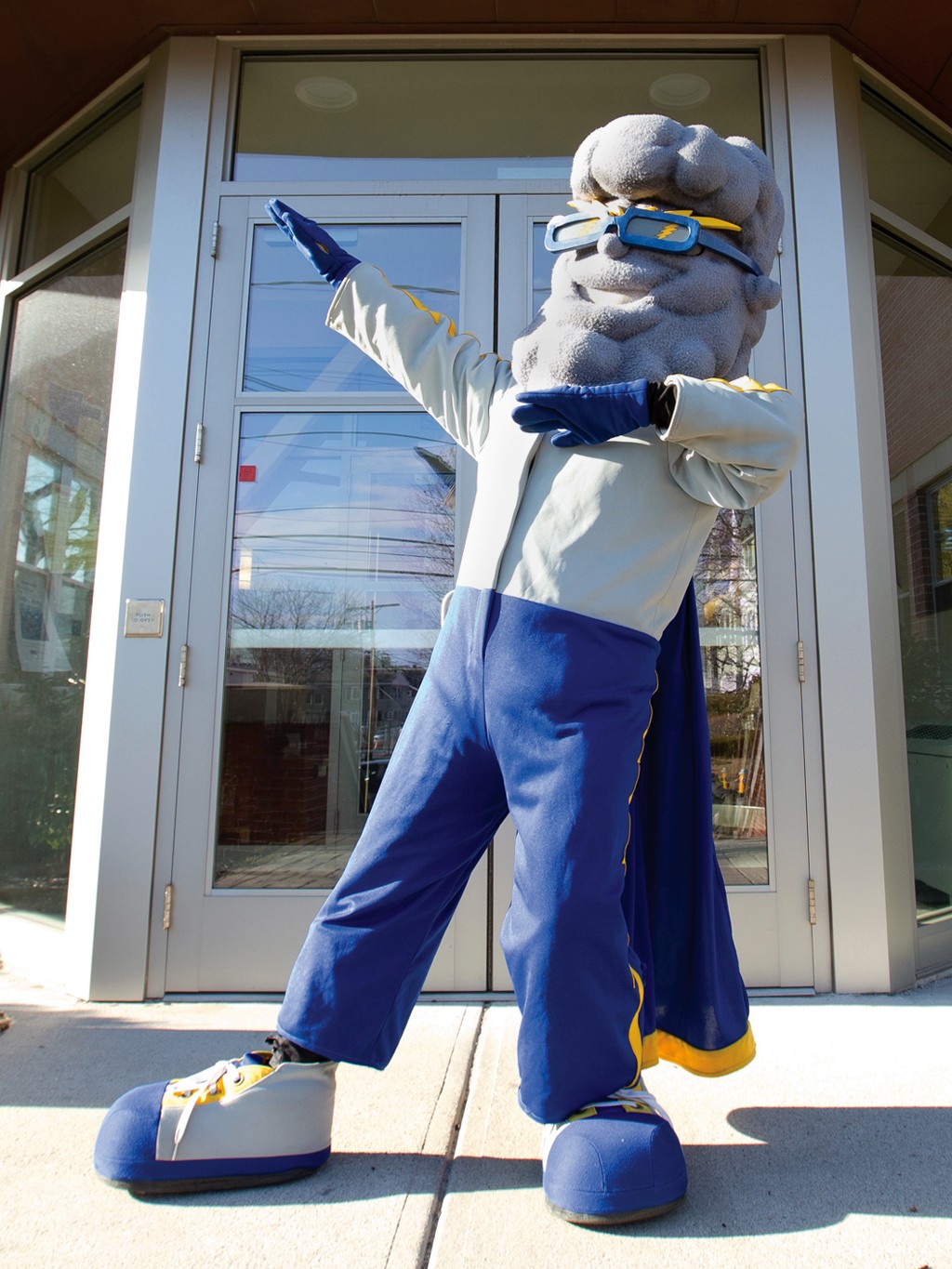