The green crab population has increased dramatically in some areas of Maine in the past few years, according to the Maine Department of Marine Resources (DMR). They feed on shellfish, such as blue mussels and soft-shell clams, threatening one of the state’s major wild fisheries. Those resources could be in even more danger in the coming years because of a more aggressive breed of green crab now showing up in the state’s waters.

The crabs are coming into Maine from Nova Scotia, Canada.

“Simply walking up to the tank full of Canadian crabs made them go wild and jump at us,” Markus Frederich, Ph.D., professor in the Department of Marine Sciences, tells the New York Times.

Louis Logan, a UNE graduate student, had the unpleasant task of labeling the crabs captured for research.

“Any time I went down to grab one they went to grab me instead,” he says.

Besides speaking with the New York Times, Frederich recently sat down to discuss his research with the Associated Press. The story was picked up by news outlets across the country including Fox News, the Boston Globe and the Chicago Tribune.

“What we’re seeing is this insane level of aggressiveness,” Frederich tells the Associated Press. “They are the most aggressive crabs ever seen. We don’t understand yet why they are so aggressive."

Frederich is now conducting research, on cellular and genetic levels, to try to understand what makes the crabs more aggressive. It’s research that could have an impact on the state’s lucrative clamming industry.

“The crabs have a high potential for destroying soft-shell clams, eelgrass beds and who knows what else,” says Frederich.

The broad range of tests being conducted include the impact that changes in water temperature and salinity have on the crabs. The crabs are even put on a small treadmill, a stress test to help determine how long they can run and how resilient they are.

Because the crabs are a non-native species and they are so destructive to native resources, DMR is focusing its regulatory efforts on reducing green crab populations rather than their management. It is working closely with industry, academe, and municipal shellfish programs to monitor and contain the spread of green crabs.

Frederich hopes by learning more about what these aggressive crabs do, some solutions can be found.

“Once we find that out, it might lead to potential solutions. But we’re still far away from that,” he says. 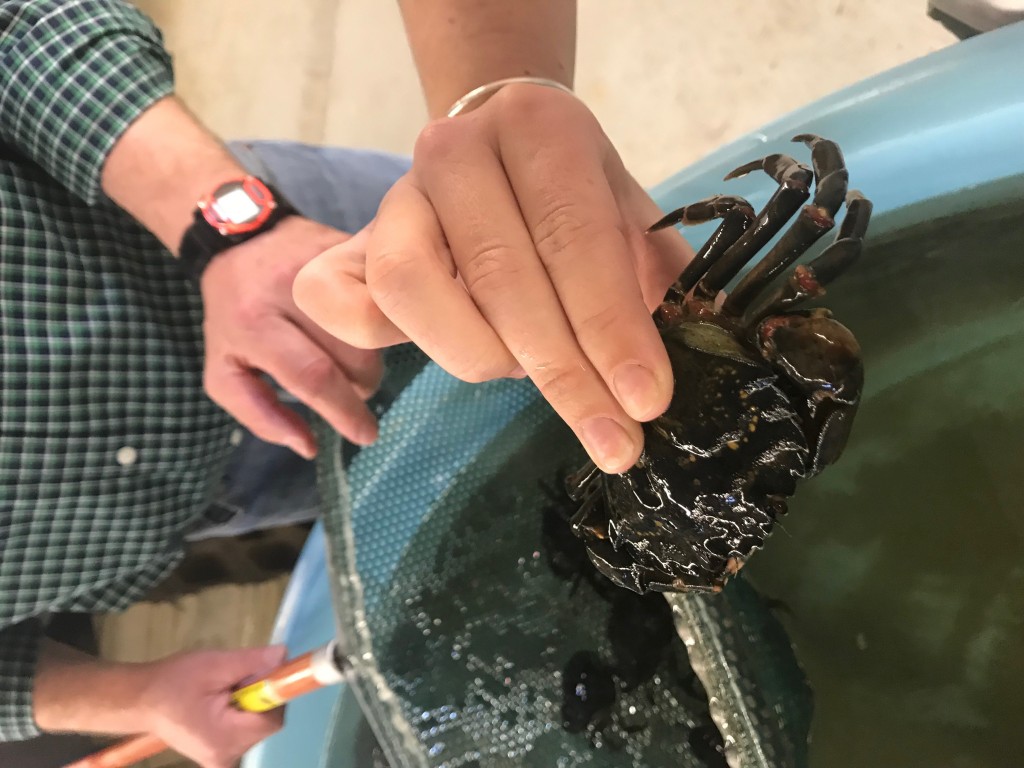 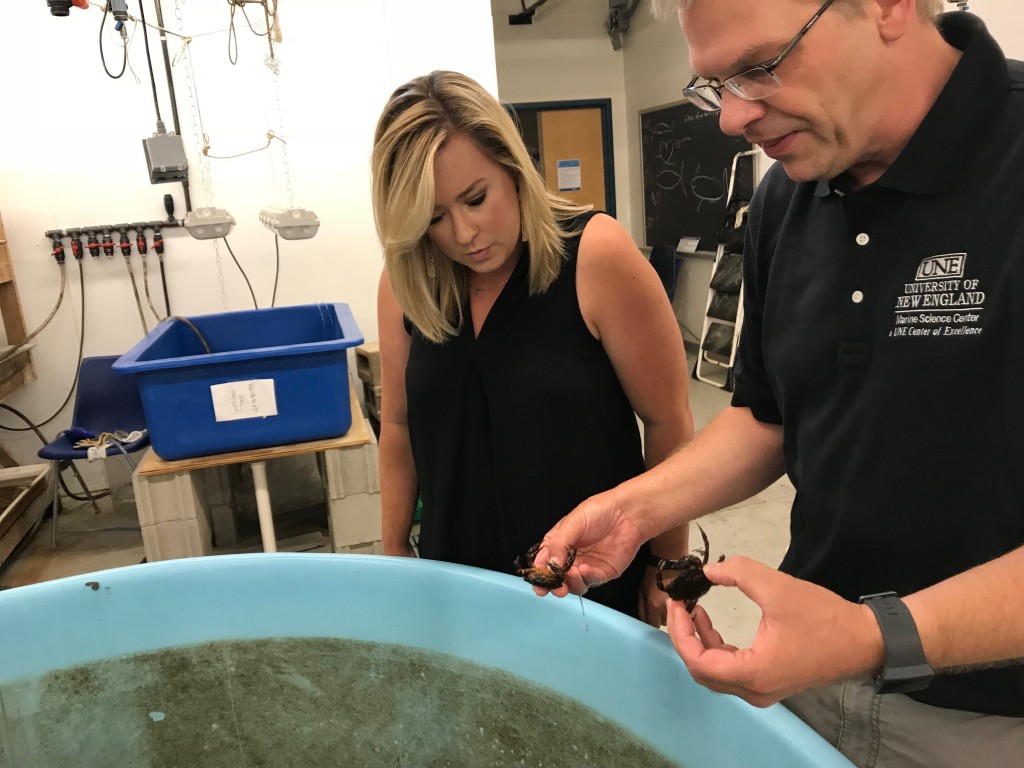