Noah Perlut looks for gulls along the waterfront in Portland

Noah Perlut, Ph.D., associate professor and department chair in the Department of Environmental Studies, recently presented his research on the movements and survival of herring gulls at the 43rd Annual Conference of the Waterbird Society held at the University of Maryland Eastern.

The Waterbird Society is a United States based ornithological society, focusing on the behavior, ecology, and conservation of water birds.

The herring gull population is in decline in the Gulf of Maine. Little is known about the movements and habitat selection of the species during the pre-breeding sub-adult phase. Perlut has been studying the nesting colonies of the gulls on rooftops in Portland and on Duck and Appledore Islands. 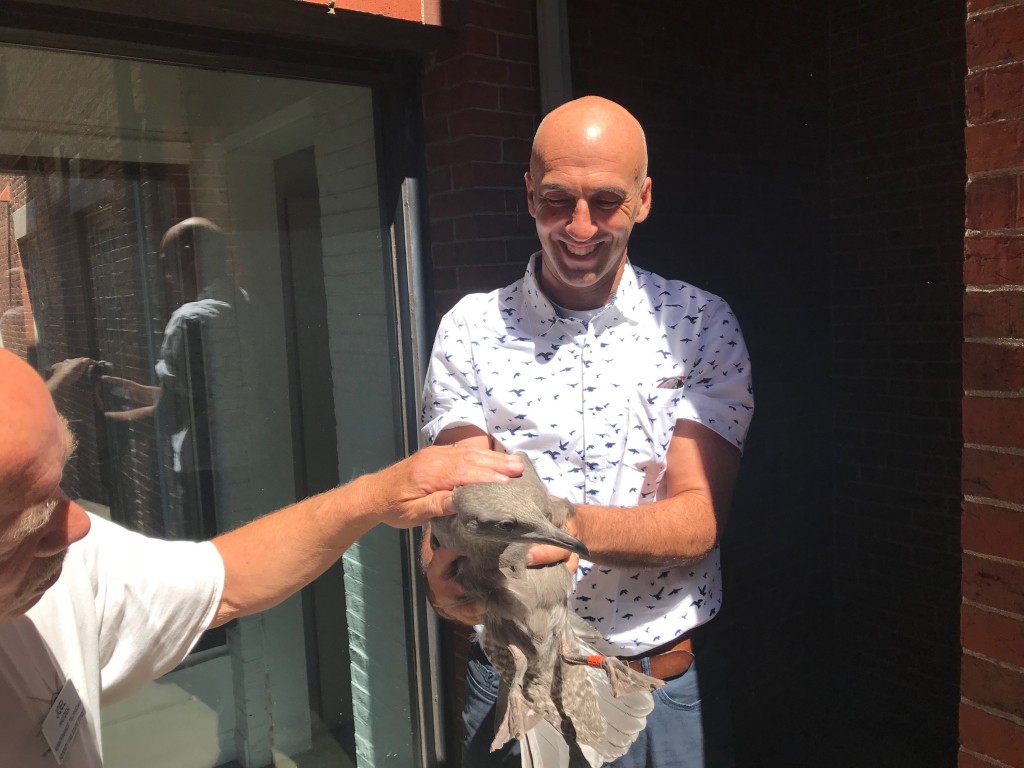