Thomas Klak, Ph.D., professor in the Department of Environmental Studies, is passionate about the work he does to restore the American chestnut tree. On Earth Day, he invited someone to UNE who is just as passionate.

Allison Oakes, Ph.D., of the College of Environmental Science and Forestry at the State University of New York, is part of a team of scientists that has created a fungal blight-tolerant American chestnut tree.

Klak says he wanted to hold an Earth Day event that highlights what people are doing to help heal the Earth and reverse the destruction of it.

“We know how degraded our environment is, so what are we doing about it?” Klak mused. “This is a great topic because Dr. Allison Oakes’ work is a major step forward in bringing back a keystone species of the eastern United States forest.”

The American chestnut was all but destroyed more than 100 years ago by an accidentally-imported fungal blight that is still killing the few remaining trees today. The blight has wiped out an estimated four billion chestnuts.

Oakes and a team of scientists have created a blight resistant tree by inserting one gene from wheat, which is naturally tolerant of the blight, into the chestnut.

“We said, let's try putting this gene into the chestnut tree and see if it allows the chestnut to break down the acid from the fungus,” explained Oakes. “Lo and behold, it did.”

Oakes and her team are now seeking approval from government agencies, including the United States Department of Agriculture, to make the blight-tolerant gene available for public dissemination.

At UNE, Klak and his students have been working to collect seeds from the few remaining wild American chestnut trees and to grow them out to capture and preserve the species’ natural genetic diversity. Bringing Oakes to Maine allowed Klak and his students to learn more about her work and to discussion possible collaborations in the future.

It also gave students the opportunity to meet someone at the forefront of American chestnut restoration efforts, “so that they could have an intimate interaction with a major scientist that's involved with a really important ecological project”, stated Klak.

Thor Arnell (Sustainability and Business, ’19) says learning about Oakes’ project provides extra motivation for the work he and the other students are doing in Klak’s class.

The students are overseeing 850 American chestnut seedlings now growing in the UNE greenhouse. Soon, the seedlings will be planted in germplasm conservation orchards across Maine.

“It really is such an important thing that we are doing here to help bring it back,” he said, “whether it's growing chestnuts or just learning about their cultural significance and their importance to the ecosystem.” 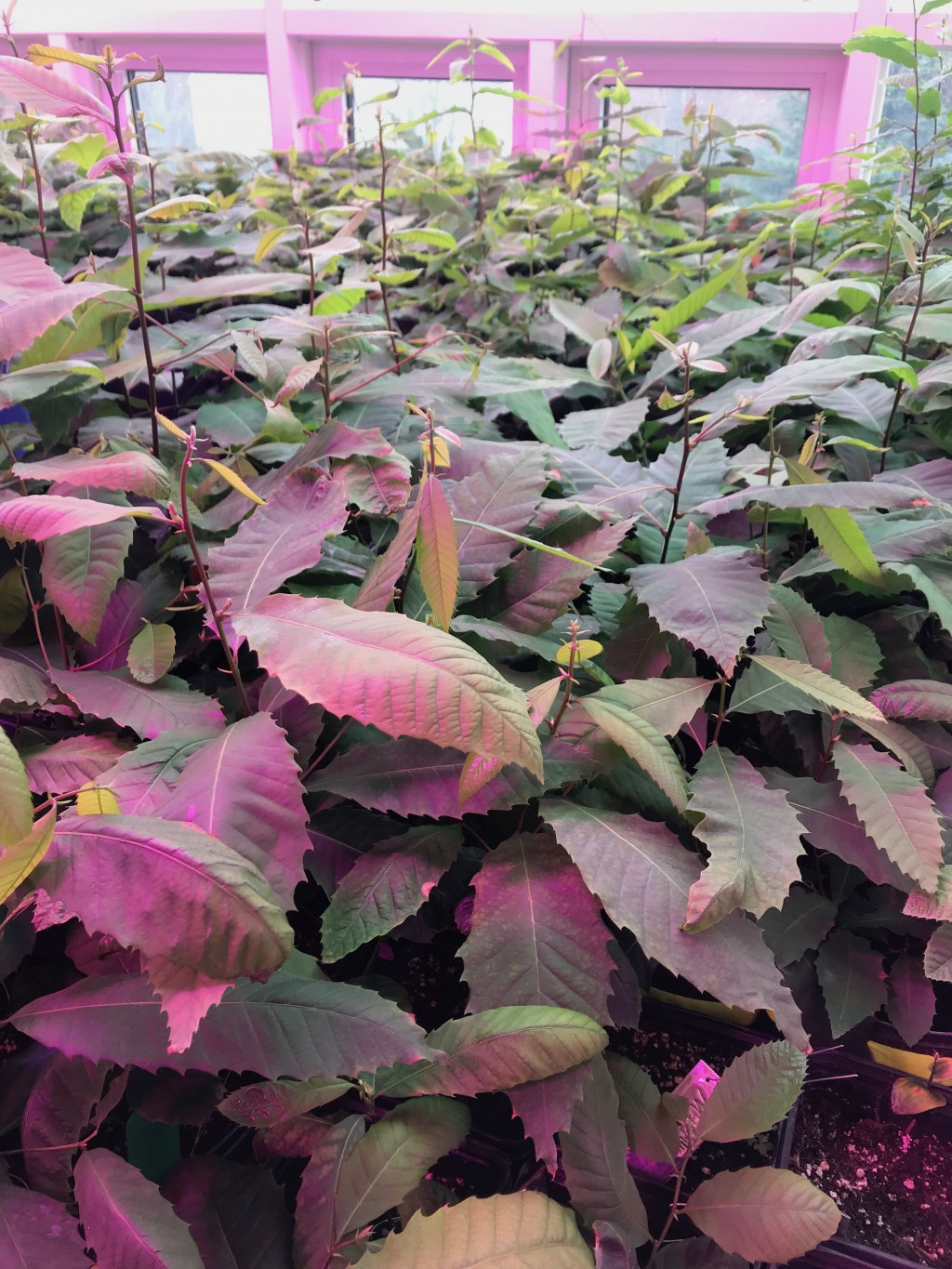 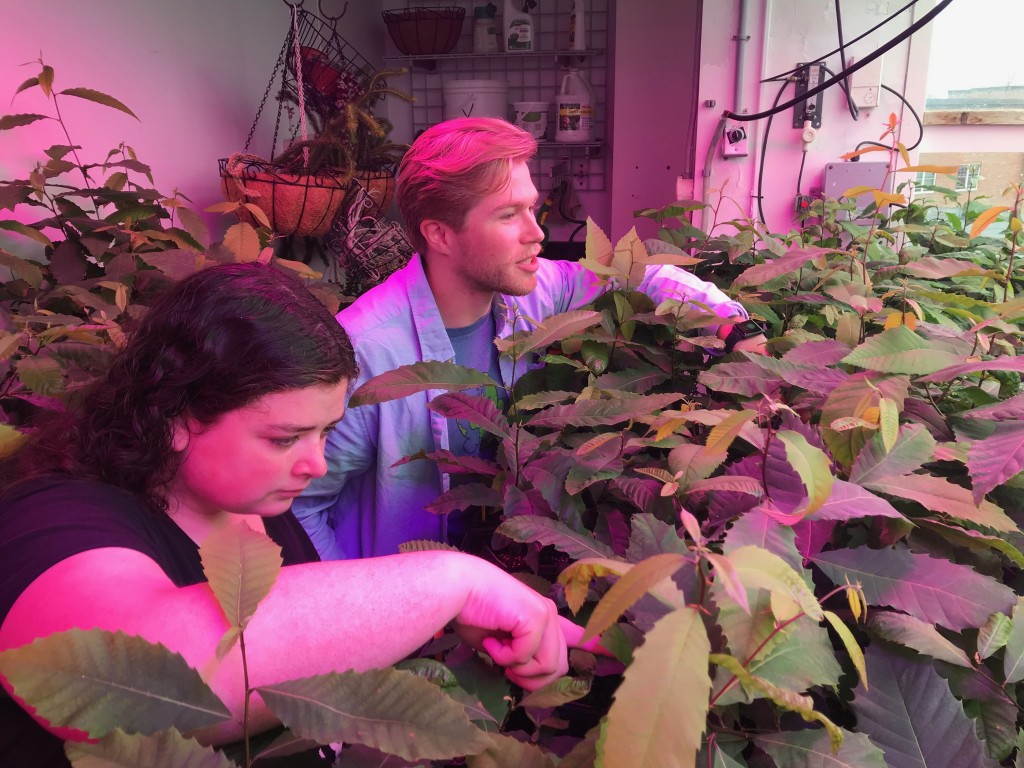