To reach students in her Exploring Education class, Carol Marcotte, Ph.D., senior lecturer in the Education Department, decided to bring in a series of guest speakers to discuss the importance of education.

“I brought someone in who was a Business major and now they're a business manager in a school department,” Marcotte stated. “I invited a school superintendent who used to be a Phys Ed teacher because we have a student majoring in Applied Exercise Science and I reached out to a psychologist who works in education for our student majoring in Psychology.”

Marcotte wanted the students to realize that their career paths may eventually lead them into the field of education, even if they don’t become teachers.

“I wanted to show them how careers can cross into education,” she explained.

Education played a huge role in the upbringing of Marcotte’s most recent guest. For her student majoring in Political Science, she invited United States senator from Maine, Angus King, who appeared via Skype from Washington.

King told the non-Education majors they may not be interested in a career in teaching now, but that could change.

“Teachers make an enormous difference in people's lives,” King commented. “It's a respected and an important profession. You can make a real contribution to your community, your state and to individual students. I hope you'll consider it.”

King also told the class he has fond memories of the University of New England. His son Ben graduated from UNE in 2013 and played on the Lacrosse team.

“I traveled to UNE to watch games on the blue turf,” he said. “So, I know the school well, and I'm delighted when I have a chance to visit.” 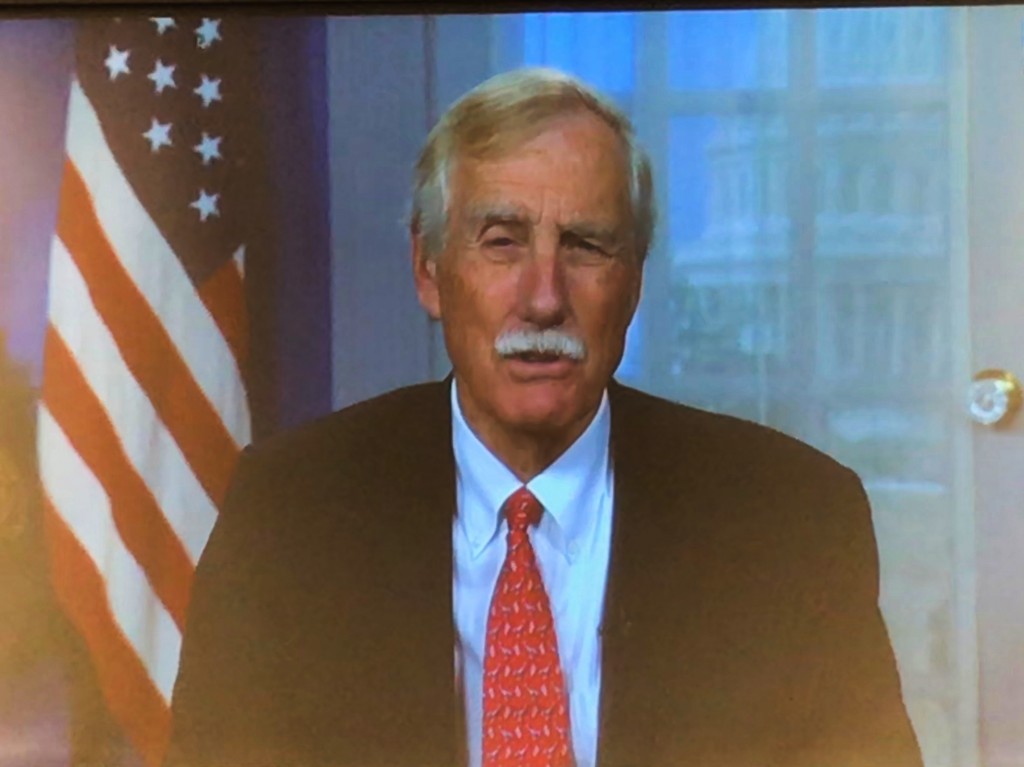 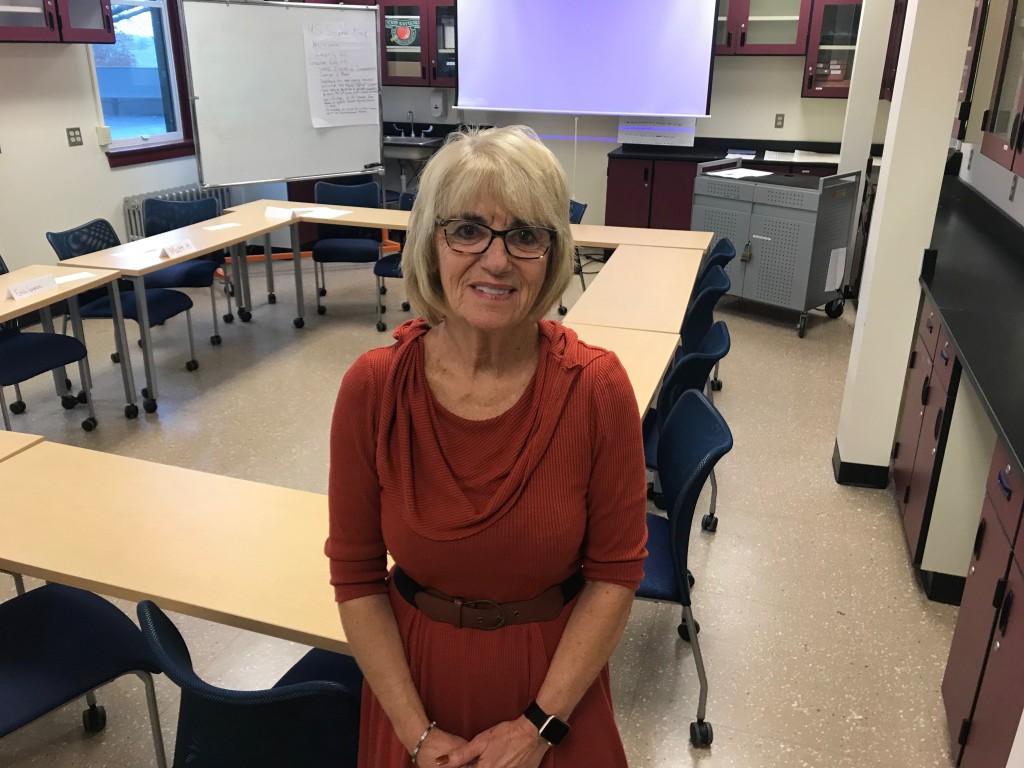