On a sunny, slightly breezy day, a team of marine researchers and their partners headed out on Saco Bay to begin harvesting seaweed that has been growing all winter at their experimental farm.

The harvest was recently featured in news reports from the Portland Press Herald, WCSH and WMTW.

“Our kelp is as big as its going to get,” Adam St. Gelais, M.S., UNE assistant research scientist and UNE NORTH assistant director for science, told WMTW. “We’re ready to harvest it so that we can get out of the way of the lobstermen, and they can get out there and start doing their thing.”

The team is in the middle of a three-year research project funded with a $1.3 million grant from the Department of Energy to develop a tool for modeling open ocean seaweed farms. The project is led by Professor David Fredriksson of the U.S. Naval Academy and Professor Barry Costa-Pierce of UNE, in collaboration with Maine Marine Composites and Callentis Consulting Group.

"You always hear that Maine has this incredible vast coastline, 3,500 miles of it, and you would think we could have seaweed farms all over," St. Gelais told WCSH. "In fact, the inshore Gulf of Maine is a really busy place. We have shipping lanes, lobstermen, and there's only so many places you can tuck in a seaweed farm in a nice protected place.”

The goal of the project is to use large-scale seaweed farms in the open ocean to grow seaweed for a variety of uses, including food, fuel and other commercial products.

"The great crisis on this planet with 10 billion people is going to be food, water, waste, and shelter," Barry Costa-Pierce, Ph.D., executive director of UNE NORTH: Institute for North Atlantic Studies, stated to WCSH. "Seaweed could be just as important as any agriculture revolution we've developed on this planet."

The harvest took place a week after researchers from the Woods Hole Oceanographic Institute (WHOI) came to UNE with high-tech equipment, which included sensors and cameras, to get an overview of the seaweed farm.

“We were mapping kelp beds, looking at growth rates, seeing what information we can get from the sensors and how useful this technology will be in kelp farming,” explained Kevin Manganini, research engineer with WHOI.

The WHOI researchers are also studying the development of seaweed farms in Massachusetts and New Hampshire, to use as a comparison to UNE’s farm.

“Getting the New England scope of kelp farms is a good comparative measurement that we have,” explained Liz Johndrow, seaweed technician at the Marine Science Center.

“It’s helping us to map growth rates and to see if we can better understand how kelp is growing throughout the season.”

UNE recently received state approval to expand the experimental seaweed farm from its current small size off Wood Island to four acres in Saco Bay. The process to begin growing seaweed for the farm will begin in August inside the Marine Science Center and will move to the ocean in October.

“It's really exciting to be a part of something that you can visually see growing in front of you,” Johndrow remarked to WMTW.

Watch the reports on WMTW and WCSH. 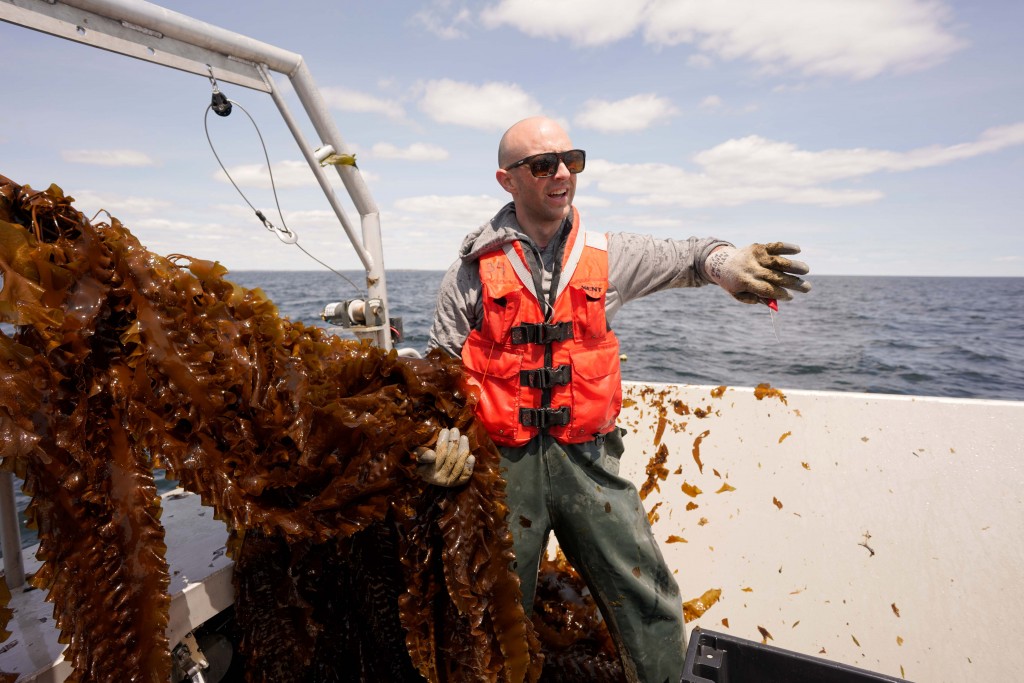 Adam St. Gelais is overseeing the project being funded with a Department of Energy grant
Image 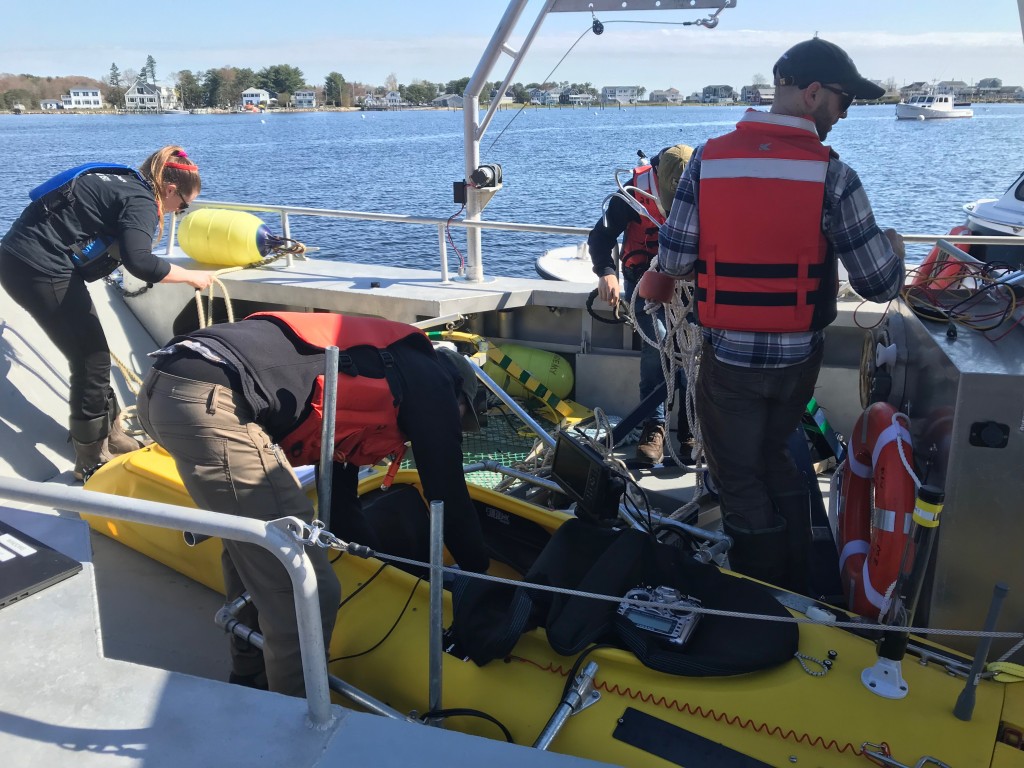 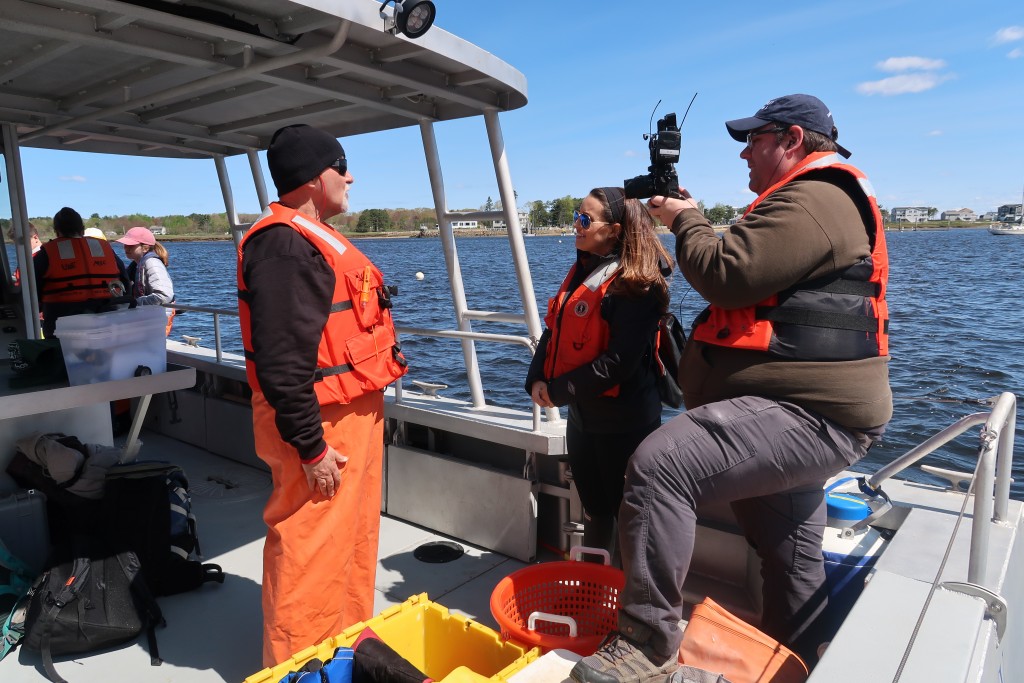 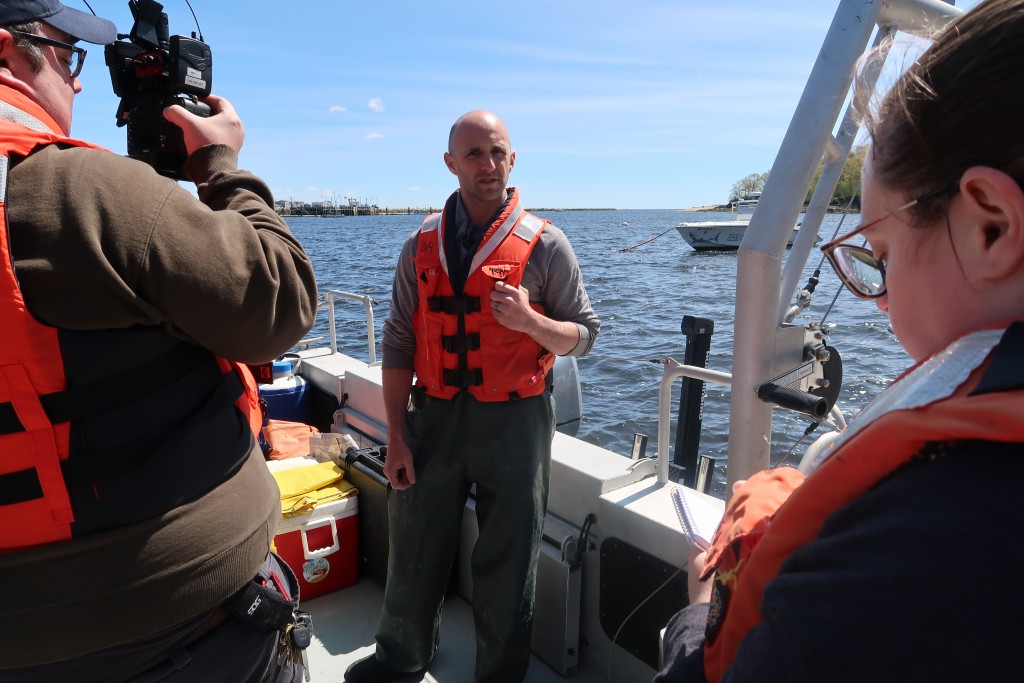 Adam St. Gelais being interviewed by WCSH and Gillian Graham of the Portland Press Herald