UNE students step up to clean up Camp Ellis

UNE students from the marine, environmental and nursing programs joined other volunteers in cleaning up Camp Ellis

Look across the water from UNE’s Biddeford Campus, and you’ll see Camp Ellis in Saco.

Recently more than 50 students from the marine, environmental and nursing programs boarded the School of Marine Program’s boat RV Sakohki to make the short trek across the Saco River. Once there they joined other volunteers in cleaning up the area.

This was the second year Kiara Frischkorn (Marine Affairs, ’22) helped put the clean-up event together. She worked this year with co-organizer Shayna McGehee (Envirornmental Studies, ’21 ).

“This year we collected more construction equipment and less fishing equipment, however, plastic bait bags are still a huge problem,” Frischkorn said. “The most dangerous item we managed to get off the beach was a chunk of concrete with nails, chains, a hammer and various other sharp objects sticking out of it.”

The event was sponsored by the School of Marine Programs (SMP) and the ECO club.

“This type of hands-on, goal-oriented activism is exactly what I love about the students here at UNE,” stated Charles Tilburg, director of the School of Marine Programs. “The entire event was organized and supervised by two students. That so many students showed up and pitched in is a testament to the passion and drive of our students.”

The students were joined by Lovell Marston, mayor of Saco.

“I joined students who understand the political adage, 'think globally, act locally,'” Marston commented. “This phrase was coined by David Brower, a mountaineer who became concerned with the degradation of the environment in the 1930s. These UNE students are carrying on Mr. Brower’s work. I look forward to the continued leadership of these UNE students as we confront the ecological shifts likely to occur in the twenty-first century.”

Old beer cans, cigarette butts, clothes, discarded furniture and a 200-pound boat engine were among some of the other items removed from the area. 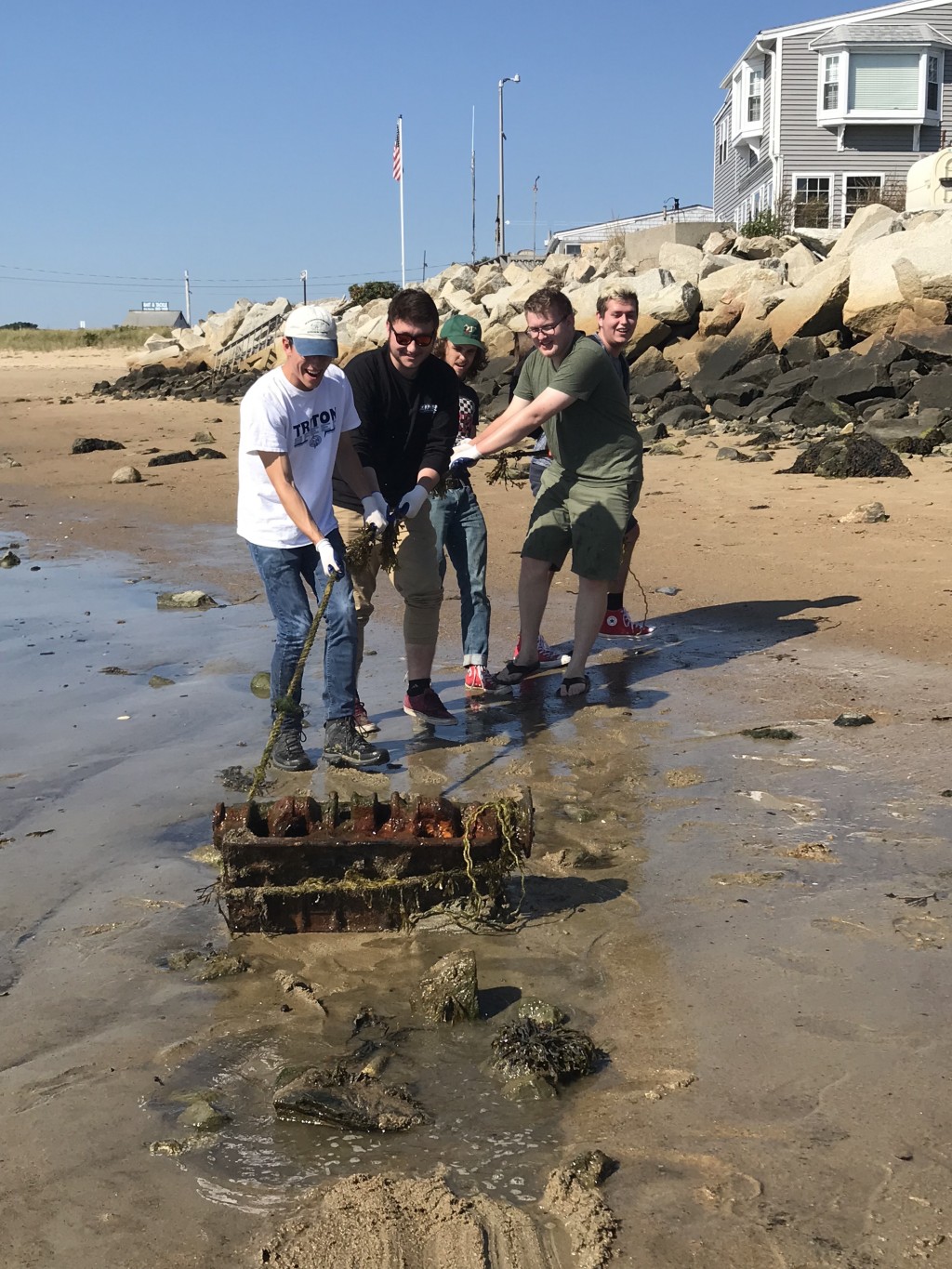 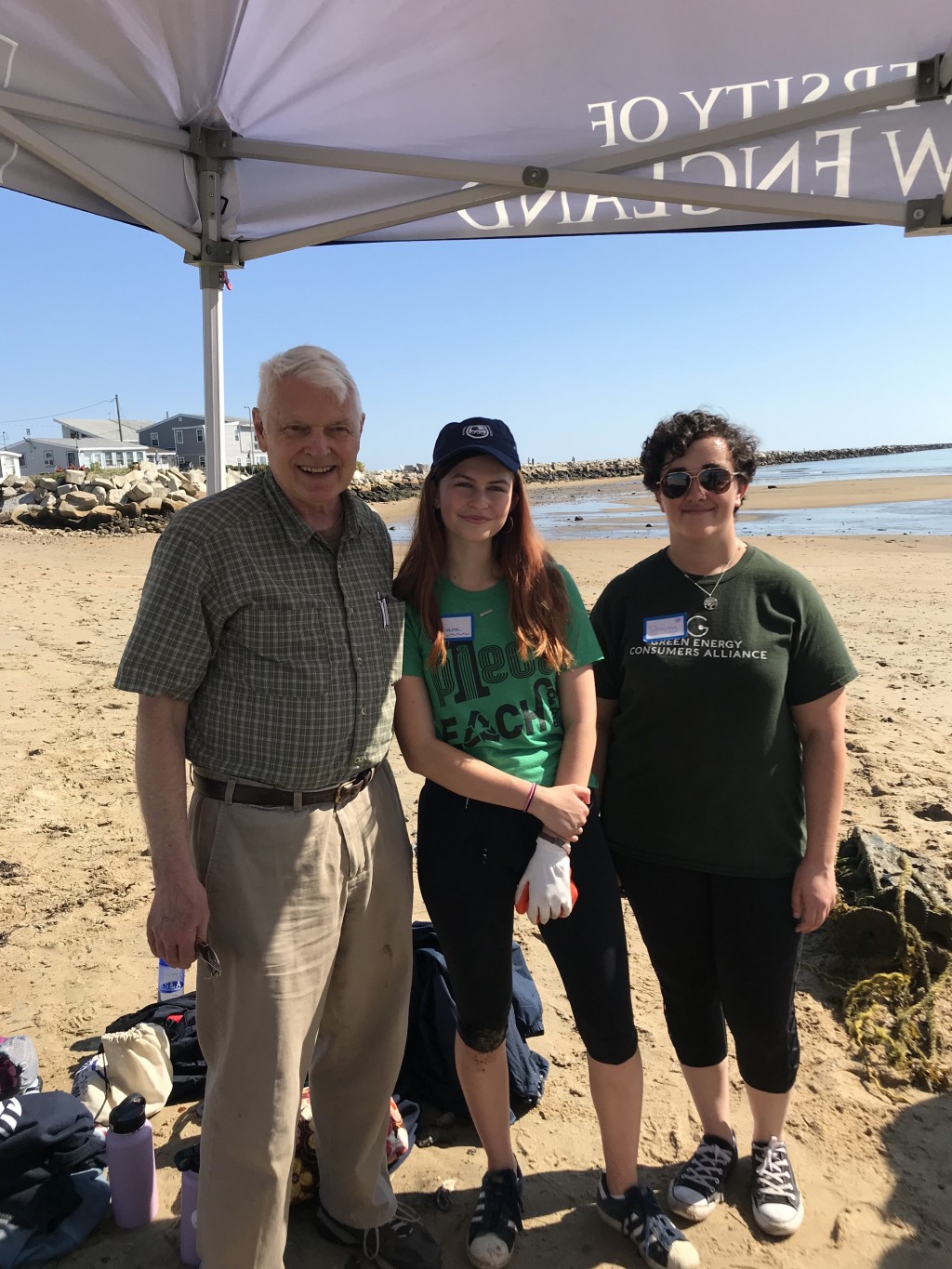