In a wooded area of Cape Elizabeth, not far from where the land meets the sea, Thomas Klak has found nirvana. The plot of land, along a single dirt road, contains a national treasure — a rare collection of still-living American chestnut trees, most of them slowly dying of fungal blight, which Klak hopes to breed for restoration.

For many months, Klak, Ph.D., a professor of environmental studies at the University of New England, has worked with his students to speed-breed seedlings of the American chestnut, once so prominent in the Eastern United States that it was dubbed the “redwood of the East.”

But the trees have been decimated over the last century by a fungal blight accidentally imported from Asia. The parasitic fungus causes visible, sunken cankers along the trees’ trunks and spreads toxic compounds into their living layers. Trees dying from blight can be seen expiring from the top down as they try to bring resources up from their roots, only to have their circulation cut off by the blight cankers.

In total, more than 3 billion of the keystone species have been wiped out since the blight was first detected in the early 1900s, but Klak and his students are working hard to reverse the destruction.

Their seedlings have been cross-bred with a gene from wheat that allows them to tolerate the fungal blight. It is a gene that is present in many wild plants, including grasses and mosses, and in foods like bananas and strawberries.

It is a unique solution to a persistent problem. UNE is among the few colleges and universities across the country that have the blight-tolerant seedlings, and it is the only institution in New England where students are working with them. A special permit from the U.S. Department of Agriculture (USDA) allows UNE to grow the seedlings to produce the blight-tolerant pollen.

And, on Friday, July 17, with USDA permission, the team pollinated the first wild chestnut trees with their blight-tolerant pollen — the first time the work had been done in Maine.

Using a hydraulic lift, soaring 50 feet into the air to the treetops, Klak and his crew delicately tipped some of the pollen onto the flowers of the chestnut trees. They placed paper and wire bags over each flower cluster to prevent pollen from other wild trees from entering them (and to protect the seeds from ravenous squirrels).

The work had been planned for some time, though Klak’s current students were not able to partake in the pollination due to the novel coronavirus pandemic. But joining Klak was Flynn Willsea ’19 (Environmental Science), Albert Faust, president of the Maine chapter of the American Chestnut Foundation (ACF), and Larry Totten, a Maine chapter board member.

Willsea worked with Klak as a UNE student and was one of the first students to become involved in the chestnut restoration project. During that time, he helped tend to the seedlings in Klak’s greenhouse in the Harold Alfond Center for Health Sciences.

“I'm very glad that I've been able to see this restoration project go all the way through, from first seeing a presentation in class and then getting out here and actually going up in the lift and pollinating the trees,” Willsea said. “It's pretty amazing to see it come full circle.”

If the seedlings can restore the American chestnut, Klak said, it would be the greatest comeback of any tree species in North American history.

“The American chestnut used to be the most important tree of our Eastern forests,” said Klak, who is vice-president of the Maine ACF chapter. “What we are seeing right now is a major breakthrough and step forward in chestnut restoration in Maine.” 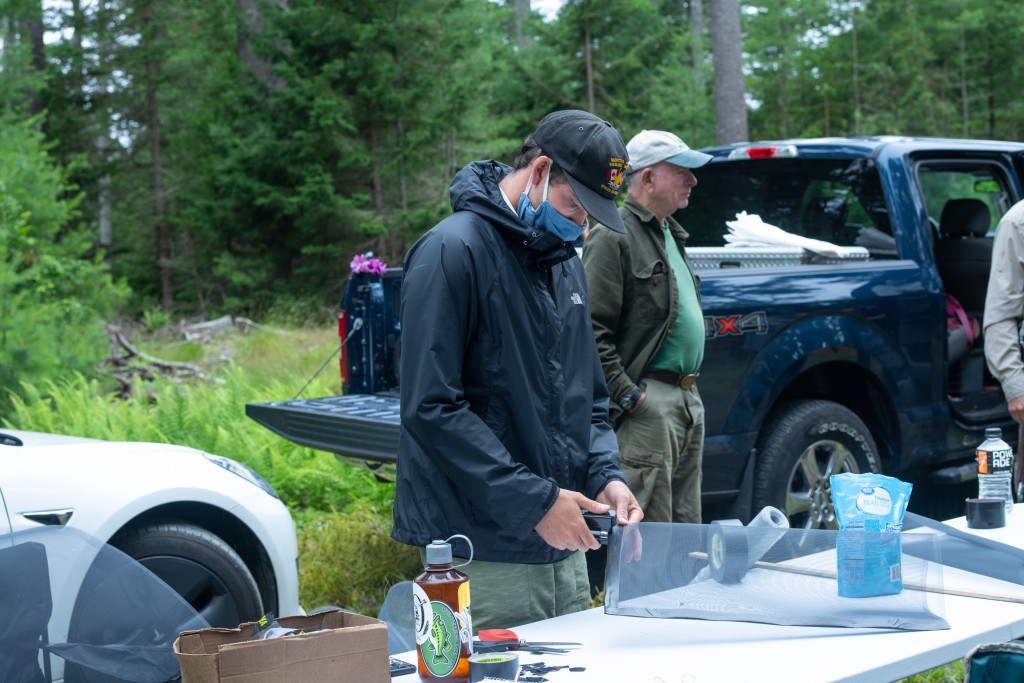 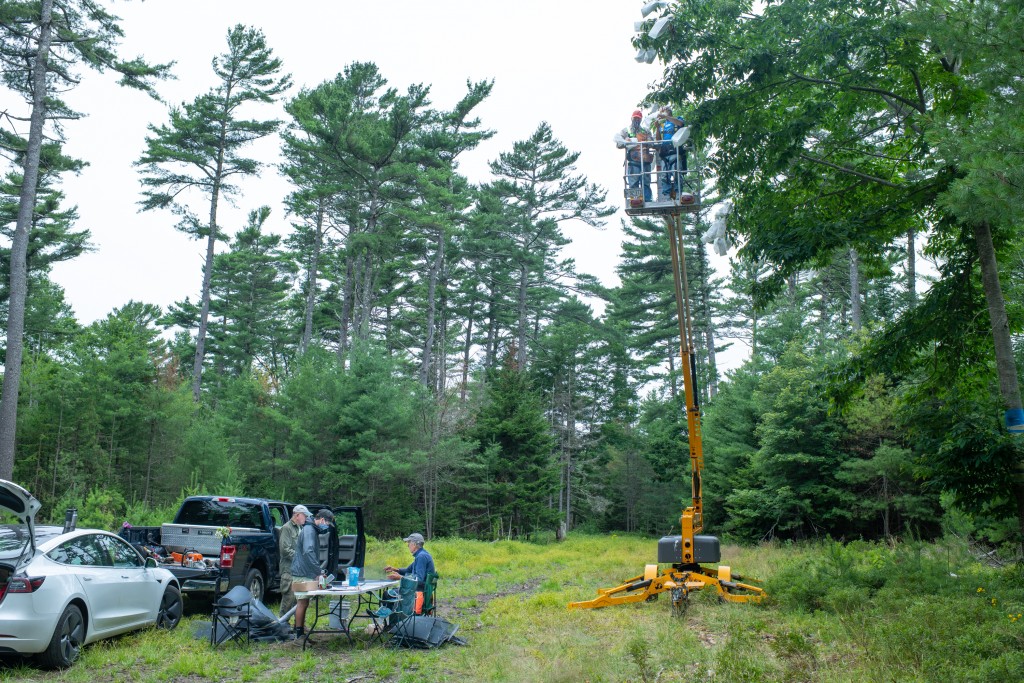 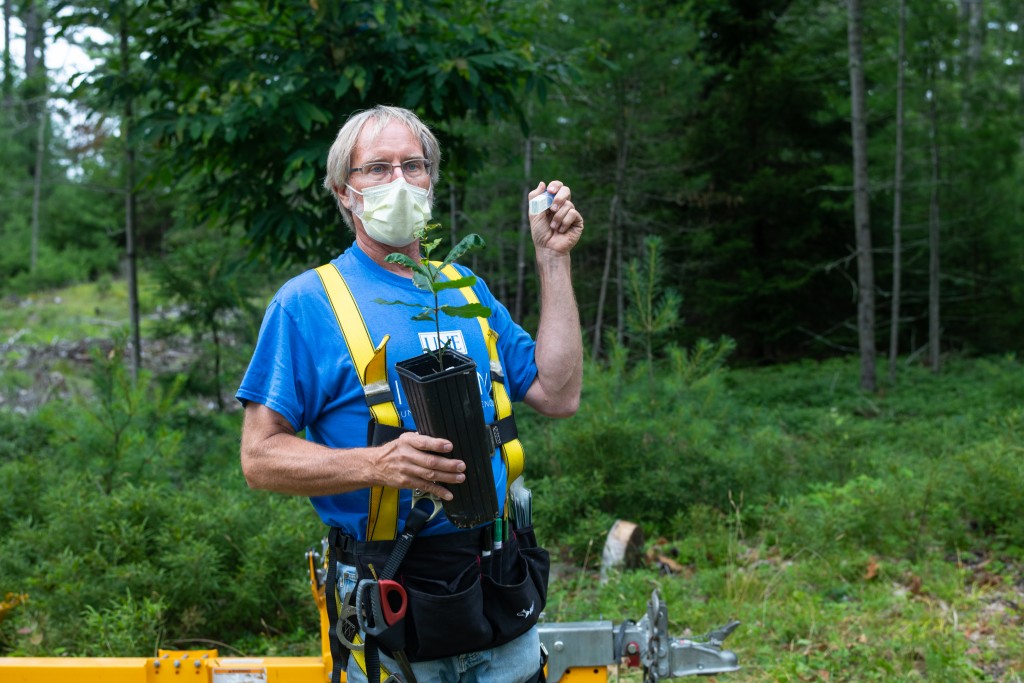 Klak holds up a vial of the blight-tolerant pollen.