In 1994, nearly two and a half months ahead of schedule, Haley Pelletier entered the world. She weighed just 2 ½ pounds.

Because she was so prematurely born, Pelletier spent a total of 54 days in the neonatal intensive care unit (NICU) at the Barbara Bush Children’s Hospital (BBCH) at Maine Medical Center in Portland before being released to her family.

Twenty-six years later, Pelletier has overcome the odds. A double alum of the University of New England — having earned her Bachelor of Science in medical biology in 2016 and graduating from the UNE College of Osteopathic Medicine (UNE COM) this May — Pelletier is now returning to the BBCH as a pediatric resident with dreams of providing the same kind of care to children that she received so many years ago.

She said it was her care at the hospital as an infant, plus years of support from her own physicians and a strong interest in the sciences, that inspired her to pursue the field of pediatrics.

“I just always felt the pull to be a pediatrician,” said the Rome, Maine native. “I always found comfort in my pediatrician and other doctors and thought it was amazing that their knowledge of science and medicine could bring such reassurance to kids and their parents.”

A student athlete, Pelletier sought out a university where she could study science while simultaneously playing field hockey. Her search brought her to UNE, where she played for the Nor’easters for her four years of undergraduate education.

Pelletier’s years at UNE were formative, she said.

“I look back at who I was when I started at UNE as an 18-year-old and see just how much I’ve changed. My four years at UNE COM found me many awesome mentors, and I found pieces of knowledge within them that I hope to incorporate in myself as a future physician,” she said. “I met some of my best friends who are going to go on to do amazing things. I have support systems that I’ll carry with me through medicine that I don’t know I would’ve gotten somewhere else.”

She even found love at UNE — among Pelletier’s support systems is her husband, Zachary Zaniewski, D.O. ’20, whom she met at the UNE COM anatomy lab.

Pelletier will officially begin her pediatric residency at Maine Med in July. Due to the ongoing COVID-19 pandemic, she has been completing orientations via teleconferencing and in small groups at the Portland hospital’s campus but said she is excited to work with her patients, completing a 26-year cycle of compassionate care.

“I'm excited for my residency and to start taking care of patients. I think there's a lot of learning that will happen,” she said. “I’m nervous, but I'm mostly excited.” 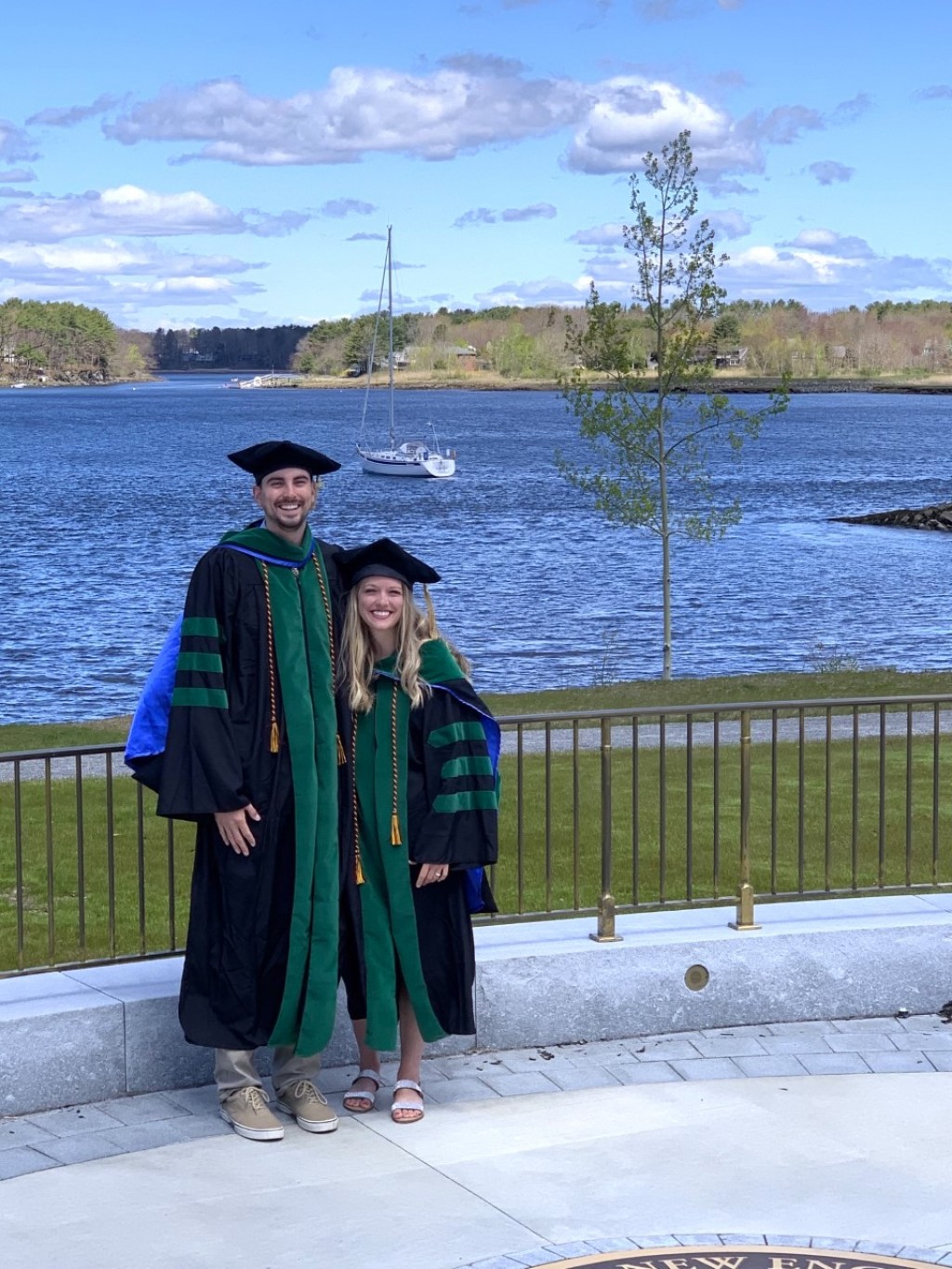 Pelletier with husband, Zachary Zaniewski, D.O. ’20, whom she met at the UNE COM anatomy lab.