Joe Wolfberg is checking in on older adults, making sure they are doing well during the pandemic

“Hi I am Joe Wolfberg. I am a UNE legacy scholar. I am in your same age group and I am calling to find out how you are doing,” the voice on the other end of the line says.

Letting people know that he is a peer is Joe Wolfberg’s way to break the ice when he’s calling to check in on them. Most of the older adults he calls are people he has never met.

Undaunted, Wolfberg goes through a list of the Center for Excellence in Aging and Health’s Legacy Scholars, a group of adults aged 55 and older who are participating as subjects in research studies at UNE on health and wellness in aging.

There are 430 of them. Wolfberg is reaching out to between 20 and 30 of them a day, making sure they are holding up well during the pandemic.

“It is really an open opportunity for them to talk about things, especially because people are somewhat isolated from family and people cannot get to visit them for whatever reason,” Wolfberg explained. “The problem is, many, many older people are the ones who are dying and there is this stigma that maybe we are the carriers of this as older people.”

Wolfberg lends a soothing voice and sympathetic ear to the people he is calling, in addition to providing information on services available to them.

“I am learning that there is a resilience to our older population,” Wolfberg said. “We shouldn't be surprised by this. These are folks who have gone through a lot in their lives.”

Miriam Congdon of Scarborough says she was surprised when Wolfberg called her.

“I thought it was fabulous,” she exclaimed. “It really shows that they care about the Legacy Scholars. It is just nice to know there is someone out there and paying attention.”

“With the outbreak of COVID-19, I really wanted to try to help out in any way possible,” he said. “Since I am only a first-year student, I am not in the hospital setting yet.”

Cheng recently started a research project studying the perspectives and attitudes of older adults coping with the pandemic. He believes making the calls will help with that and his educational experience overall.

“There is a lot to learn from older adults,” Cheng stated. “They have a lot of life history and experience. They love to share what they know and their perspective on things.”

Joe Wolfberg is also gaining some knowledge by making the calls.

“It made me think of my own self,” he said. “Here I am in the age group of the people I am calling. We are trying to acclimate ourselves to something that we have never experienced before and we are in the age group that is feeling the brunt of this. But, I am not alone and they are not alone.”

Wolfberg says the one question he hears the most is the same question that all of us are asking.

“Just about everyone I speak with asks ‘Where are we going from here,?'” he stated. “What is life going to be like when this ends?”

For that, Wolfberg does not have an answer, but he assures everyone he speaks with that he is  available to talk again should they have any other questions or concerns.

“Thank you so much for listening,” he says before hanging up the phone. 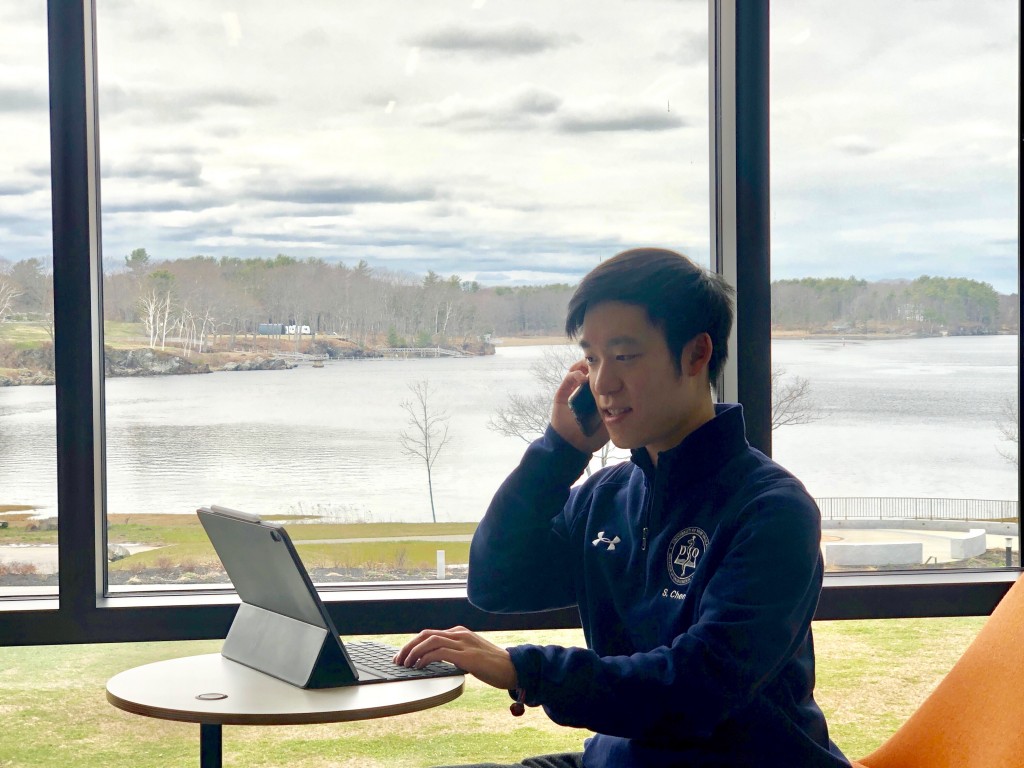 First year COM student Stephen Cheng is assisting Wolfberg. He is also conducting research on the perspectives and attitudes of older adults coping with the pandemic