The eggs resulting from the spawn must now be disinfected and water hardened before being transported just up the road from UNE’s Biddeford Campus to the SSRA&H where they will be cared for by UNE students and hatchery volunteers. The eggs will remain at the hatchery in specially designed egg trays until they are ready for egg planting in the spring.

As work to establish a permanent upstream passage for species such as the Atlantic salmon continues on the Saco River, the hope is that a percentage of the eggs will hatch, grow, and return to the river as adults to spawn.

“Despite all the challenges presented by this year, we have achieved our goal of producing viable eggs,” commented Aurora Burgess, M.S., assistant marine scientist in the School of Marine and Environmental Programs. “Having the opportunity to safely work with students and involve them in this project has been very rewarding. It is exciting to see the culmination of their early work paying off as we begin to produce eggs for the SSRA&H.”

Brood stock were transported from the hatchery to UNE in June.  Marine science students and staff provided daily care for the fish, the water, and the recirculating system. In October, students began performing maturation checks to identify fish that were ready to spawn. The first signs of maturity were noted in November and the first successful spawn occurred earlier this month.

UNE established a partnership with SSRA&H last year to provide expertise, student interns, and volunteers to assist in restoration efforts. Those efforts include year-round activities related to the raising of salmon, stocking wild Atlantic salmon in local habitats, maintaining adult salmon housed at the MSC, and compiling and organizing data. 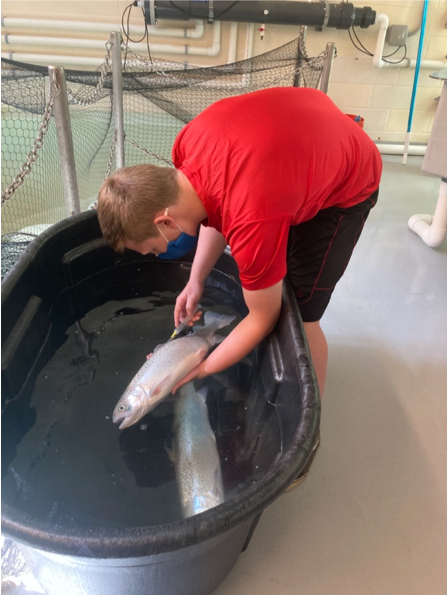 Student Brian Alper inserts a tag into an anesthetized salmon 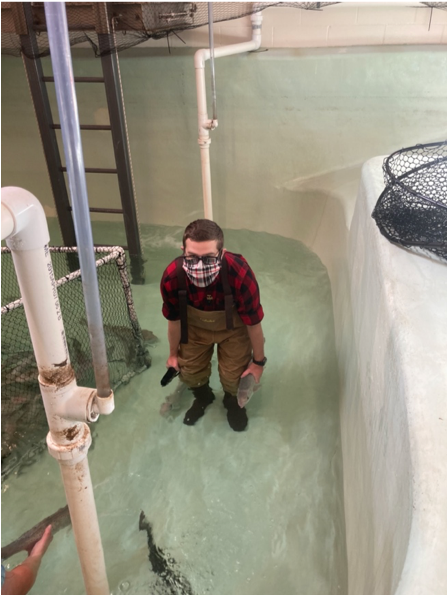 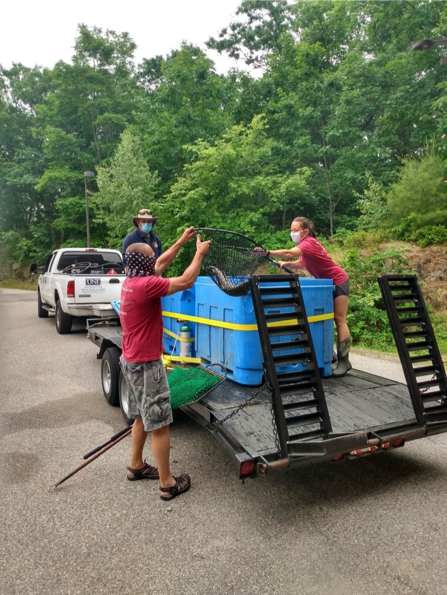