Body image, anxiety, and depression — but also hope — were among the topics of a keynote presentation by former college athlete and motivational speaker Victoria Garrick at the University of New England’s Biddeford Campus on February 3.

Garrick, a former volleyball player for the University of Southern California (USC), discussed her struggles with mental health as an athlete for the No. 1 ranked team in the nation.

“My dream was coming true right before my eyes … but I became a version of myself that was really unfamiliar to me, and I didn’t like her,” Garrick said to a packed audience of over 500 people in the Harold Alfond Forum.

The event, titled “The Hidden Opponent: Mental Health and the Student Athlete,” was part of a larger conversation being held at UNE around the mental health of student athletes.

“Student athletes are often under tremendous pressure from parents or peers to look or perform a certain way. This can lead to uncontrollable anxiety and even depression,” said Katie Hawke, M.S., associate clinical professor in the Department of Exercise and Sport Performance at UNE.

Mental health challenges can express themselves in self-destructive behaviors, Hawke explained, including over-exercising, unhealthy relationships with food, or experimentation with drugs and alcohol — behaviors Garrick discussed in her talk to an interprofessional group of students and athletes.

Garrick walked onto the USC team and became a four-year starter. There, she won a Pac-12 championship, made two Elite Eight appearances, and served two seasons as captain. During her sophomore year, she began publicly advocating for student athlete mental health and delivered a TED Talk on mental health and body image issues faced by student athletes.

In her talk at UNE, Garrick discussed the pressures to be perfect that she experienced both on the court and on social media.

“We look at social media, and we see people absolutely killing it, and we come back to our lives and say, ‘How can I be as happy as them?’” Garrick explained. “I wasn’t as happy as I thought I was, so I posted things to make it look like I was happy. I was obsessed with building or portraying this perfect lifestyle.”

Hawke said it is common for student athletes to feel those pressures.

“I think students have high expectations of themselves, and that pressure to excel in everything that they do is real,” she said. “That time commitment to their academics (and) to sport is still in high demand.”

UNE’s men’s basketball head coach Ed Silva said there is still stigma around mental illness, particularly when it comes to student athletes. Often times, he said, students have the perception that they are weak if they are struggling.

But, he explained, that perception is beginning to change, due in part to athletes like Garrick who work to bring attention to the issue.

“There’s an awareness that this needs to be acknowledged,” Silva said. “There’s still stigma, but it’s breaking down a little bit as these superstars come out and talk about it.”

That stigma, Garrick said to the audience, teaches people to hide their mental health issues rather than confront them and seek help.

“The culture we live in stigmatizes mental health and convinces us that it’s just something we can brush to the side,” she said. “I’m not just some weak person … I’m a brave person for getting help.”

UNE held a community discussion around mental health following Garrick’s talk, and Garrick herself took time to meet with students and take pictures.

“The Hidden Opponent” was organized by the Center for Excellence in Collaborative Education (CECE) with support from various campus sponsors, including the UNE Office of the Provost; UNE Athletics; Westbrook College of Health Professions; the Interprofessional Simulation and Innovation Center; Department of Exercise and Sport Performance; and Department of Health, Wellness, and Occupational Studies. 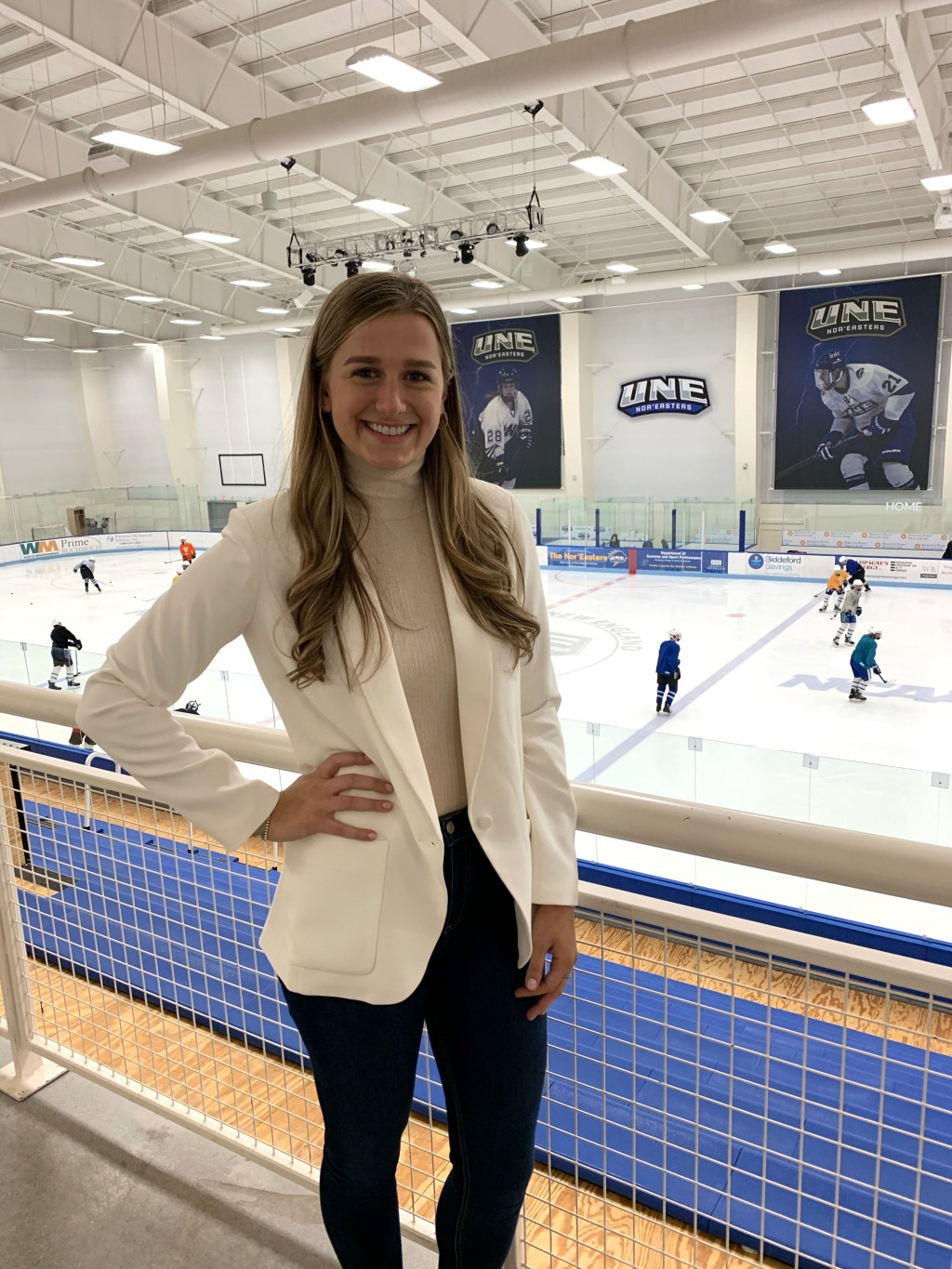 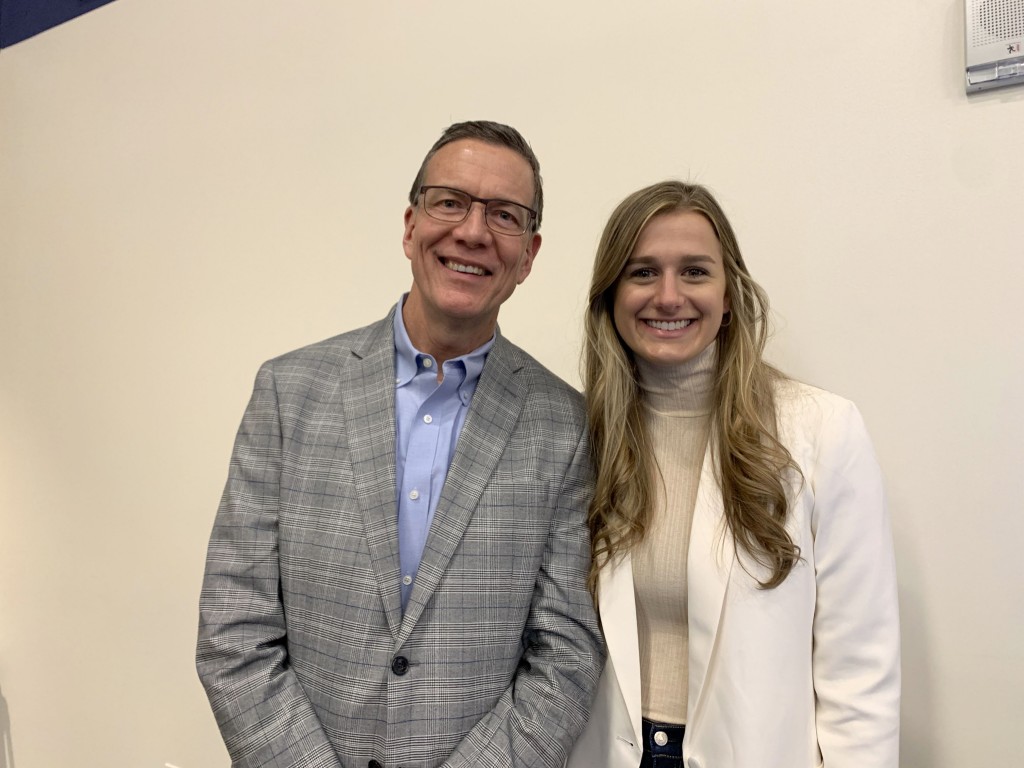