The University of New England Birding Club recently held a charity birding event to raise funds for the Biddeford Food Pantry, in total donating $2,089 to the city’s food bank.

Over the weekend of April 10-11, the club hosted a “Big Day,” in which members birded for 24 straight hours in York and Cumberland Counties. Starting at the Smith Preserve in Kennebunkport and ending at Timber Point in Biddeford, the group traveled to 17 different spots and identified 97 total species.

Xander Vitarelli (Environmental Science, ’22), president of the Birding Club, said the group had originally planned to host the Big Day to fundraise for their upcoming trip to the World Series of Birding in May but saw need for the money locally and decided to help.

“Many people have struggled in the past year and a half, and so we wanted to give back to the community that has hosted us for so long,” said Vitarelli, a Harlem, New York City, native. “I’ve always wanted to use birding for good. It’s hard to communicate how exactly you can take bird-watching and make it charitable, but I felt it was important to take my passion and use it to give back.”

While many birds were spotted from Kennebunkport to Portland and cities in between, Vitarelli noted two of his favorites were the vesper sparrow, a small, brown songbird, and the northern gannet, a large seabird spotted soaring over the ocean.

The club still intends to travel to Cape May, New Jersey, for the World Series of Birding on May 8, though they need to raise funds. The event is the country's largest and most prestigious birding competition and provides participants and sponsors with a fun and interactive way to raise money for critically needed conservation priorities. 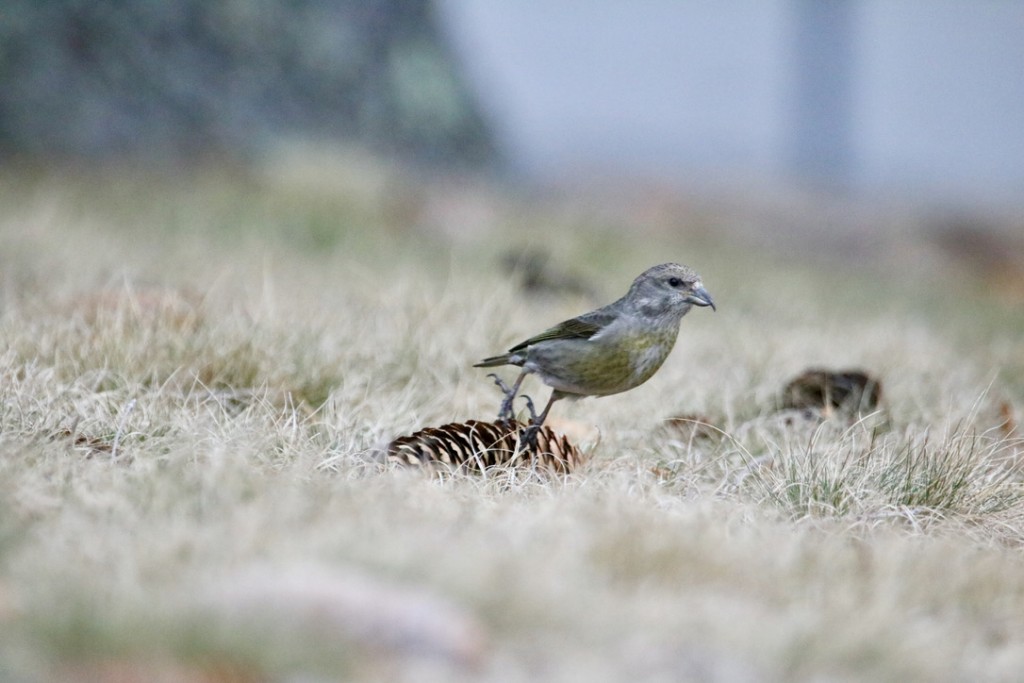 A Red Crossbill (Xander Vitarelli photo)
Return to all news